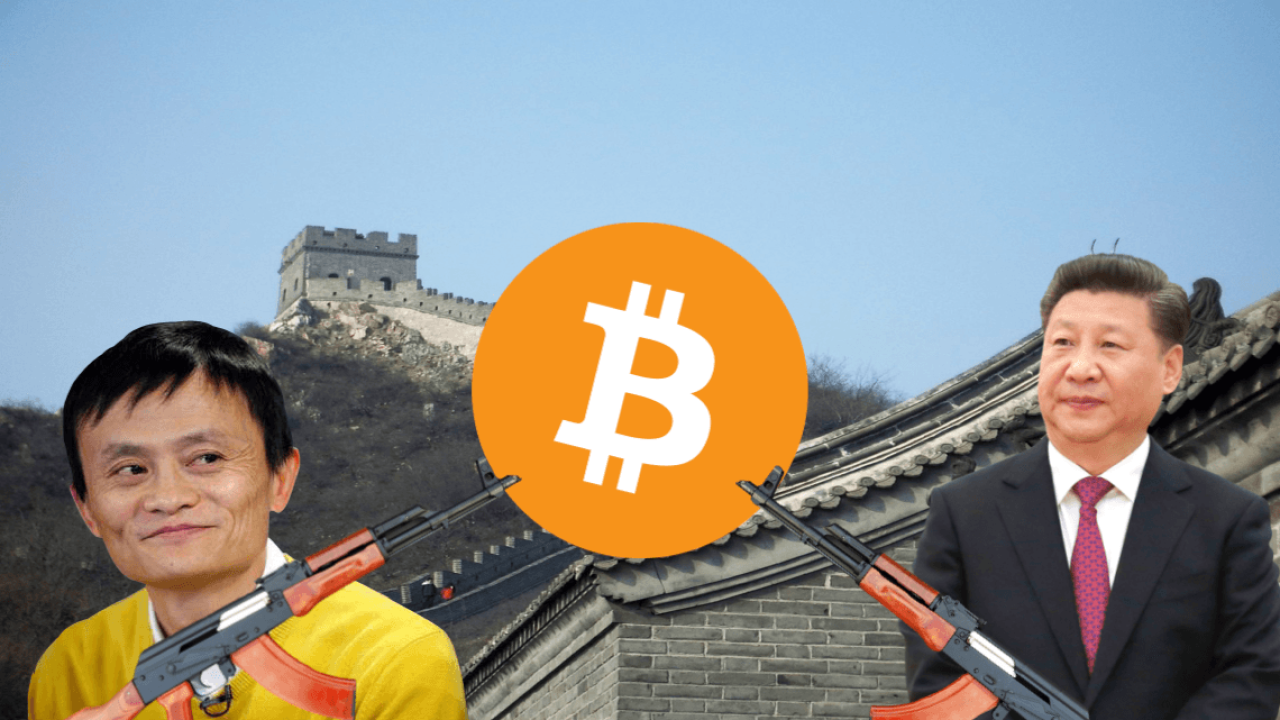 China is showing no intention of slowing down its cryptocurrency crackdown. In the latest, Baidu, Alibaba, and Tencent (BAT) — the three largest technology companies in  the country — are banning cryptocurrency-related activities from their platforms.

According to SCMP, a search for the two forums named “Digital Currency Bar” and “Virtual Currency Bar” shows that they have been “temporarily closed in accordance with relevant laws, regulations and policies.”

On the other hand, Alibaba and Tencent are cracking down on cryptocurrency transactions on their mobile payment services.

Alibaba Group’s Ant Financial said that it will take similar measures on its mobile payments app Alipay. The company will restrict or block all accounts that indulge in cryptocurrency trading.

It is worth noting that Chinese authorities also announced last Thursday that they are blocking access to the websites of 124 offshore cryptocurrency exchange desks in the country.

While none of the companies involved have cited government orders as the reason for the clampdown, some speculate this might be the case, given that all of these announcements came in such a brief window of time.

China’s official government policy has an overbearing effect on how these companies chose their business. While the government has outlawed cryptocurrency trading and initial coin offerings (ICO), it is betting big on blockchain. Xi Jinping, the President of China, endorsed blockchain technology in May this year, claiming that it is one of the technologies helping make economic breakthroughs in the country.

The founders of BAT have been towing a similar “Blockchain, not Bitcoin” line. While all the three companies have been critical of cryptocurrencies and their utility, they are all working on multiple blockchain-based projects. In fact, Alibaba has the highest number of blockchain patents in the world.

If the government is indeed on a new chase against cryptocurrencies, a lot more companies are about to follow suit in this crackdown.