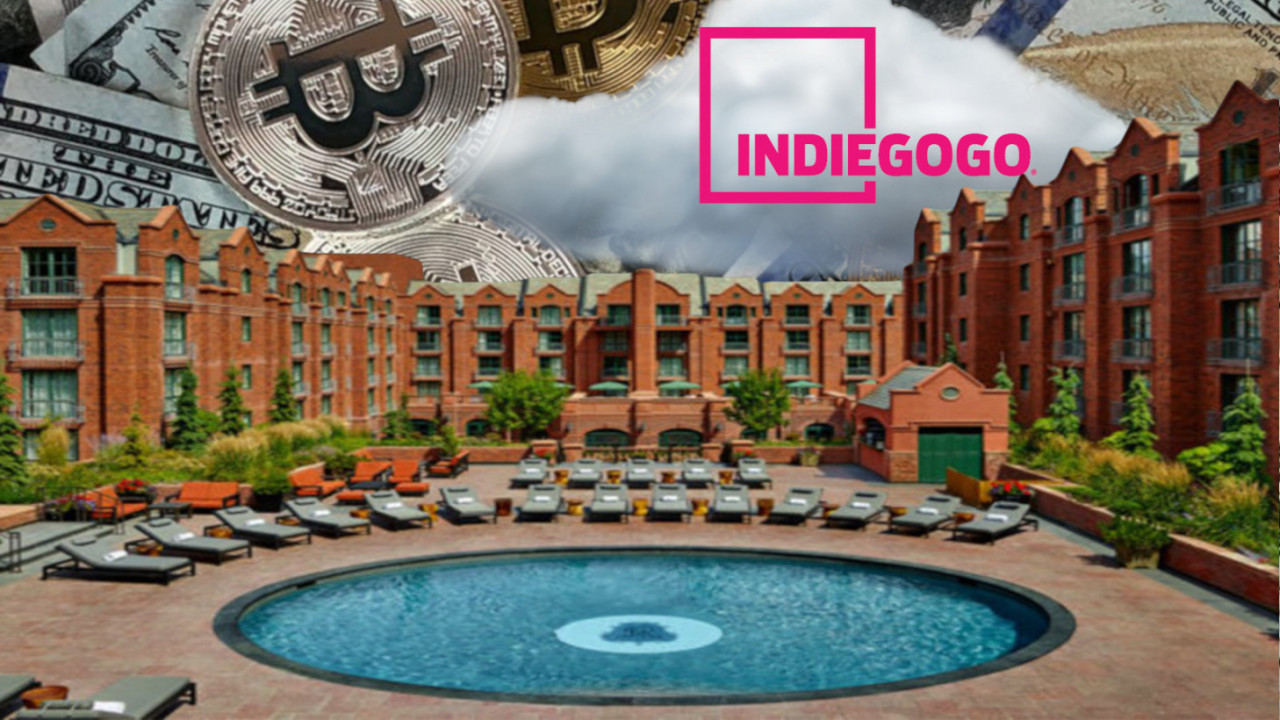 Indiegogo has taken another step into cryptocurrency, blockchain, and funding through ICOs, launching its first security token sale – but it isn’t for everyone.

Fresh off its foray into initial coin offerings (ICO) last December, the crowdfunding service has launched its first security token sale. Indiegogo will help US-based St Regis Aspen Resort distribute its tokens to investors. The move will see the Colorado resort liquidate the equivalent of $12 million, to be made available as “Aspen Digital tokens.”

(Clarification: The $12 million figure refers to the minimum sum allocated for the token offering, St Regis Aspen Resort will actually sell up to $18 million worth of tokens.)

“We have always strived to foster innovation and provide our users access to some of the most novel and interesting products and ideas from around the world. With the blockchain revolution fully underway, we at Indiegogo are excited about the world-changing impact and potential of security tokens.” Founder of Indiegogo Slava Rubin said in the press release.

The “Aspen Digital tokens” are based on the Ethereum ERC20 Standard. Owning them will effectively give you a tokenized investment share of the St Regis Aspen Resort. But remember, a token is not the same as an actual share in a company listed through an IPO.

After reaching out to Indiegogo, they confirmed that there would be “no physical perks” provided to those that invest. This suggests, that in order to benefit from owning these tokens, they must appreciate in value.

Investors will be responsible for their tokens once they have been bought, and can be stored in a conventional Ethereum compatible wallet. The tokens can be traded through the “Templum Alternative Trading System,” which, interestingly for a token exchange, claims to be SEC-registered.

While this may sound like there will be some level of protection for investors, there is no clarity whether this will indeed be the case.

Usually ICOs, and token sales are open for anyone to launch, and anyone to invest in. However, the press release from Indiegogo states that only, “[a]ccredited [i]nvestors will be able to purchase Aspen Coins with [US] dollars as well as with Bitcoin (BTC) and Ether (ETH).”

Herein lies the problem, if you thought becoming an accredited investor was as easy as filling out some paperwork, and waiting for approval… you’d be right, in part. To be accredited you must either earn over $200,000, or your net worth must exceed one million dollars.

This doesn’t really stack up with Indiegogo’s promise of creating funding opportunities for entrepreneurs, and startups that anyone can invest in.

Usually Indiegogo allows the average person to inject some cash in support of a cause they believe in. But in this case, the opportunity is being held back strictly for wealthy – and most likely, well-established – investors.

We should also remember that companies have used the promises of blockchain tech to upscale their reputation in the past. Remember the tale of Long Blockchain Corp? Despite having nothing to do with the tech, it made its share price sky-rocket after including “blockchain” in its name.

While this offering from Indiegogo may involve the use of tokens, and cryptocurrency, in reality, it seems much more like a standard offering of an asset, tracked by tokens, rather than the true token sales we are used to.

In this, we also see an expansion of Indiegogo’s cryptocurrency and blockchain-based offering. But we should remain mindful, particularly with crowdfunding campaigns. Products don’t always make it to market – or else they turn out to be outright scams. This development may indeed further expose investors to risks often associated with ICOs or token sales, rather than make things safer.

All you token investors out there will have to stick to cryptocurrency exchanges to get your fix for now. Not that those are a safer alternative.