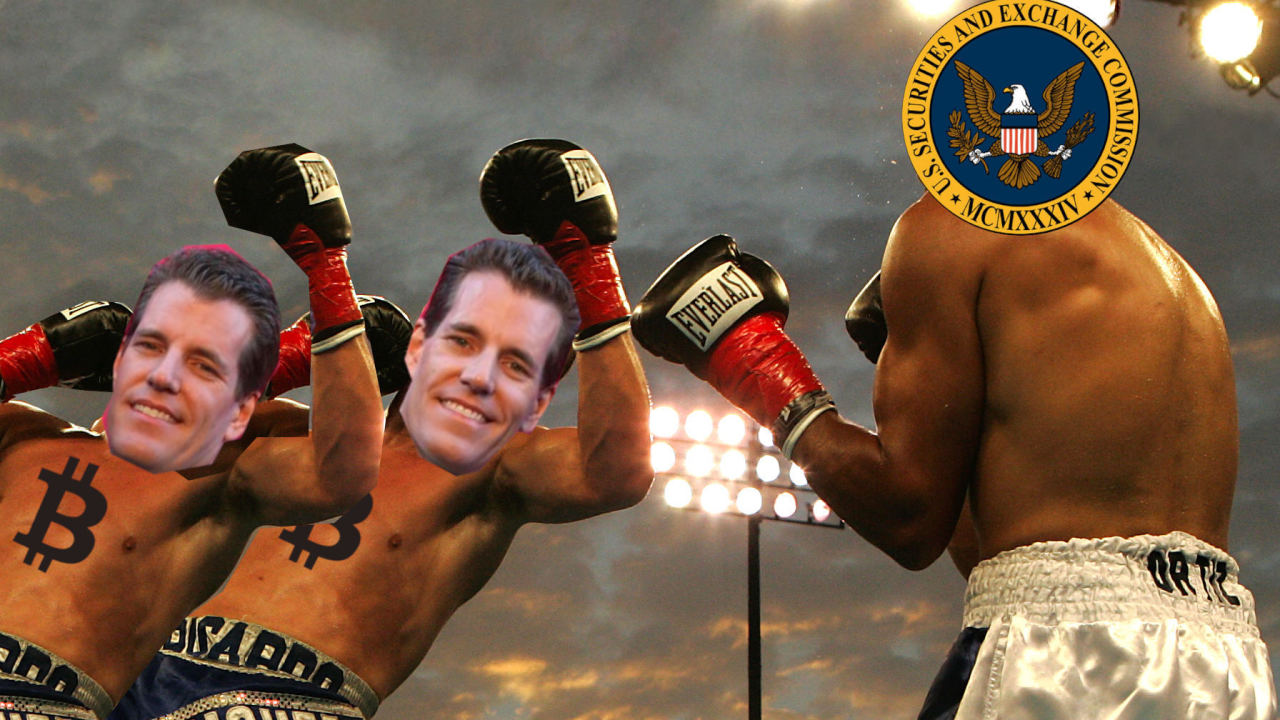 The Winklevoss twins are back with a vengeance. Just weeks after the SEC publicly denied their license for a Bitcoin exchange-traded fund (ETF), they’ve recruited some of the biggest names in cryptocurrency to form a new regulatory supergroup.

It’s called the Virtual Commodity Association (VCA), and it wants to be the central authority for dealing with the SEC on matters of regulation and compliance. The traditional securities industry has similar committees, albeit with nobody as good looking as the Winklevi.

Right now, it has only four members, all major players in cryptocurrency exchange and brokerage: Bitstamp, bitFlyer USA, Bittrex, and the Winklevoss’s own Gemini Trust Company. A meeting is scheduled to determine guidelines for new members.

Key words in the press release (spotted by BusinessInsider) are “self-regulation,” “rules-based marketplaces,” “fairness,” “transparency,” “risk management,” and, “liquidity,” so at least it’s nailed the language. It’s certainly boring to us, but it must be music to the SECs ears.

To list and trade a Bitcoin fund on a licensed stock exchange, the SEC’s approval must first be sought, which is granted in the form of a license. Recently, it has been inundated with applications. CoinDesk reported that applications for nine Bitcoin ETFs are to be decided upon over August and September.

There has been continued speculation that just one approval would open investment floodgates. Optimistic speculators have envisioned Bitcoin ETFs that mirror the success of the first ones for gold, first launched in 2003, that transformed global financial markets.

It should be noted that the Winklevoss twins were reportedly the first Bitcoin billionaires. In December, their 120,000 Bitcoin was worth over $1.3 billion. Once cryptocurrency prices began falling dramatically in January, it was estimated that $600 million had been wiped from their portfolio in just two days.

By holding so much Bitcoin, there’s no question that the Winklevoss twins stand to gain financially should their Bitcoin ETF find significant traction on Wall Street.

The Winklevoss twins have personally requested a license, twice. Both applications were rejected, the second one being shot down last month. When I covered it, I closed the article by commenting that they had better return to the drawing board.

Well, here they are, again, but with backup. Let’s see if the SEC is impressed with their rag-tag group of cryptocurrency superfriends. If they are, we might finally see if Bitcoin ETFs live up to the hype.