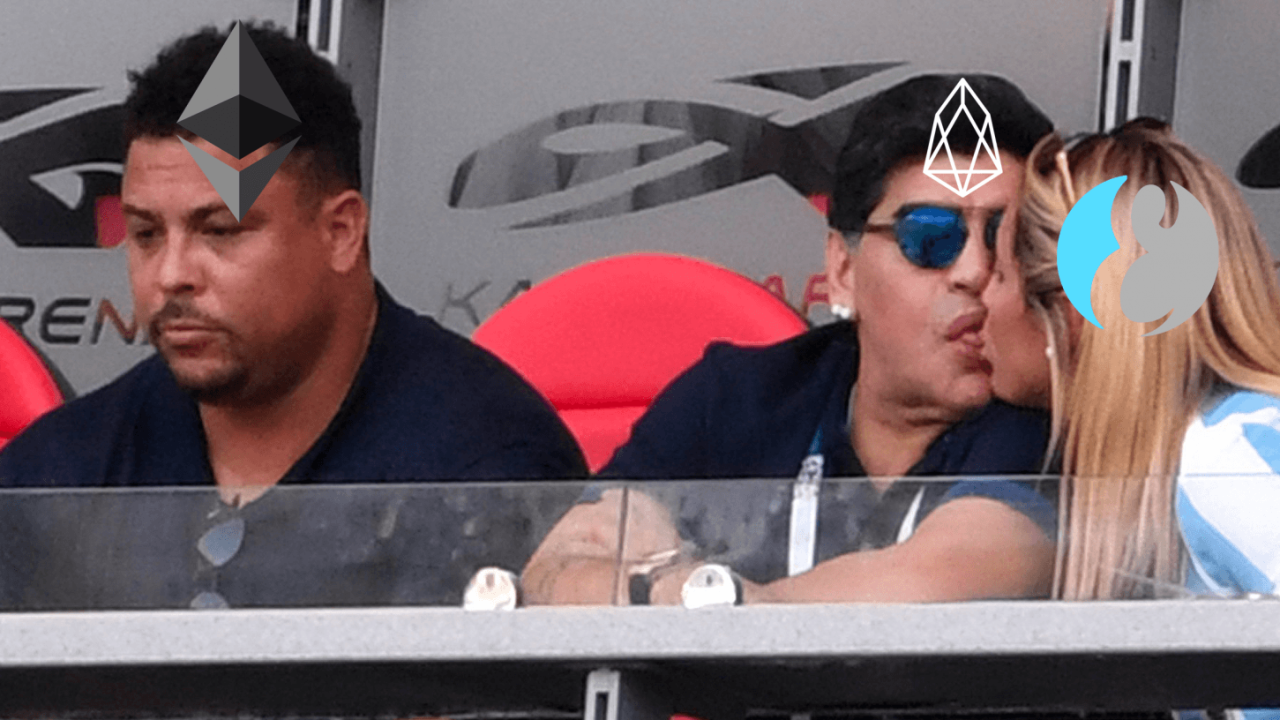 Following botched plans to launch on Ethereum, ETH decentralized encyclopedia Everipedia has announced its operation is going live on the EOS blockchain.

Everipedia wants to rival Wikipedia by offering a truly open and censorship-free database of information. Its developers claim that Wikipedia suffers from too many regulations and “bureaucratic-type overseers” that make it “attractive only to a relatively small portion of potential encyclopedia writers.”

There is an inherent connection between the two platforms, too: particularly the presence of Dr. Larry Sanger, co-founder of Wikipedia, who is Everipedia’s chief information officer (CIO).

The hope is that Everipedia will benefit from EOS’s supposed decentralized nature – but just how much censorship resistance can be derived remains unproven.

The migration from Ethereum to EOS

Its launch was a long time coming – the project first appeared last year, originally being built for Ethereum. In December, the team jumped ship to EOS, which coincided with the hiring of Sanger. The developers maintain that building on Ethereum is “infeasibly difficult” – at least, until it solves its scalability issues.

While this is a fair argument, it should be noted that EOS has its own brand of problems related to how it deals with sharp increases in traffic. Particularly, it’s had trouble coming up with a solution for distributing critical resources to app developers, namely RAM.

“Not everything works or is ready on the EOS platform, but that is the same for Ethereum,” the Everipedia team told Hard Fork in an email. “Scaling solutions are still being worked on, storage, RAM, and bandwidth costs fluctuate a lot. Obviously, things need to be improved and economics worked out.”

How Everipedia will work

Everipedia features an incentive system powered by its native cryptocurrency – IQ. Contributors and validators are rewarded for objectivity and high standards with tokens. This, combined with blind allegiance to decentralization, is to be apparently enough to control quality.

The introduction of money to the editorial process also raises certain ethical questions. Answers, it seems, come by way of the idyllic ‘free market‘ – the best content will inevitably rise to the top, as long as there is incentive.

Having no central authority also brings new challenges. We already know there are problems associated with maintaining quality of decentralized content. Namely, there can be too many dicks – and even widespread astroturfing.

This problem certainly isn’t unique to decentralized platforms – as Wikipedia is notorious for trolls. To combat this, Wikipedia tracks IP addresses to see who’s doing what – a data trail reminiscent of a blockchain, in the way that records are kept of all page edits.

Sanger further elaborated on how he envisions the platform will work, in an email to Hard Fork:

Its success really hinges on whether or not the system will inspire legitimate content. Although live today, its still an experiment still in its early stages. It claims to have over 8,000 contributors already and a larger volume of English entries than Wikipedia.

This is probably due to Everipedia having a head start: its original database was an exactly copy of Wikipedia’s – a complete set of entries. Sanger assured Hard Fork that it’s totally going to be different – albeit eventually.

While Everipedia.org began as a fork of Wikipedia and will always maintain a wiki-style collaborative encyclopedia, over the next few years, we expect the network to evolve into something fundamentally different from Wikipedia.

In the end, this is really an attempt at piecing together a global workforce of encyclopedists – something Wikipedia has tried, but due to its non-profit nature and lack of incentives, the integrity of its contributors has often drawn criticism. A few years back, The Atlantic reported that Wikipedia entries were being doctored by those paid to influence consumers and even medical patients.

“We need a much wider variety of people to feel comfortable about contributing. Instead of about 10,000 contributors—that’s my estimate of the number of active Wikipedians—a more open, decentralized network will be able to organize the labor of millions of intellectuals from around the world.” Sanger told us. “That’s what should exist. But you can organize that number of people only in a highly decentralized, neutral leaderless way, in much the same way the Internet itself was organized, via neutral technical protocols.”

Can EOS handle it?

EOS has a history of block producers shirking constitutional responsibilities and doing as they please, independent of consensus. Recently, seven accounts were frozen after they were suspected of housing stolen funds. Usually, an arbitrary body makes such decisions, and although they rejected the motion, block producers went ahead and did it anyway.

There are also concerns regarding the influence Block.one has over EOS. Dan Larimer recently declared that it will be taking part in elections for the right to produce blocks in the network. At first glance, this may seem above board – but considering that EOS utilizes Delegated Proof-of-Stake consensus, the large amounts of EOS controlled by Block.one challenges certain claims of decentralization.

As creators, Block.one actually own enough EOS to control 25 percent of votes, raising significant conflict of interest concerns – not to mention if this centralizes any decision making. Two days before this, though, Dan Larimer was arguing to get rid of its constitution altogether, claiming it was “unwise” to begin with.

The whole thing warrants questions, particularly regarding the effect EOS governance could have on Everipedia. If snap decisions can be made to freeze accounts outside of protocol – can decisions be made to silence contributors by locking their accounts?

If we’re really building a new internet, one decentralized, it should probably have its own encyclopedia. Having a monetary reward system for contributors sure sounds great – but reimbursement for content creation inevitably gets in the way of editorial ethics.

Any potential consequences are yet to be played out, although Everipedia finally being open to the public sure gives us a front-row seat.