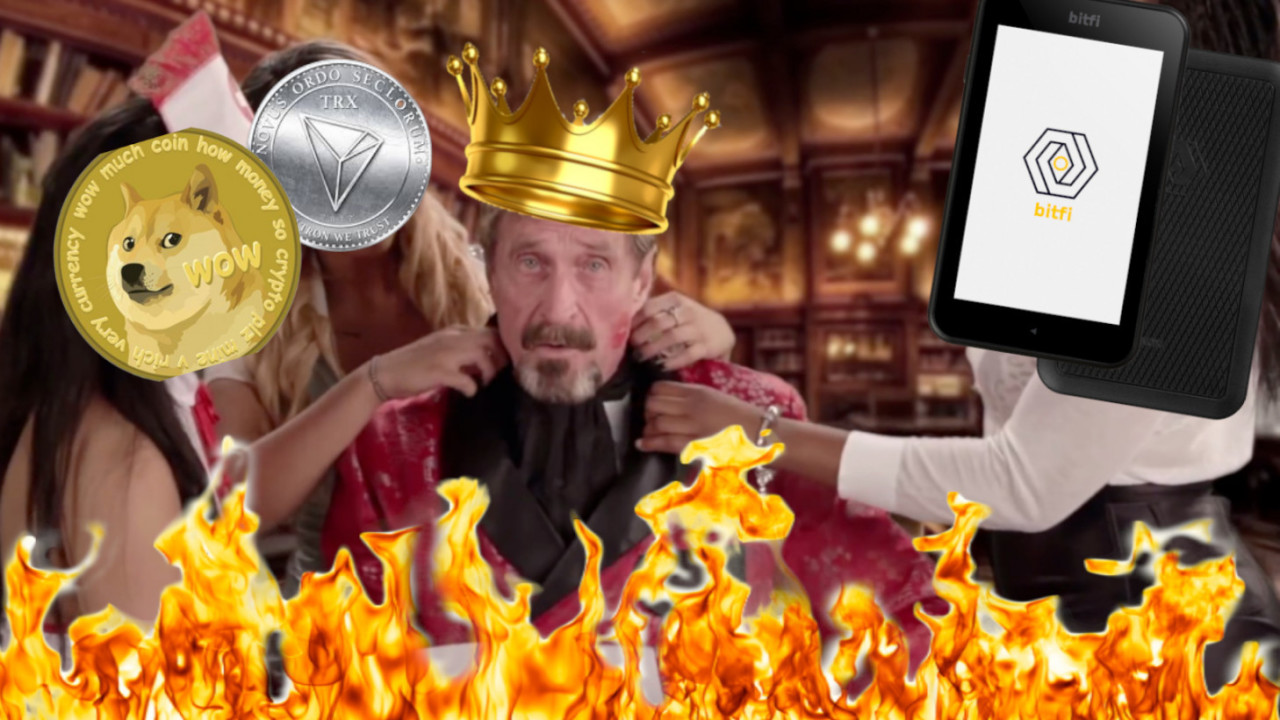 For better or worse, John McAfee is a name we all know. In true McAfee style, he is slowly but surely surreptitiously installing himself in the cryptocurrency community – usually in places where he’s probably not needed.

I remember a simpler time when McAfee was a respected business man, and his anti-virus software provided peace of mind for millions the world over.

But in the past few month’s McAfee has been keeping himself in the spotlight by making outlandish claims about unhackable wallets – which turn out to be nothing more than a crappy rebadged tablet – or by endorsing pretty much any crypto startup that will pay him.

If you’re a crypto-startup get in touch with the guy, it’s a sure fire way to get your name out there, and who knows, he might even write a whitepaper for you.

McAfee! Writing your whitepaper! You can’t buy that kind of endorsement – except maybe you can.

He’s wrangled his way into the cryptocurrency and blockchain community so effectively that he’s now being referred to as the “King of crypto.”

I had issues with this at first, but then realised it’s actually a pretty fitting term, because, well, when is a king ever democratically elected? And so it seems fitting for a man perpetually putting himself in places that he’s not needed – declaring his authority. Joffrey Baratheon would surely be proud.

If he’s not driving the cryptocurrency hype train, he’s probably working hard, finding new ways of rebadging established tech as his own, and using his media presence as influential leverage. The last of which, you can buy – for $105,000.

Remember the time he once promised us Hiveway, the decentralized social network of the future? Didn’t think so, but that too has joined the pile of dead projects in the crypto-graveyard. Probably just as well, as it was a blatant rip-off of a far more active project called Mastodon. It’s ok though, because it wasn’t a copy, it was a “fork.” Classic cryptocurrency copyright circumvention.

Perhaps we should find a way to block McAfee for spreading malicious content now. Y’know like some antivirus or something.