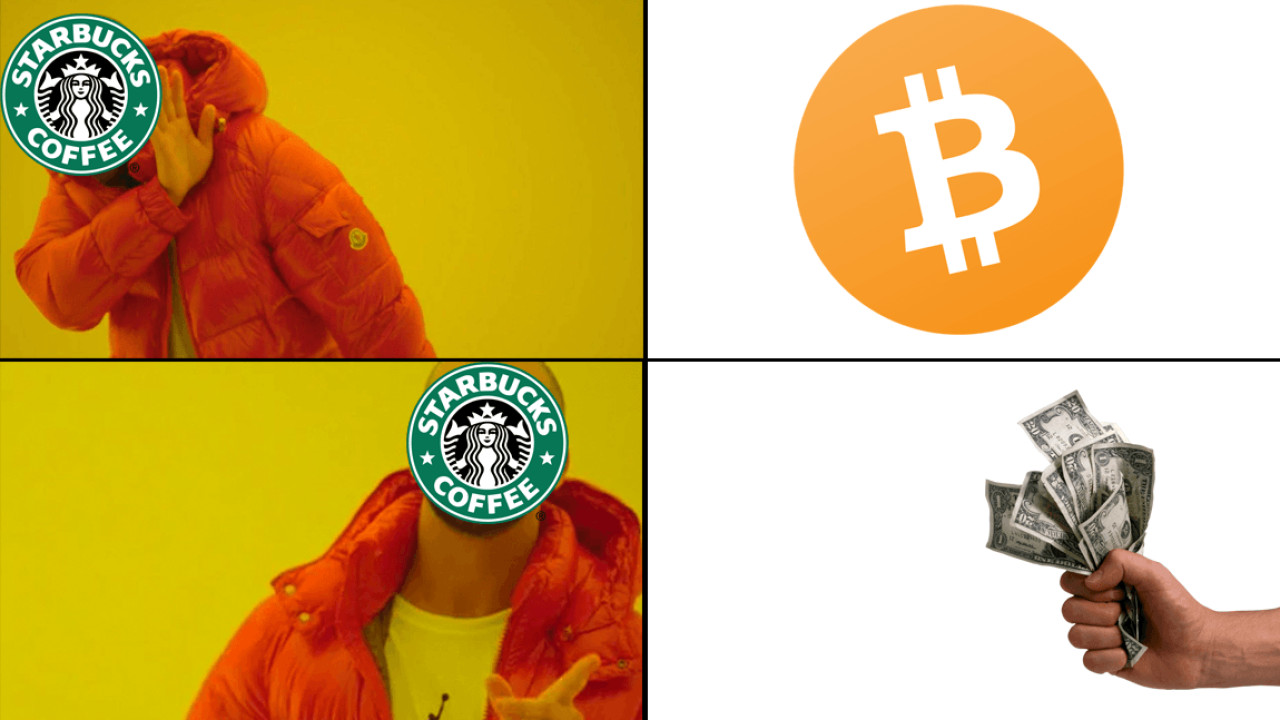 No, you won’t be able to spend your cryptocurrency at Starbucks.

Last Friday, Starbucks announced that it would be joining and supporting a project known as Bakkt. If successful, Bakkt will leverage Microsoft’s cloud solutions – probably their blockchain based Azure platform – to create an infrastructure for managing and using digital assets. And get this, they say it will be regulated! Regulated digital assets, whatever next!

Where blockchain and cryptocurrency are mentioned, the hype train is never far behind. Naturally, when the words “digital assets” are used, people immediately assumed this would mean we could spend our cryptocurrency on coffee.

But it turns out this won’t be the case, according to Motherboard.

Bakkt won’t actually enable Starbucks customers to spend their cryptocurrency at one of the coffee giant’s more than 28,000 international locations. Rather, it will function more like an on demand exchange. It provides an enabler for Bitcoin owners to spend their coins in the real world by easily converting the digital currency to fiat.

“It is important to clarify that we are not accepting digital assets at Starbucks. Rather the exchange will convert digital assets like Bitcoin into US dollars, which can be used at Starbucks,” a Starbucks spokesperson told Motherboard. “At the current time, we are announcing the launch of trading and conversion of Bitcoin. However, we will continue to talk with customers and regulators as the space evolves.”

Yet again, it might not be the crypto-utpoia we were promised or are hoping for, but hey: at least nobody is using your device to mine cryptocurrency with the Starbucks Wi-Fi this time around.