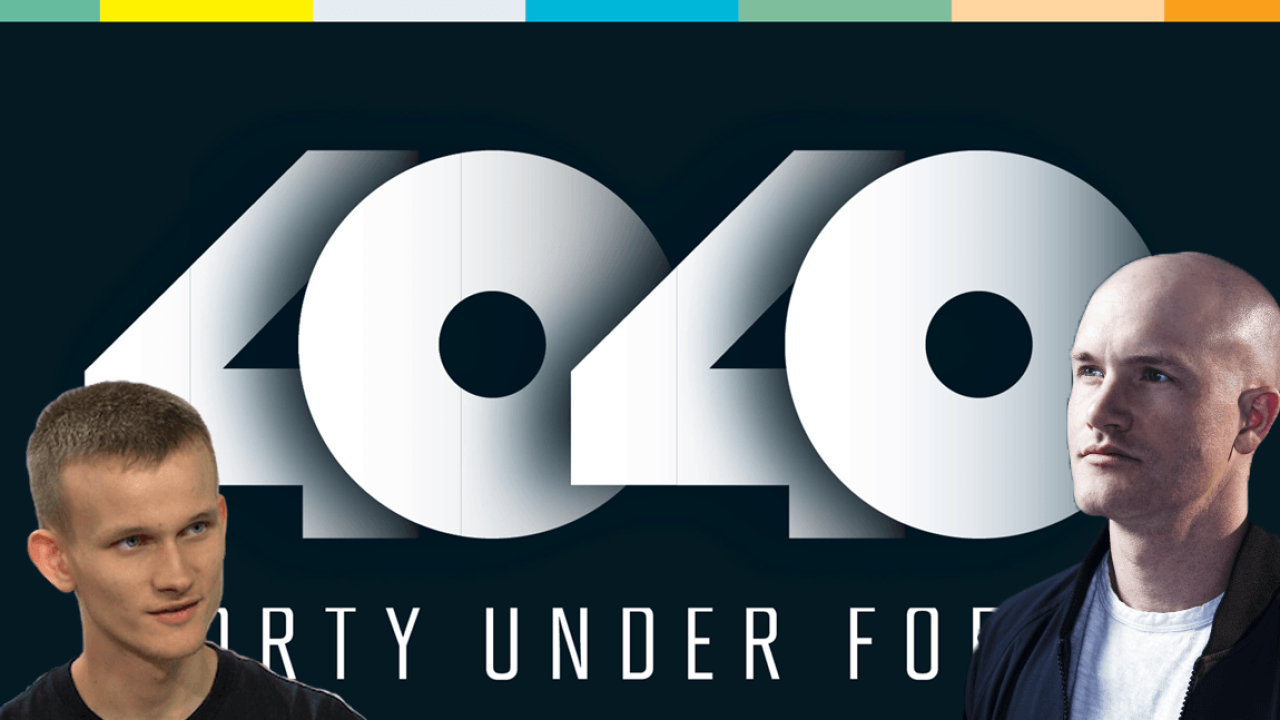 Fortune has released its annual 40 Under 40 ranking which celebrates the most influential entrepreneurs under the age of (you guessed it) 40. The latest edition features several founders and executives from the cryptocurrency and blockchain space.

Founder of Ethereum, Vitalik Buterin and founder of Coinbase, Brian Armstrong, continue to feature on the list having both been members of this “club” since 2016. In addition to Buterin and Armstrong, Fortune has also granted a spot to Robinhood founders Vlad Tenev and Baiju Bhatt, both of whom are making their debut on the list.

While not strictly a blockchain entrepreneur, it is worth pointing out that Telegram CEO Pavel Durov has also made it to the 40 Under 40 list. Considering Telegram raised $1.7 billion in an initial coin offering ICO last year, this makes for a total of five cryptocurrency influencers on the list.

Factoring in the explosion of interest in cryptocurrencies and blockchain over the past year, it is hardly surprising that blockchainpreneurs account for such a significant chunk of Fortune’s list.

While the presence of cryptocurrency entrepreneurs in 40 Under 40 is somewhat expected given the sector’s rapid growth, it is pretty wild to see blockchain executives next to household names like Mark Zuckerberg, Rihanna, and Donald Glover (more commonly known as Childish Gambino).

The question is: have Buterin and company earned this accomplishment?

One thing to keep in mind is that unlike Zuckerberg and other seasoned entrepreneurs on the list, blockchain entrepreneurs are yet to prove their companies can live up to the hype.

Ethereum, for instance, is still dealing with scaling issues; and with all the regulatory chaos around the globe, the future of exchanges like Coinbase and Robinhood is still uncertain.

Still though, making it to Fortune’s 40 Under 40 is a big deal – and the fact that there are five cryptocurrency entrepreneurs on the list is a success for the entire blockchain field. In the end, time will tell whether these blockchainpreneurs really deserved their positions in the list.