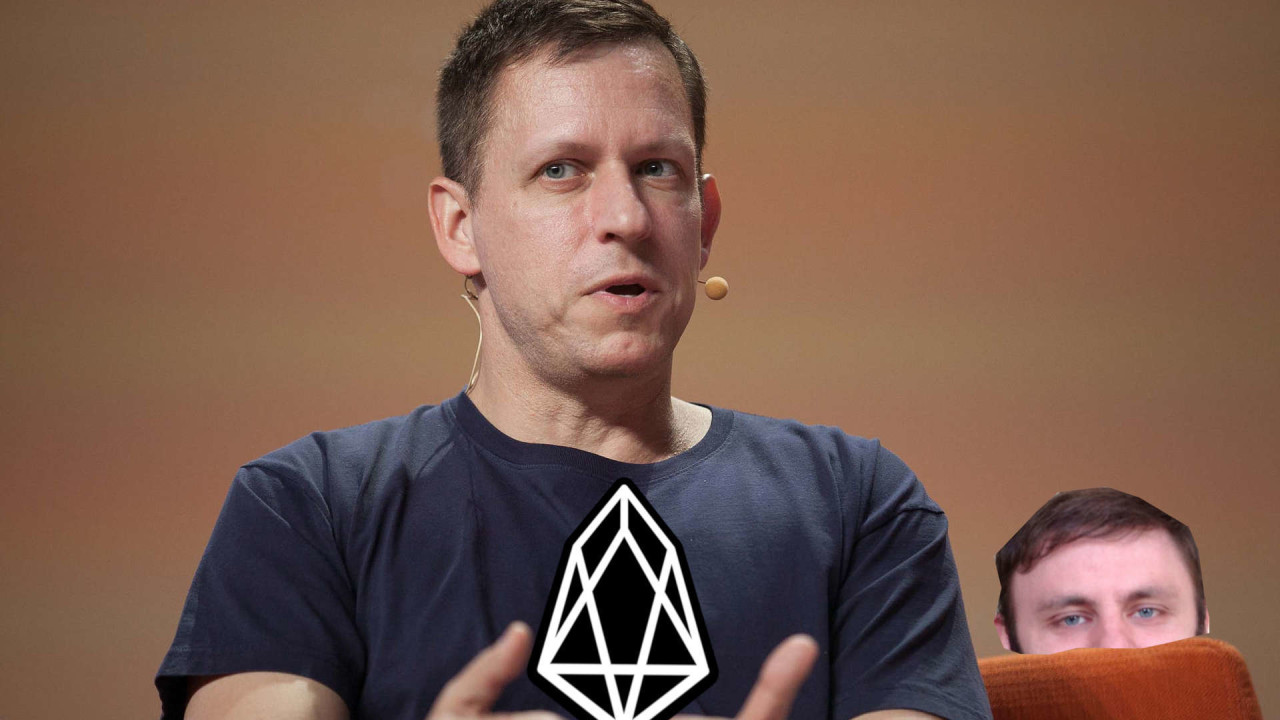 Rumors of yet another Block.one funding round have surfaced, reports Bloomberg. This one is said to be headlined by Peter Thiel, the tech billionaire who co-founded PayPal. His latest move confirms that he has ultimately backed another cryptocurrency: EOS.

Besides PayPal, Thiel is mostly known for his super-early investment in Facebook in 2004, when he acquired a 10 percent stake for $500,000. This was to be the first outside investment into Facebook Inc.

Since then, he’s sold most of his shares, the profits adding up to over $1 billion.

As specifics are scarce, it was not mentioned whether this a personal investment or on behalf of Thiel’s investment firm, Founders Fund. It made headlines in January with news of its $15 to $20 million Bitcoin investment – revealed just as the markets were beginning to collapse.

It did casually mention to investors that their cryptocurrency holdings had grown to be worth hundreds of millions of dollars, though, without mentioning if  they sold the top.  It does seem the inherent volatility has triggered their speculative nature; a slew of other billionaires have also been tagged in the funding round. Full details are expected to be released through official channels by early next week.

According to sources yet unnamed, among them is Alan Howard, co-founder of $9.1 billion firm Brevan Howard Asset Management. It was only revealed in March that he has been personally amassing a small fortune in Bitcoin.

Bloomberg also reported that Jihan Wu, co-founder of Bitmain Technologies, is tagging along for the ride. Bitmain is the world’s premier producer of cryptocurrency mining chips. It has also been steadily increasing their control of the Bitcoin hash rate.

An EOS-focused division of Antpool, its largest Bitcoin mining pool, were also elected as one its top 21 block producers at the start of the month, but have since been booted out, relegated to the 56th spot.

While the names are certainly attention-grabbing, surely the reason for this next tidal wave of funding will be even more amazing. It must be, if the $4 billion raised in token sales over the last year just aren’t cutting it.

The distinction between Block.one and EOS EOS – however slight – should also be made clear. EOS is an open-source operating system for decentralized applications, built by Block.one – a blockchain development collective based in the Cayman Islands.

The EOS blockchain is their its first project – one that has had a marked effect on the cryptocurrency landscape thanks to CTO Dan Larimer’s creation of Delegated Proof-of-Stake (DPoS), a method of determining consensus through ongoing elections which favors those who hold more tokens.

Time will tell if the added pressure of such high-profile investors will have an affect on Dan Larimer and the rest of Block.one, as they work to get the blockchain up to scratch following a shaky mainnet launch.