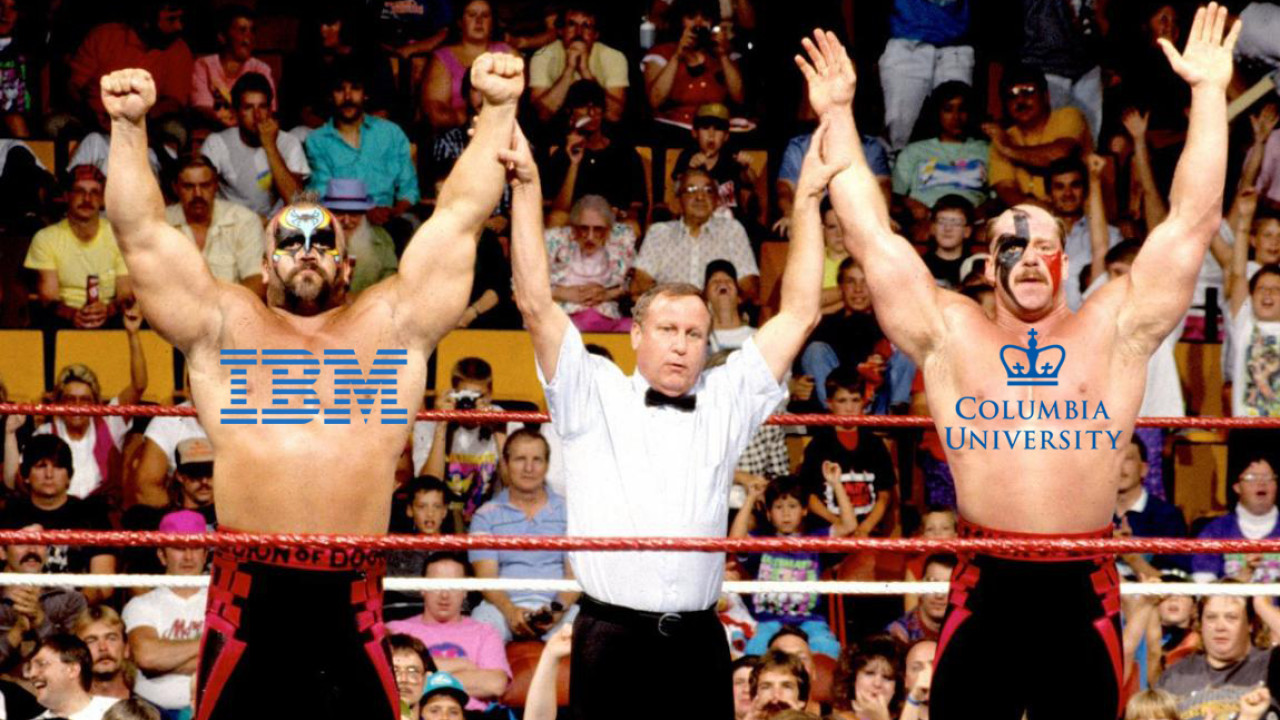 IBM are showing no signs of slowing its rampage across the blockchain sector: now teaming up with prestigious Columbia University to solidify its role in the industry.

Inventively named the Columbia-IBM Center for Blockchain and Data Transparency, the partnership is looking to leverage Columbia’s academic and scientific networks to further develop blockchain technology.

“With Columbia, we are able to bring together leading thinkers on applying blockchain and data best practices based on extensive research and business experience and together prepare a new generation of technologists and business leaders,” commented Arvind Krishna, director of IBM Research and senior vice president of Hybrid Cloud.

Perhaps most exciting for developers is the reveal of a new incubator. They call it an ‘innovation accelerator,’ and it will be open to students, faculty of Columbia, and the greater decentralized startup community.

It can’t be understated: IBM really are on a roll. It was only weeks ago that the company conducted a series of blockchain-powered bank transfers in collaboration with giants like Deutsche Bank, HSBC, and Rabobank.

IBM also started offering free certificate courses, showing it’s not just into developing blockchains but the people that program them, too.

The 12-week online program is set to commence at the end of this month, with courses being taught by IBM India researcher Praveen Jayachandran. Certificates awarded will be co-signed by IBM.

IBM are also backing a stablecoin – Stronghold USD, which marketed as a direct competitor to the controversial Tether (USDT). Unlike Tether, CNBC reports that Stronghold actually has reserves of real American dollars – each one insured by the Federal Deposit Insurance Corporation. Still though, taking into account the bad rep stablecoins get, it is yet to be seen whether the company can live up to its promises.

Columbia’s official expansion into blockchains is really symptomatic of a larger trend sweeping ivy-league schools. Duke, MIT, Cornell, Stanford, and Berkeley are just some of the other universities now offering courses in blockchains and cryptocurrencies.