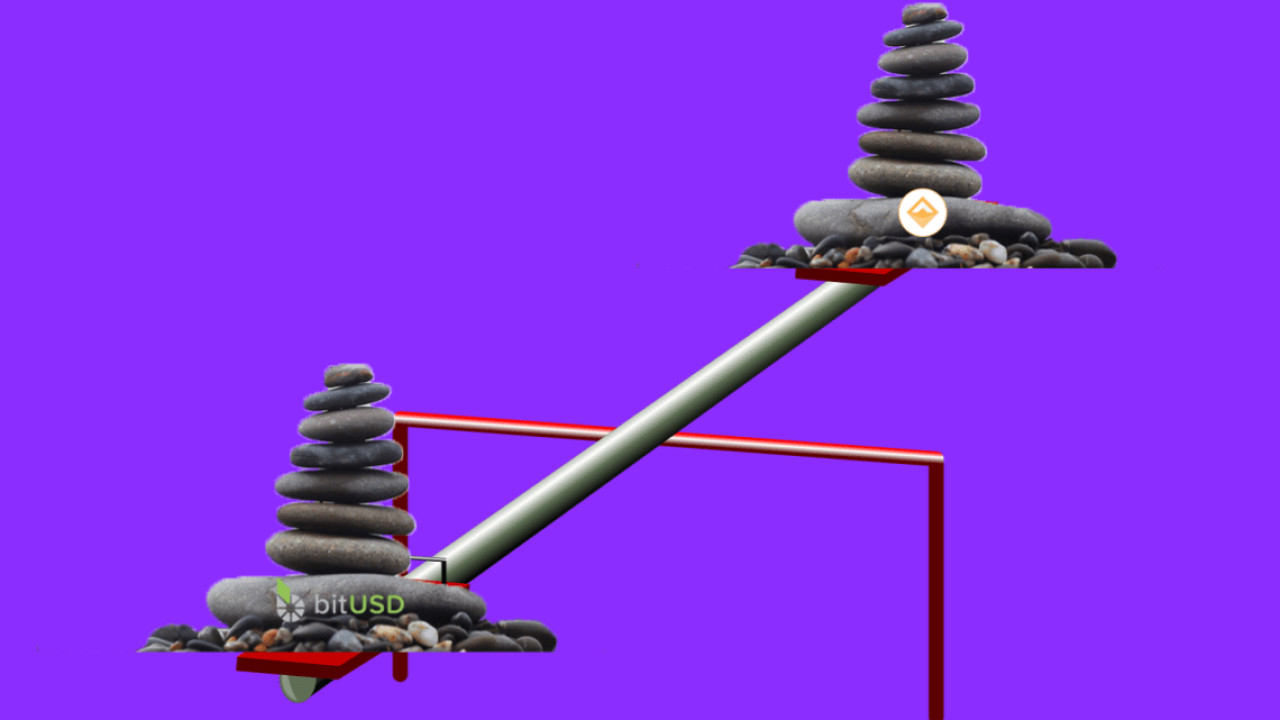 It seems that there is no cutting-edge technology or financial principle keeping the price of stablecoins stable. It is simply the psychology of investors.

BitMEX Research studied two of the most popular distributed stablecoins — BitShares-based BitUSD and MarketDAO-based Dai — to examine the mechanism these two cryptocurrencies relied on to keep their price stable.

The research found that what ultimately keeps stablecoins at the same price point is what BitMEX refers to as the “why would it trade at any other price” principle – a peculiar market logic which emerges when majority of investors trade a certain asset at a certain price just because they believe it to be its actual price.

For those who do not know, distributed stablecoins are a type of cryptocurrency that promises the best of both worlds — the independence and decentralized aspects of blockchain transactions, and price stability of traditional financial assets such as gold and fiat money.

These coins are significantly different from the likes of USD-backed Tether (USDT). Tether relies on backing from a financial asset for price stability — making it centralized and susceptible to being shut down by authorities. The same is not true of distributed stablecoins.

BitUSD was the first stable coin to launch back in 2014 on the BitShares platform, founded by Daniel Larimer (the co-founder of EOS). The cryptocurrency aims to trade at the price of US dollar (i.e. 1 BitUSD = $1). But it is pegged against BitShares (BTS) cryptocurrency instead of US dollar.

BitUSD takes measures against fluctuations in the price of BTS to ensure stability only for scenarios where BitUSD’s price itself doesn’t fluctuate from $1. But BitMEX points out that if the price of BitShares was to fluctuate at a time when BitUSD was not valued at $1 in the market, it could see massive volatility.

The research further suggests that even if the price of BitUSD was stable at $1, the peg could still fail if the price of BTS drops to half or less. The collateral held for BitUSD against BTS will drop so low that its price would drop significantly as well.

CoinMarketCap data shows that the price of bitUSD has mostly fluctuated around $1 (however, it doesn’t show as linear a graph as Tether). But, it has had moments of great fluctuations as well. The price rose to as high as $1.6 in January 2016 and dropped to as low as $0.75 in December 2015.

But here is where things get interesting: the study points that there are no special mechanism in place with BitUSD to ensure that the price doesn’t fluctuate. It is simply the investors thinking — “why shouldn’t I trade it at $1?” — that is keeping it stable. The cryptocurrency is also prone to market manipulation by block producers on BitShares blockchain — the miner-equivalents for the distributed proof-of-stake consensus (DPOS) mechanism developed by Larimer. The block producers can take advantage of the low trading volumes of BitUSD against Bitshares by causing a drop in the value of BitUSD and obtain BTS at a discount.

Dai is an ERC-20 token backed by a collateral of Ethereum (ETH). CDP (collateralized debt positions) owners generate DAI by locking up equivalent Ethereum in the smart contract. The DAI tokens can then be further traded and used within the ecosystem.

This concept puts the CDP owners at an advantage against the DAI owners, who can manipulate the market to make gains for themselves.

CoinMarkCap charts for DAI show that the cryptocurrency hasn’t seen any massive fluctuations similar to BitUSD. The cryptocurrency reached its peak price at $1.06 in March this year and dropped to its lowest at $0.88 in February.

The research concludes that while DAI has better mechanisms in place than BitUSD, its price still seems to be governed majorly by the investors’ psychology of wanting to trade at that price.

Due to regulatory hurdles, only a few services exist to offer trading against traditional financial assets and fiat money, which are comparatively less volatile. This led to the rise of many price-stable coins as traders needed to pull out their cryptocurrency investments during volatile times. But, it seems that there has been a lack of reliable options.

Tether, the most-used stability-aimed cryptocurrency, has struck multiple controversies concerning whether it actually owns the equivalent USD amount as it claims.

Goldman Sachs-backed cryptocurrency giant Circle is launching a USD-backed coin similar to Tether. Circle claims that its cryptocurrency will be regulatory compliant, raising hopes for a reliable means for traders to pull out their investments at the right time; however, it remains to be seen whether the company can make good on its promises.

Governments across the globe have also been defining cryptocurrency regulations to allow trading against fiat money, which is also a good sign for secure cryptocurrency trading — instead of having to rely on companies that can’t verify their claims of issuing a coin immune to volatility.