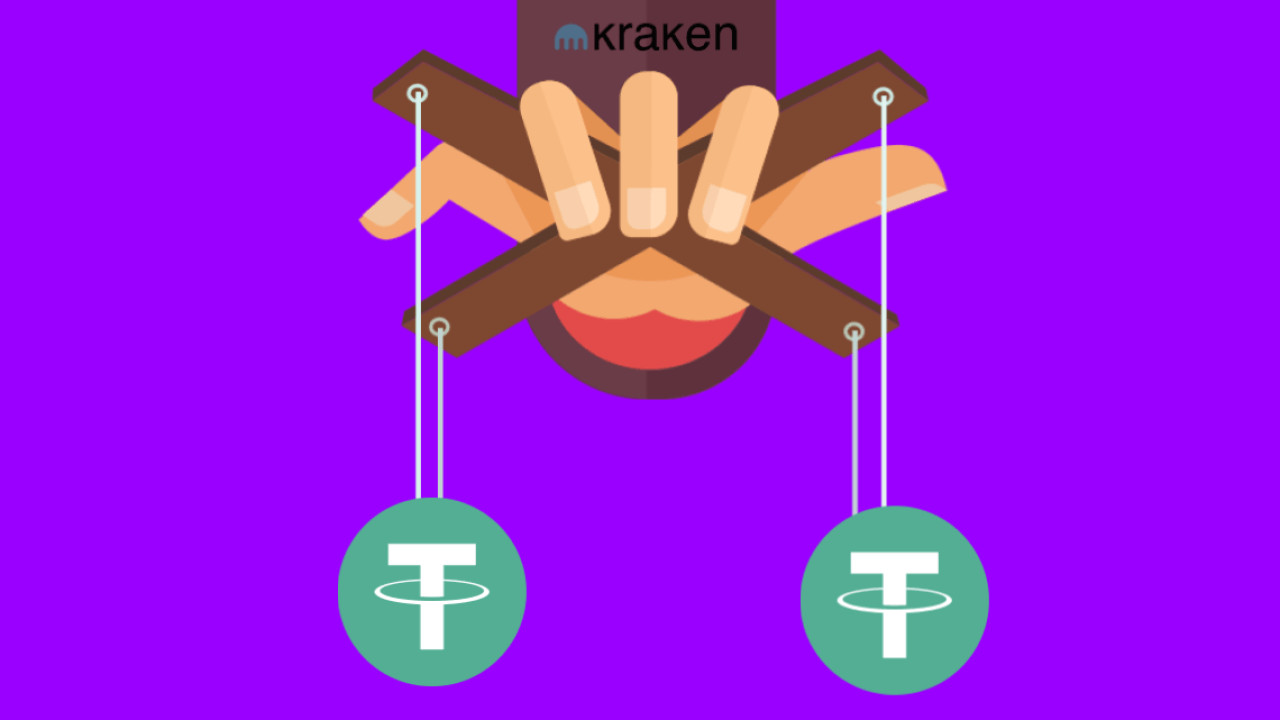 The ‘USD-backed’ cryptocurrency Tether (USDT) is struck with another market manipulation controversy.

Bloomberg pulled data of 56,000 Tether trades from Kraken’s public order book that happened between May 1 and June 22. The research found the cryptocurrency’s trading on the exchange desk to be defying the principles of economics.

While most cryptocurrencies and other securities see fluctuations in price based on large buy or sell orders placed on exchange desks, it doesn’t seem to hold true for Tether.

The study compared the fluctuations in the price of Bitcoin and Tether on a specific date and time to find that Tether is reacting inconsistently to demand and supply unlike Bitcoin, which moves in tandem with trading volume.

Here’s the graph for Bitcoin:

The chart for Tether doesn’t show consistent change in price based on the size of the buy or sell order placed:

The study found that trade orders were being placed frequently for very oddly specific numbers. ‘13,076.389’ USDT, for example, is the third most commonly traded amount next only to 75 and 1,000 USDT. Other frequent orders placed for USDT on the exchange are also oddly specific. The researchers conclude that these odd orders are being placed for the benefit of ‘automated trading programs,’ used to manipulate financial markets.

Bloomberg cites three different instances of Tether’s trade against the US dollar to point out the peculiarity.

On May 7, 31 consecutive buy orders were placed for Tether, but its price didn’t budge from $1.

On June 3, the price of Tether first rose by $0.0002 on a purchase of 37.5 USDT, but didn’t budge to another order of the same amount soon ofter. This was followed by one of the 13,076.389 USDT (the amount Bloomberg found was repeating itself oddly). But, despite being 349 times larger than the previous trade, it only led to a $0.0001 increase in Tether’s price.

Bloomberg notes that Kraken’s involvement or knowledge of the suspected manipulation can’t be established. But Kraken management has refused to comment on the research findings.

Such market manipulation — known as ‘wash trading’ — is outlawed in traditional financial markets. But given the lack of regulations for cryptocurrencies, these phenomena remain unchecked.

However, reports in May suggested that the US Department of Justice is now probing cryptocurrency market manipulation.

Tether’s claim of being backed by the US dollar is also controversial.