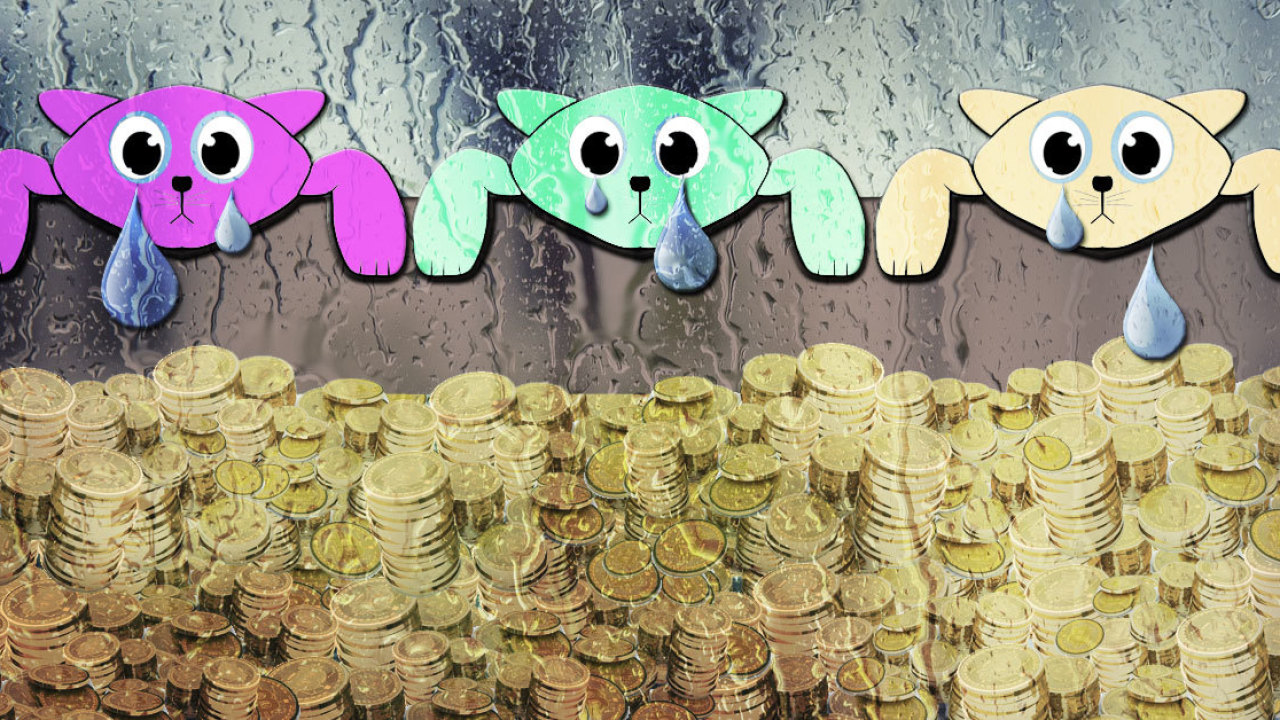 Everything happens quickly in the cryptocurrency world. Last December, Bitcoin’s value reached an all-time high of about $20,000, around the same time people were spending millions on CryptoKitties. BTC’s value, now, rests at $6,700. And those cats? They’re dying of neglect.

When the blockchain-based game CryptoKitties launched last December there were plenty of people in the cryptocurrency community who hated it. But its overnight success made it apparent that the haters had it wrong. The price of the platform’s cats reached a median high of over $40 at one point, with one of the highest priced cats selling for the cash equivalent of $155,000 in ETH.

Now, just six months after its launch, transactions on the CryptoKitties marketplace are down 98.4 percent.

No matter how you feel about that particular bit of information, it’s important to point out how good CryptoKitties is for everyone who wants blockchain to succeed.

One of the biggest problems with blockchain technology is explaining it to other people. It relies on concepts that aren’t easy to parse and it can be difficult for many to wrap their heads around even the basics. And that means that many of the people who stand to benefit from doing business on the blockchain won’t. It’s generally a bad idea to invest your money in something you don’t understand.

When CryptoKitties came along, it was a godsend. You want to know what blockchain is? It’s a place where anything can be guaranteed to be unique. If you own a digital kitty on the CryptoKitties platform you can rest assured that it’s at least as unique as any real cat. That’s how digital currency works too: if you have 1 ETH it’s as unique as any dollar bill or paper Euro. Trading cartoon cats is demonstrably simpler than reading a white paper. And that’s part of the reason so many people immediately flocked to CryptoKitties.

So why did they leave?

According to cofounder Bryce Bladon the data is deceptive. People are participating in CryptoKitties differently right meow, because they’ve become better cryptocurrency users.

Since launching CryptoKitties and running headfirst into the challenge of scaling, we’ve made numerous product and design decisions to reduce the number of superfluous smart contract interactions. From our discord community to the KittyVerse — our soon-to-launch program for developers building experiences on top of our [platform] — we’re delivering numerous ways to engage with CryptoKitties outside of buying and breeding them.

And that makes perfect sense, as cryptocurrency enthusiasts become more educated on the platform the number of frivolous smart contract transactions would decrease. But 98 percent?

Bladon hits the nail on the head as his comments continue:

In addition, our community has become much more educated on what CryptoKitties is and how it works. Gas fees on the Ethereum network have also increased by 50x what they were when we launched. The result is much more purposeful transactions, as opposed to people engaging with the smart contract just to see what happens.

The reason the number of transactions has plummeted, one might surmise, is partially because it’s become expensive to “play” the game. Creating new avenues of interaction is a good idea, and will almost certainly help with this problem, but fixing a leak doesn’t bail out the ship.

The sheer magnitude of a 98 percent drop in transactions can’t be blamed entirely on scaling issues. The only way a business can sustain that level of change, and still seem viable, is if the remaining two percent of transactions are for monetary amounts equal to or near the amount lost through lack of engagement.

And we’re certain the team behind CryptoKitties knows this. We’re definitely not predicting it’ll go under. We’re not saying you should sell your kitties and close your account, or anything of the sort. It’s quite probable that CryptoKitties will live on as long as it has a dedicated community who cares about their cats.

The bigger point is that we’re in uncharted territory here. We can’t access historical data on blockchain companies over the past few decades because it doesn’t exist. BTC, a coin that represents the most popular blockchain-based technology in use, is reportedly only in 28.5 million wallets, after 10 years. That’s certainly not the mainstream adoption everyone was hoping for.

It’s likely to get harder to convince VCs and other investors to spend millions of dollars on an unproven blockchain business the longer the industry’s overall “dip” continues. People won’t wait two or three years for the data to indicate there’s a better-than-average chance putting their business on the blockchain will payoff.

Last year’s indications that blockchain and cryptocurrency were going to moon until the end of time now seem misleading and smack of the same kind of buildup that led to the dotcom bubble. Like any real business, building in the blockchain space is probably going to take real work in the future — and that could seriously affect the ability for companies to run successful ICOs.

And maybe this bubble never bursts, that’s the problem with bubbles: you can never tell. Perhaps year-over-year, perpetually, hundreds of new blockchain companies can all squeeze into Lambos and create a never-ending convoy to the moon.

If the bubble does burst, however, it could actually end up paving the way towards mainstream adoption. Imagine what would happen if the only people buying in to ICOs were people who knew what they were doing, or if the only blockchain companies getting lucrative investments were those that had a feasible product.

Many companies could be left behind. And the fact that CryptoKitties is struggling should be more than enough indication that it’s time we all rethought our investments. But, like the dotcom bubble, if this one bursts it should result in an environment where the cream can rise to the top. And, hopefully, CryptoKitties will land on its feet too.