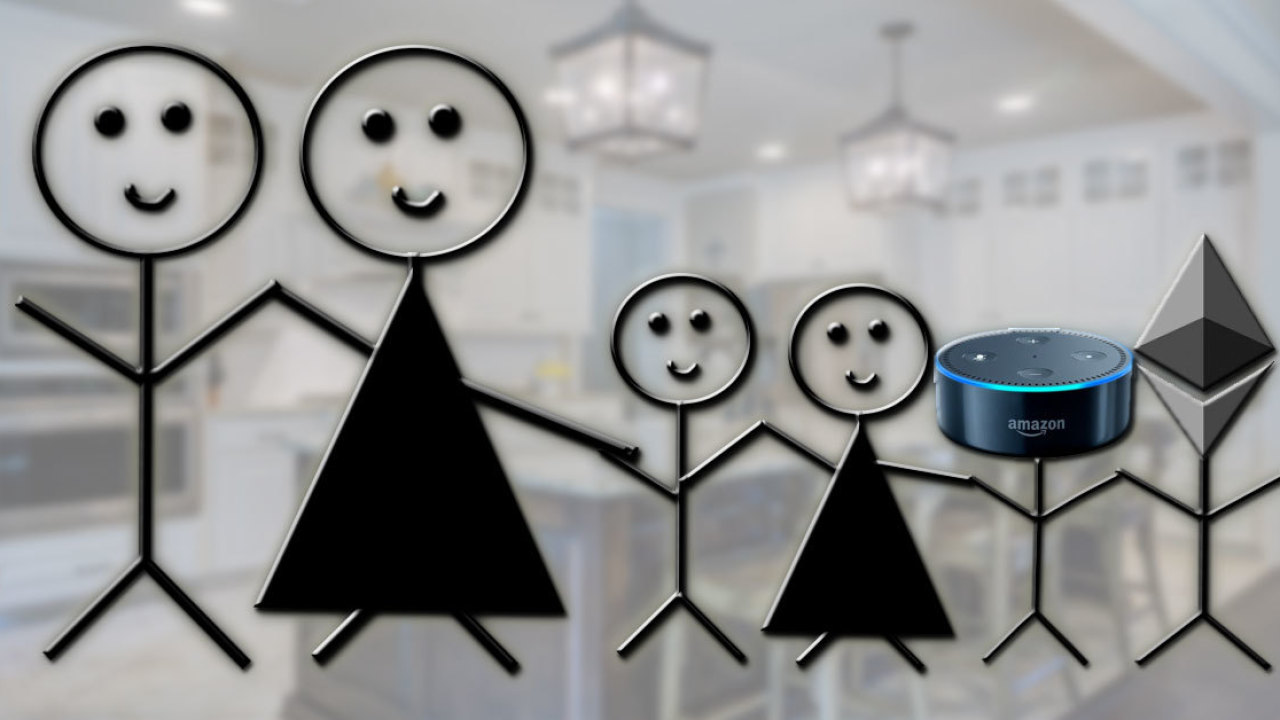 You’ve probably never heard of Farley Coin, one of the world’s most exclusive cryptocurrencies. And that’s because its creator, Matt Farley, isn’t your dad. If he was, you’d be able to earn points for brushing your teeth, finishing your chores, and doing your schoolwork. Those points could then be spent on lucrative rewards such as 30 minutes of screen time or $1 worth of fiat currency.

The Farley Coin was created on top of the Ethereum ETH blockchain and runs on the family’s personal server. It’s entirely integrated into the “Jarvis” smart home system that Farley and his family created over a period of several years.

The home, which is simply mind-blowing, features everything from smart sprinkler control to automated workflow routines and chore tracking. Multiple touchscreens throughout the house provide information, access to live video feeds, and vehicle tracking. While smart speakers listen in every room for voice commands.

The ‘parts list’ for the project is immense and includes multiple Android devices, touchscreen interfaces, 20 Amazon Echo Dots, a server running Linux, and much more.

But there’s a lot more to Jarvis, and Farley’s amazing smart home, than just the sum of its parts. It was built to address some very specific concerns that nearly all parents have.

Hard Fork reached out to Farley, who told us:

Overall my wife has indulged my inner-geek and “tolerates” all the gizmos and flashing lights. But I can honestly say that she loves the chore tracking and rewards management. It removes us parents from the equation when it comes to the battle of nagging and harassing the kids to do their jobs. Surprisingly, the kids not only love the easy automation (and fun stuff like tracking Mom & Dad’s cars), but they have also fully embraced the points and chores system. It gives them a well-defined and consistent structure wherein they are empowered to self-manage their responsibilities. In other words, they aren’t at the mercy of their parent’s mood-swings when it comes to what is truly expected of them!

As a parent with a teenager (alien?) living in my house, I think the cryptocurrency part of the Jarvis smart home is genius. Not only is Farley providing a fair and immutable record of his children’s adherence to the family’s chore list, but he’s giving them an education in blockchain and cryptocurrency, something that every child should learn about sooner rather than later.

Farley’s home is a masterpiece of convenience and technology, but according to him the difficult part was the concept. He told us:

Most of what I have implemented is not that complicated from a technical standpoint. The hardest part was coming up with the vision and ideas for implementation. The actual software development itself is mostly just a matter of leveraging the vendor API’s to do all the heavy lifting. So if I can help other home-hackers shortcut (or jumpstart) the brainstorming process, they can then more quickly get to the fun part (coding!).

So what does the man who seems to have everything (crammed into his smart home) do next? He upgrades, like any good engineer would. Farley’s plans for the future are much like the rest of the technology sector’s: more AI.

Like a mad scientist I’m constantly dreaming up new use cases. One area I’d like to explore further is Advanced Analytics and Machine Learning. For example, what if I could feed a still image of the kitchen area to a machine learning model that would be able to tell if it was properly cleaned or not (for the chore completion)? Facial recognition to know who is home and who is not is another obvious example. I’ve also thought about Netflix’s Personalized Recommendations algorithms. Jarvis knows every TV show I’ve recorded for the past 10+ years. I would like to run that through some advanced analytics to have Jarvis recommend new shows to us based on what we’ve been watching.

And, if you’re wondering how you can get your hands on your very own Jarvis smart home management system, the answer is: you can’t. The reason why the system is so amazing is that it was painstakingly programmed and designed to work with the Farley family’s gear, gadgets, and software. But, as Farley’s proven, you can certainly build your own.

We’re not sure how one would go about measuring the “smartest home in the world,” but this has to be a contender for that crown. And, we’re certain this is the first smart home we’ve seen with its own built in cryptocurrency.

Check out the Hackster.io page for Farley’s work, where you can get a more in-depth view of the immense project.