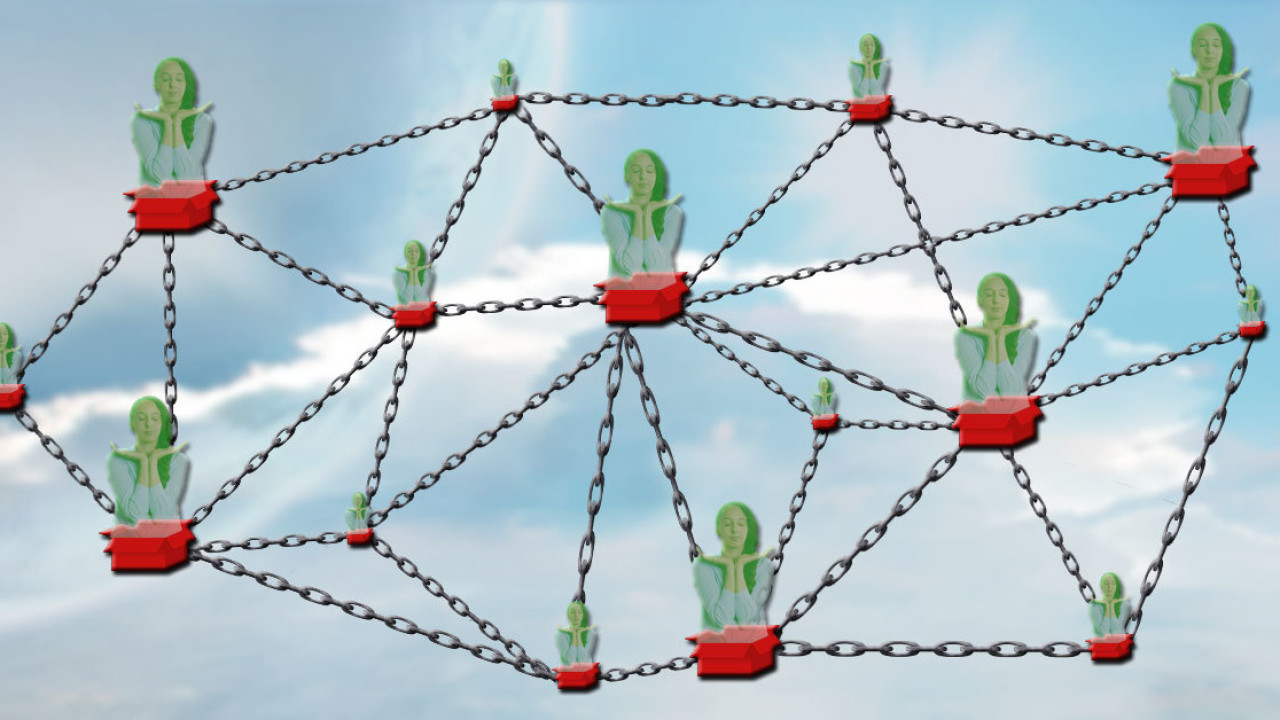 Humans have long sought answers to the fundamental questions of our existence. How did we get here? What is our purpose? Should I buy the dip? For some, the answers lie in churches full of sacred texts. But others place their faith in the house that Satoshi built, and on the blockchain.

@0xOmega is:
1. A consensus network based structure for religious belief and ritual
2. A synergistic belief set using consensus processes to form a collective consciousness and accelerate toward the Omega-point

Last year Anthony Lewandowski, an AI developer formerly with Uber, unveiled an AI-based religion called “Way of The Future.” And, at the time, it seemed like the strangest modern technology-inspired religion we’d see.

But Liston’s religion seems like the ultimate “HODL my beer” to that sentiment.

It’s hard to make sense of 0xΩ based solely on what Liston and Singer have told the media, but there’s enough information to make some assumptions. Business Insider reports Liston said:

That sounds a whole lot like “we’re going to upload our souls to the blockchain,” and, if that’s true, we’d absolutely love to see the white paper on that.

It might be easier to understand a religion that worships an AI, like Lewandowski’s Way of the Future, because, well, machines can communicate with us. Some theories on artificial general intelligence indicate that one day machines could become sentient, perhaps even surpassing humans in intellect. So, it follows, there’d be some folks willing to take the early plunge and try and get on our future robot overlords’ good sides.

Blockchain, on the other hand, seems better suited to facilitate worship than recieve it — but we’re not judging. Singer, for example, indicated to Business Insider that she believed people might one day tokenize a piece of art she’d created as a form of prayer.

The art in question? A narwhal with a doge head and an Etheruem tail. Yep, seems about right.

Share your thoughts on the decentralization of God in the comments section below — or just put a prayer on the blockchain and hope it reaches us.