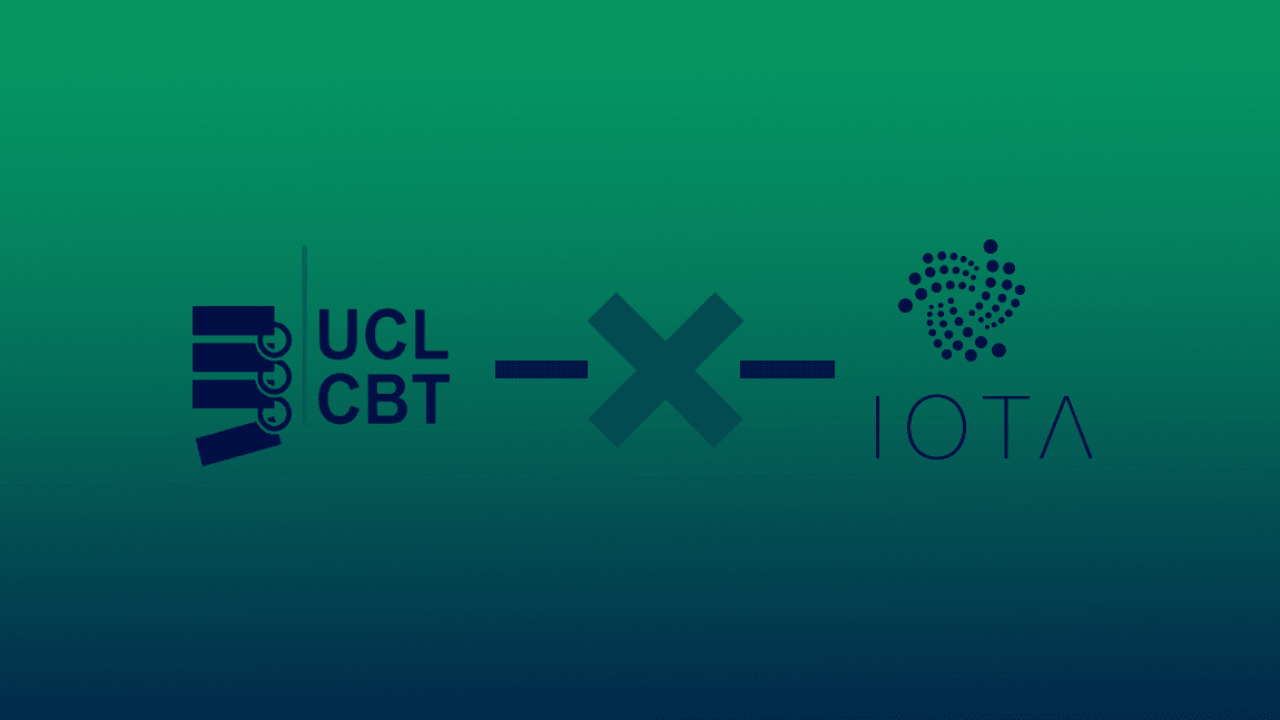 The Centre for Blockchain Technologies (CBT) at University College London (UCL) has announced that it is no longer associated with the IOTA Foundation.

In a statement pinned on its website, CBT explained it has decided to cut ties with the cryptocurrency foundation in support of open security research and the ability of researchers to conduct their work unburdened by the possibility of legal threats.

You can read the full statement as it appears on the CBT page below:

UCL Centre for Blockchain Technologies is no longer associated with the IOTA Foundation. In relation to recent news report, we reaffirm our support for open security research, as a prerequisite for understanding the assurances provided by any blockchain technology. It is inappropriate for security researchers to be subject to threats of legal action for disclosing their result.

While the statement does not explicitly mention the precise reason, the decision likely has to do with the controversial dispute between IOTA and MIT’s Digital Currency Initiative (DCI) dating back to last July.

Last year, DCI researchers Neha Narula and Ethan Heilman published a vulnerability report detailing a broken hash function in IOTA which purportedly made the technology susceptible to “practical signature forgery attacks.” While the cryptocurrency foundation ultimately disagreed with the report, numerous noted cryptographers defended the claims made by the DCI.

IOTA has since argued that the DCI failed to adhere to proper vulnerability disclosure standards when reporting the issue. The foundation further questioned the authenticity of the vulnerability report, citing alleged conflicts of interest within the DCI. DCI’s Narula has repeatedly denied all such accusations.

In October 2017, the situation took a turn for the worse when IOTA lead cryptographer Sergey Ivancheglo threatened Heilman with legal action – thought it should be pointed out IOTA maintains that Ivancheglo acted on his own accord and independently of the foundation.

Many influential figures in the blockchain space, including Ethereum co-founder Charles Hoskinson went on to speak out in support of Heilman, condemning Ivancheglo’s actions as antithetical to the true spirit of academia and “damaging to the relationship between researchers and cryptocurrencies.”

In addition to ending its relationship with the foundation, it appears that UCL has also purged all entries on IOTA from the CBT website. The page now returns a 404 error, but an archived version can still be accessed from the Internet Archive here.

Following yesterday’s announcement, IOTA Foundation member Navin Ramachandran – who also holds an honorary lecturer spot at the CBT – said that the move “came out of the blue” on the official IOTA Discord channel.

“As you have noted, several people within UCL, including Navin Ramachandran has expressed their frustration and perplexion toward this act,” IOTA co-founder David Sønstebø told Hard Fork. “In fact, we are still not sure whether this is a website being hacked or someone rogue in CBT that put this up.”

Hard Fork has been able to confirm that the CBT statement is indeed legitimate, according to people closely familiar with the situation.

“Making such a drastic statement and decision based on falsehoods on a Friday night when no one can reach the people involved is not protocol for a prestigious university or any of its affiliates (CBT),” he continued. “We have reached out to the directors of UCL CBT pending resolution, but again due to the odd timing, we probably won’t have any official response until Monday.”

On the topic of IOTA Foundation’s attitude toward cryptography researchers, that there is an ‘issue’ here is a misconception that gets repeated by bad reporting. The IOTA Foundation has always been and is still working very closely with globally renowned cryptographers, mathematicians, and other computer science researchers. There is absolutely no tension here beyond the false narrative pushed by a handful of people.

I will once more underscore that the IOTA Foundation has never threatened any researchers for their work, of course not, and we condemn the very idea of doing so, which we have denounced publicly repeatedly.

For the record, leaked letters from the exchanges between IOTA and DCI members suggest Ivancheglo first stated his intention to pursue legal action agains Heilman on October 21 last year.

“I’m writing this letter to inform you that I’m going to contact Boston University administration to make some things (related to your report on Curl-P) clear,” Ivancheglo wrote in an to email to Heilman and Narula. “I’m doing it via a lawyer, not personally. I’m informing you now because I like transparency and feel that I shouldn’t do that behind your back.”

We have reached out to CBT for further comment, but representatives weren’t available as the time of writing. We will update this piece accordingly should we hear back.