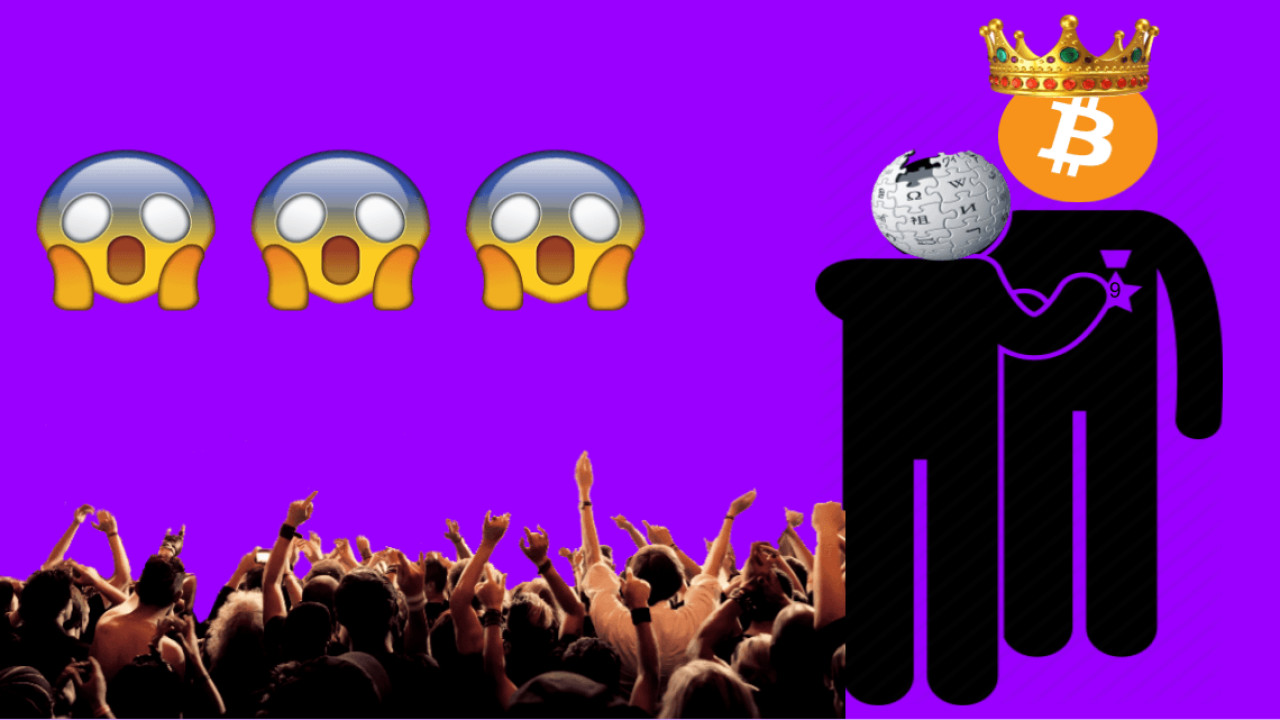 Gone are the days when you had to personally break down the concept of Bitcoin BTC to your less informed friends and family. Wikipedia has got them all up to speed now.

The 2017 edition of the annual ‘Top 50 Report’ of Wikipedia shows that Bitcoin was the ninth most-read article on the digital encyclopedia for last year.

Bitcoin’s article got a total of over 15 million views, less than a million short of the views for the entry on the US.

In a witty and poetic entry written by Wikipedia Senior Editor JFG, Bitcoin is described as something that is the highly speculative and intangible — but still would have been a better investment than Tesla stocks in 2017:

For our dear readers who can’t make heads or tails of this novelty: Bitcoin is as good as gold, shinier than lead, bubblier than tulips, held deep in the mines, and driving people nuts.

Gold has enriched adventurers and [B]itcoin has held fools to ransom. You may dive in a pool of gold, but lose it all at war. Strangely, while you can still buy gold today and forget about it until your great-grandchildren cash it out, the much-hyped “future of money” has turned into the most speculative intangible asset of all time, while proving totally unsuitable as a means of payment. Still, over 2017 at least, [B]itcoin would have been a better investment than Tesla stock.

Other cryptocurrencies still seem to be trailing far behind when it comes to popularity among the general population. There’s no other cryptocurrency related article that could make it to the list of top 50.

The term blockchain is getting more search queries now than Bitcoin, which also shows that people are diving deeper into the world of cryptocurrencies and trying to understand the technology behind it.

So… Who says Bitcoin is struggling to break into mainstream culture?