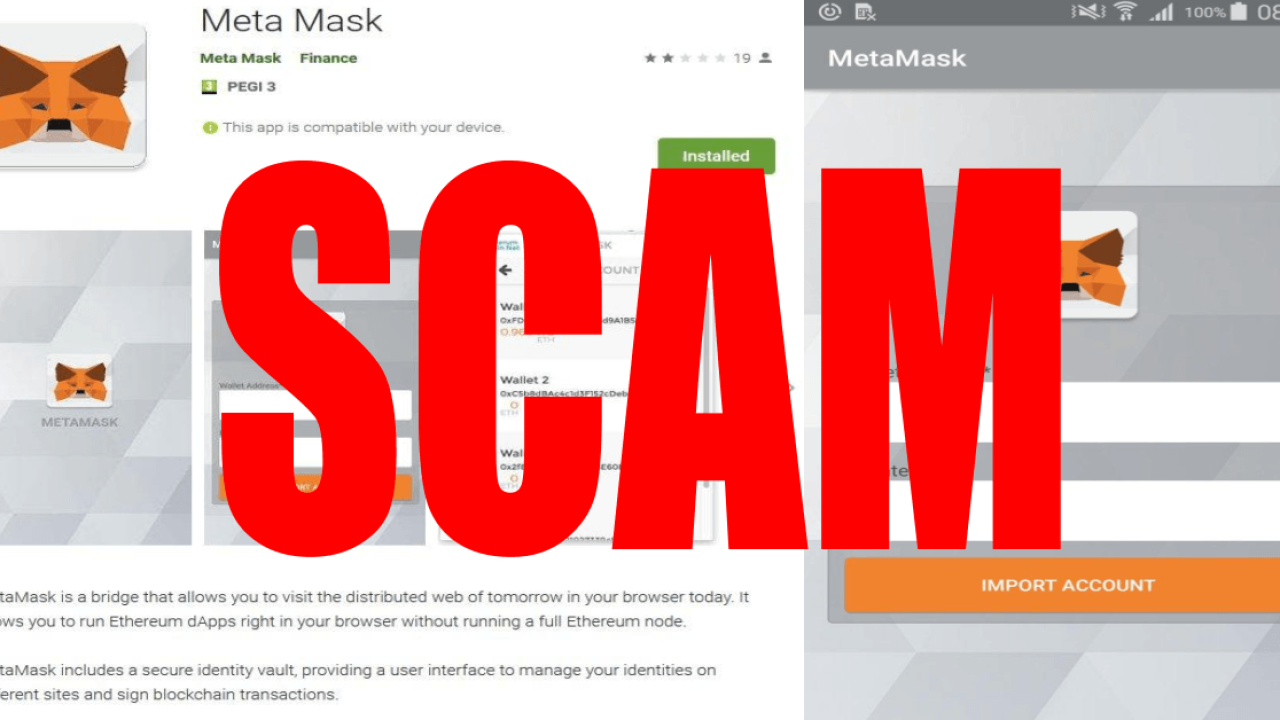 The epidemic of phoney cryptocurrency apps continue to float heedlessly on the Play Store, and Google can’t seem to do anything about it.

Security researcher Lukas Stafanko has found yet another phishing app on the Google Play Store — this time it is an imposter of Metamask, a popular Ethereum ETH DApp Browser.

Just last week, we had reported that Google Play is hosting a disturbing amount of cryptocurrency phishing applications.

The fake MetaMask app is at least the fourth phoney app to get through Google Play, after at least two fake MyEtherWallet apps, and a fake Poloniex phishing app.

It is not known whether a lot of users have fallen for the previous scams, but  the app was downloaded more than 500 times, according to Stefanko.

The reviews for the MetaMask app on the Play Store however show that at least a few users have fallen for this scam.

It is worth noting that Metamask does not itself have any app on Google Play Store. It comes as a web browser extension for Google Chrome, Mozilla Firefox and Opera.

As of press time, the app seems to have been deleted or removed from the Play Store.