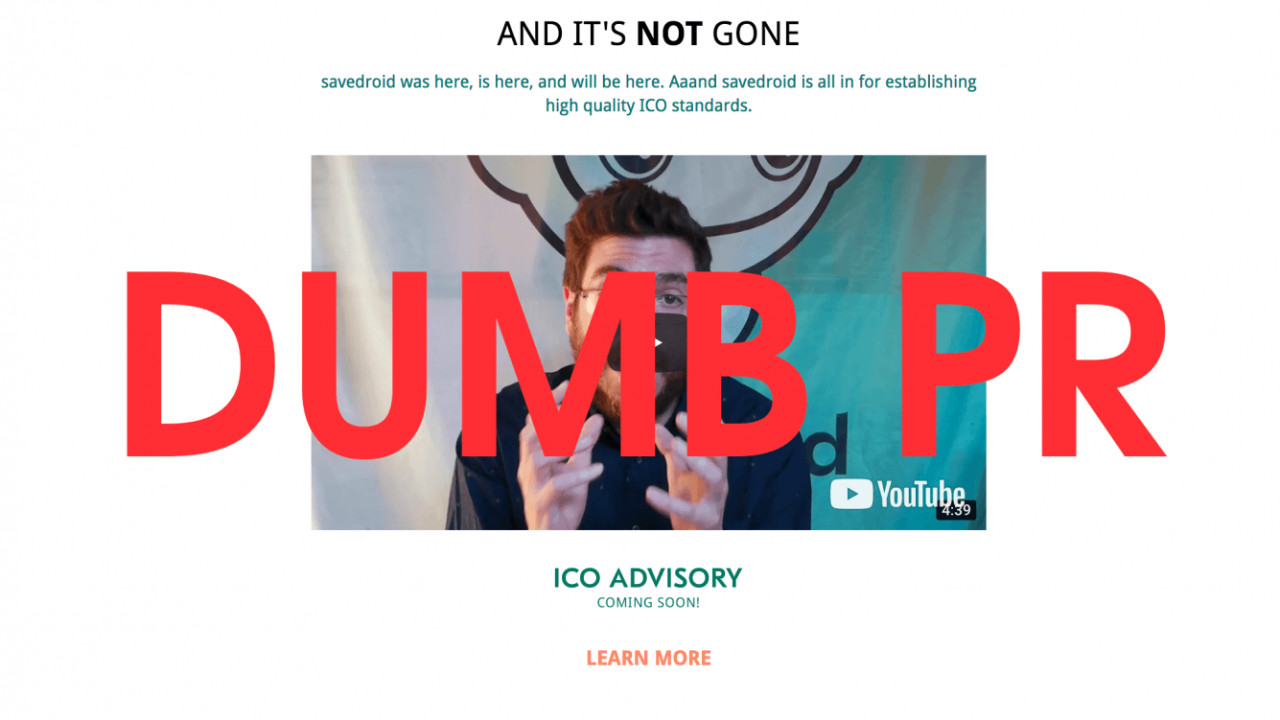 But in an interesting turn of events, it appears that the suspected exit scam was nothing more than a poorly thought-out PR stunt.

The whole situation unfolded after the Savedroid website suddenly went down, displaying just one cryptic meme:

As you could expect, many users went on to suspect that the website was hacked.

This is when Savedroid founder and CEO Yassin Hankir thought it would be a good idea to punk his Twitter following by convincing investors that the startup is pulling an exit scam. “Thanks guys,” he wrote. “Over and out,” he continued.

He also uploaded an image of himself enjoying a beer on the beach.

It didn’t take long until this silly stunt picked up. Indeed, given the recent string of exit scams in the cryptocurrency space (Prodeum, Confido, Loopx) , nobody found it bizarre that yet another ICO has dashed off with its investors’ money.

But now that this so-called “PR stunt” has gone viral, it seems Savedroid no longer thinks it is funny to pretend it is exit scamming.

Hankir revealed that all of this was just a ‘drastic campaign’ played to highlight how easy it, in fact, is for ICOs to run away with their investors’ money.

If we look to this market, and this is what we have experienced in the last 4 months, we saw that there is so much scam happening, scam from the beginning to the end of the ICO…exit scams all over the place. We believe, what we have seen so far is just the tip of the iceberg. The question is how can we change that? And I think it should change. We all have a common goal, we want this market —the crypto market, the ICO market— to be sustainable for innovative startups.  That is why we wanted to send this very drastic message by just saying how easy it could have been that we even as a highly regulated German corporation, we could have just run away…. then exit scam with all the funds, leaving all the investors behind.

As a result of this ghoulish PR exercise, Savedroid has in fact managed to bring the limelight back to the vital issue — ICOs need to be better regulated, and investors need to be smarter and more cautious about investing in them.

Still though, staging a bogus exit scam might not be the smartest way to get this message across.