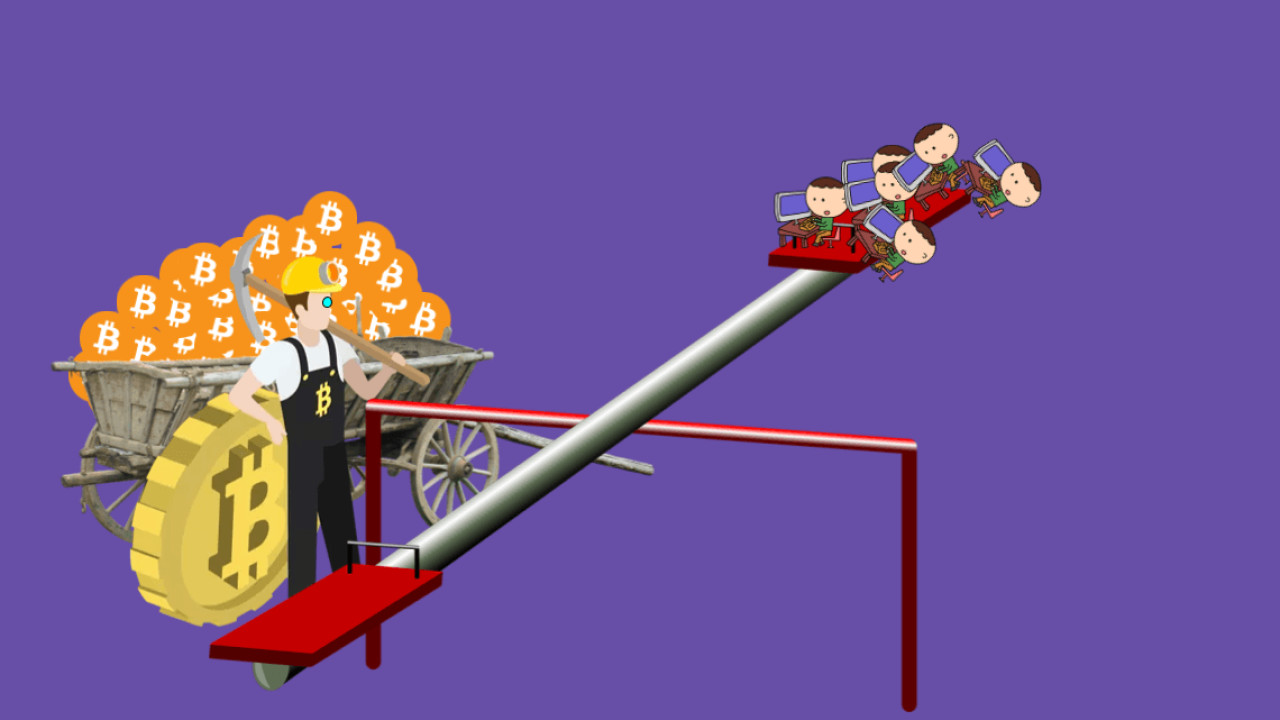 There’s been a lot of controversy surrounding Bitcoin BTC mining pretty much since its inception. The process of mining is so costly that it’s unfeasible for most people to be able to participate in the mining, leaving the control over the blockchain consensus mechanism to a select few people.

Discussing the financial feasibility of Bitcoin mining, Vavilov told Shin that mining is profitable down to a price of $2,500-$3,000 per Bitcoin, even though it might vary a little by location.

.@BitfuryGroup's @valeryvavilov says it depends on the location but a basic calculation shows that #bitcoin mining is profitable down to a price of $2500-$3000 per bitcoin.

The discussion attracted the attention of Ethereum co-founder Vitalik Buterin, who highlighted who highlighted that the figures confirm the capital costs of mining to be higher than the operational costs.

He argued that it is unrealistic to expect the 51 percent attackers to disband anytime soon because they already have their capital infrastructure in place, and the operational costs are in their favor.

This has many conclusions; one is that you can't expect a 51% attacker to "run out of money and give up" anytime soon https://t.co/852xN7T4RD

Some users pointed out that Bitcoin mining for them becomes unprofitable at a price much higher than $3,000. Shin clarified that one of the reasons why these calculations would not apply to small-scale miners is due to Bitfury’s ability to manufacture their own mining rigs.

And since it’s Bitfury, they’re manufacturing their own miners. It’s not like the other calculations online in which the person has bought mining equipment at retail price.

This entire discussion puts the focus on one important factor — it’s considerably cheaper for large-scale miners to mine BTC than it’s for small-scale ones. This is what leads to the monopoly over the blockchain consensus as well, and leads to the possibility of 51 percent attacks and tampering with blockchains.

This is hardly news at this point.

Concerns over 51 percent attacks have been imminent from the very beginning of the existence of cryptocurrencies. However, these recent events have brought the focus back to them. Cryptocurrencies work on decentralization of authority and if a few whale miners are going to control the entire consensus mechanism, then cryptocurrencies have lost the very essence of their existence.

The vulnerability of blockchains has been a hot topic in the cryptocurrency community recently, especially after the 51 percent attacks on two proof-of-work cryptocurrencies, Electroneum and Verge.

Last week, it became clear that Electroneum had fallen victim to a 51 percent attack after users noticed that a massive amount of empty blocks were being constantly mined on the currency’s blockchain one after another, preceded by a sudden drop in hashrate.

Following the Electroneum attack, Verge reportedly suffered a 51 percent attack too, purportedly losing around 250,000 XVG (approximately $21,500) to the attackers.