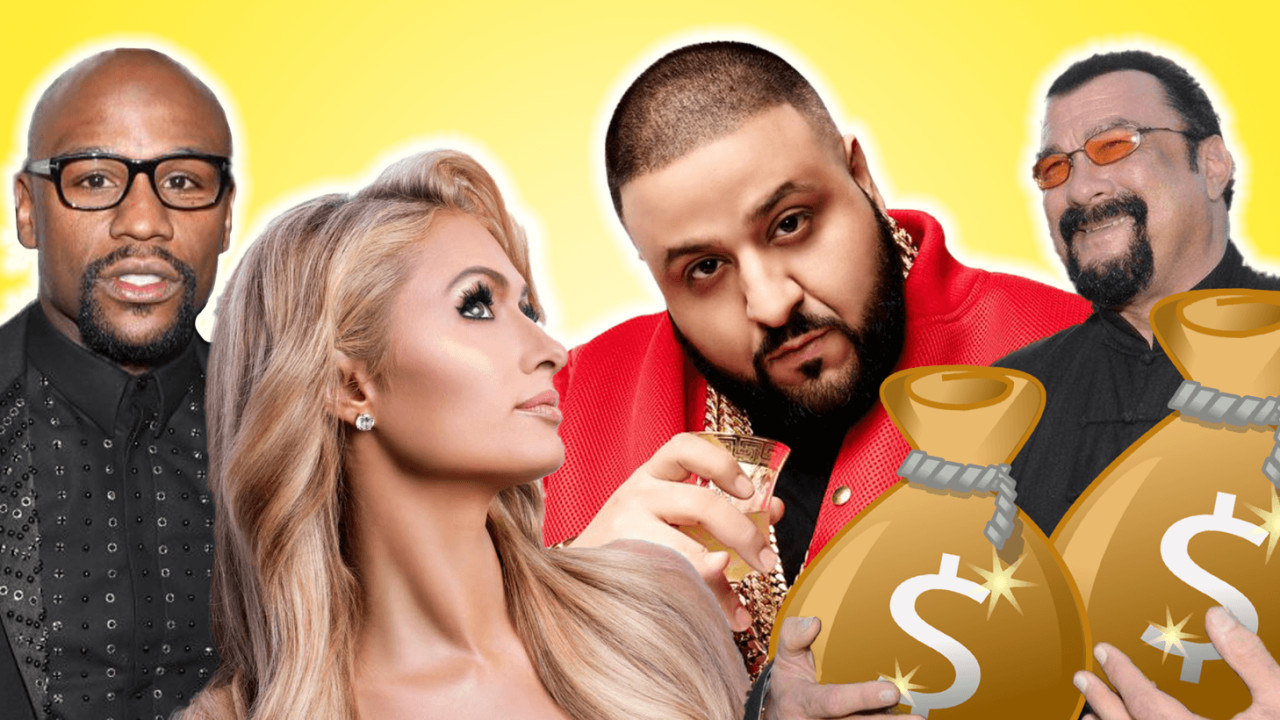 In an initial coin offering (ICO) there are two likely outcomes: profit handsomely or get taken for a ride. Rarely does the volatile nature of the investment offer any middle ground. And if it’s an ICO you first heard about on social media from a celebrity endorsement, you can be all but sure it’s the latter. Still, the lure of overnight profits often overrides judgement, leaving otherwise risk-averse investors willing to take a leap of faith in otherwise proven technologies.

First, what is an ICO?

Simply put, it’s a round of fund-raising similar to an initial public offering (IPO), only the shares don’t have a vote, investors can’t buy a majority stake, and there’s no underlying assets backing the investment. Investors inject capital into a project they believe in — or could make them rich — and are handed worthless tokens in exchange. The hope is that the tokens appreciate in value and that the investor can recoup his initial investment and a tidy profit.

And sometimes they do.

It’s success stories like these that we’re familiar with. Newly-minted millionaires leaving the grind to form their own crypto utopia in Puerto Rico; the 12-year-old who invested $1,000 and became a multi-millionaire by his 19th birthday; or the guy who turned $3,000 into over $25 million in Bitcoin profits and now travels the world in the most luxurious way imaginable.

But for every boom, a bust lingers on the horizon. It’s a truth few are willing to face in the cryptocurrency world, a world where unfavorable news is often dismissed with conspiracy theories about “whales” and “FUD.” In this world, success is rewarded in the form of “Lambos” and New York Times features. Failures are tucked away in a corner where we can forget that it isn’t just money on the line, but often human life.

Bring on the celebrities

Celebrities aren’t immune from the excitement. In recent years, numerous notables have been lured into the fray. Actors, athletes, and public figures have been promised lucrative deals that trade a recognizable name for social proof that some of the shadiest cryptocurrency projects in existence are, in fact, legitimate.  We’ve seen the likes of DJ Khaled, Floyd Mayweather, Paris Hilton and even washed-up has-beens like Steven Seagal shout to anyone willing to listen about the investment power of upcoming ICOS… for a price.

And that’s where it gets a little hazy, at least for me.

In our daily lives, these aren’t the names that lend themselves to credibility in the investment space. They aren’t Warren Buffet. Hell, they’re not even Jim Cramer. These are celebrities, two of which are paid for either punching or pretending to punch other people in the face.

Mayweather, it’s worth noting, may not even be able to read. (We don’t find this funny, and this isn’t an attempt to make light of anyone struggling with illiteracy. But it’s important in this context.). Hilton’s most notable achievements include a sex tape, a career as a notoriously bad DJ, and a couple of failed reality series’. Seagal might be the worst of the bunch. He’s been accused of harassing, beating, and sexually assaulting numerous women. And then there’s the really weird stuff, like accusations of human trafficking and killing an 11-month-old puppy.

These aren’t the people you’d generally trust with your money. But for some reason, millions are lining up to drop significant sums of cash on ICOs ranging from ambitious and unproven, to downright shady.

And you have to wonder: do they even understand the technology they’re endorsing? That’s not a knock, some of the smartest investors on the planet still can’t make sense of Bitcoin — the most popular cryptocurrency and arguably the easiest project to wrap your head around. But we’re supposed to believe that not only do these people understand the underlying technology, they’re comfortable enough recommending it to millions of followers in exchange for pay?

Buying endorsements from social media influencers is an on-going problem, and one regulators have scrutinized in recent years. The Securities and Exchange Commission is aware of the practice, but so far seems happy to throw subtle shade rather than taking legitimate action. Sweeping legislation is absent, but coming — or so everyone seems to think. For now, this warning will have to do:

Investment decisions should not be based solely on an endorsement by a promoter or other individual.  Celebrities who endorse an investment often do not have sufficient expertise to ensure that the investment is appropriate and in compliance with federal securities laws.  Conduct research before making investments, including in ICOs.

While often characterized as “frowned upon” by regulators, these endorsements could actually be breaking numerous laws. A sponsored post, by letter of the law, must be labeled as sponsored. In other words, celebrities on the take need to disclose the nature of their agreement with the company. Some have taken to burying two simple letters “#ad” in a sea of hashtags in hopes of obscuring the practice while remaining compliant. Others ignore it entirely — see Mayweather’s post above.

But while hawking energy drinks or Lululemon apparel without disclosing it might get you a slap on the wrist and a fine from the Federal Trade Commission (FTC), once you move into securities and investments, you’re risking jail time. And if the project turns out to be fraud — which many have — you can expect scrutiny from all sorts of three letter government agencies.

If common sense or legality doesn’t move the needle, there’s also an economic justification in not trusting celebrity-endorsed ICOs. Here are just a few of the most recent examples, featuring high profile celebrities and projects that, well, weren’t exactly what they promised to be.

The two co-founders of Centra — a token backed by Mayweather, DJ Khaled, and soccer star Luis Suarez — were recently arrested and charged with fraud.

Steven Seagal and Bitcoiin (B2G) severed ties days after its ICO — and just a month after announcing the partnership. We covered B2G previously, as the coin and partnership never really passed the sniff test for us.

That leaves Paris Hilton, who began distancing herself from LydianCoin after the CEO of the token’s parent company found himself facing jail time. Hilton has since deleted all tweets mentioning her involvement with the project or how much she was “looking forward to participating in the new @LydianCoinLTD Token.”

Since the tweet, Cobinhood has proven to be another controversial coin after it was later discovered CEO Popo Chen had offered pre-mined tokens in exchange for social media endorsements. Or, there’s the dozens of complaints from users that the exchange is showing one price and filling buy or sell orders with another — potentially costing investors thousands of dollars with each order.

Look, I get it. These are the people some aspire to be. And while I’d first question their aspirations and hope to nudge them into more suitable role models, I can understand why their word means something. But if we can look beyond questionable role models for a second and instead look at the history of celebrity-endorsed ICOs, I think we can all agree on one thing: we shouldn’t be taking investment advice from celebrities who aren’t qualified to give it.