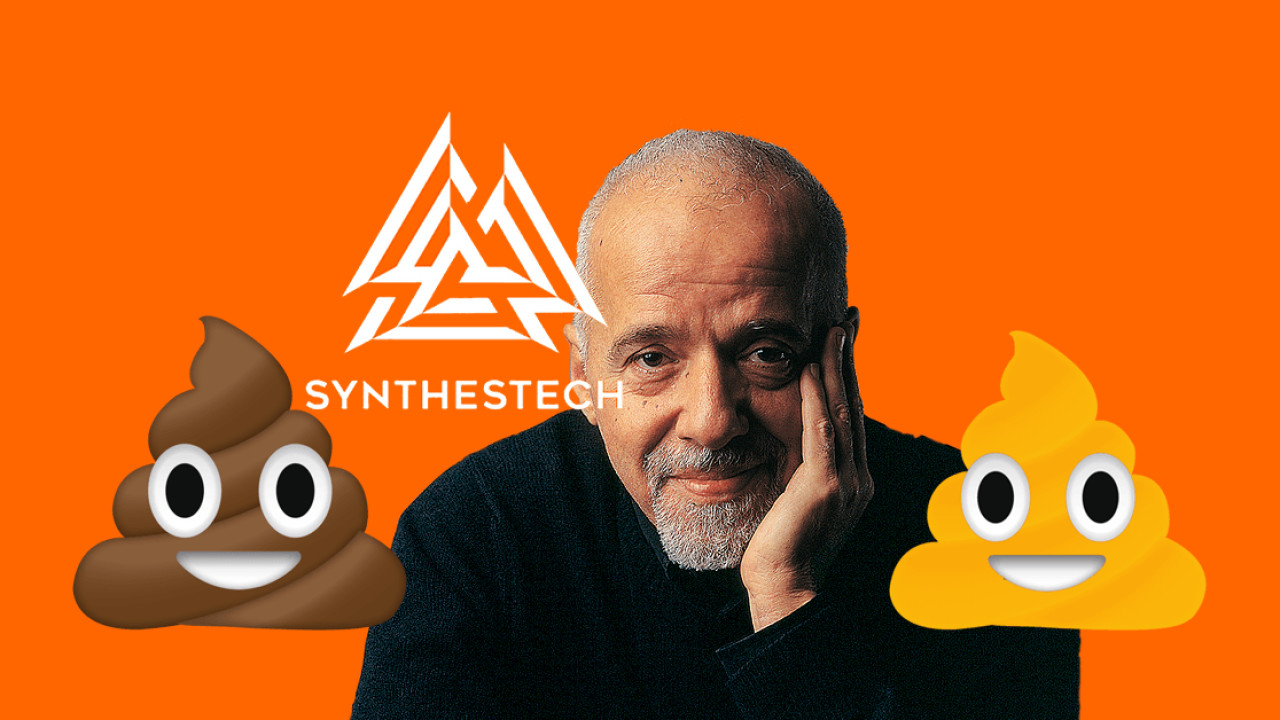 In times when initial coin offerings (ICO) are raking in billions of dollars and raising the value of your company could be as simple as adding the word “blockchain” to its name, it has become crucial to question why businesses need their own distributed ledger – and their own cryptocurrency.

This is precisely the question I found asking myself when I stumbled upon Synthestech: a cold fusion research firm purportedly developing cutting-edge technology for “transmutation of cheap elements into valuable elements and isotopes,” which has raised almost $600,000 in its own ICO.

What makes this case particularly interesting is that – similarly to blockchain – nobody has managed to use cold fusion tech productively on a commercial scale. Synthestech is gearing up to do both – at the same time.

The company is seeking to raise $1 million and accepts payments in Ethereum and Bitcoin, but also in US dollars and Euro. In return, Synthestech says it will distribute its STT (ERC20) tokens via the Ethereum network, giving investors one token for each dollar they’ve shelled out.

Synthestech has detailed its crypto-plans in its white paper, but the most striking part about the document is the absence of information on its use cases for blockchain and cryptocurrency.  Indeed, the word ‘blockchain’ appears only once in the entire document and the word cryptocurrency – twice (one time referring to one a Synthestech advisor serving as a “cryptocurrency consultant”).

“[STT tokens] are dividend tokens, which give the right to receive 36 [percent] of the profit of ST Global inc. company incorporated in Belize.,” the document reads. It then moves on to clarify that the tokens “do not grant shareholder rights.”

Blockchain enthusiasts have often mentioned the technology could one day be ideal for handling large volumes of microtransactions, but it seems Synthestech has no intention of doing that. “The use of Blockchain [sic] technology will allow to provide regular payments to [STT] token holders in any convenient form,” the white paper clarifies. “If possible – on a quarterly basis.”

Another popular feature of blockchain-based technologies is that all information stored is immutable, making it impossible to tamper with records. But here is the kicker: Synthestech seemingly has no interest in this functionality either.

So why is a cold fusion research startup turning to blockchain tech? According to Synthestech head of laboratory Roman Karabanov the answer is pretty simple.

“Block chain [sic] is good for money, but I don’t see how to use it for technology,” Karabanov told TNW.

“Funding for research is uncommon for traditional venture capital,” he continued. “Block chain [sic] is the fastest way to get funded and this makes it possible to reach implementation stage much sooner.”

Synthestech readily admits that most of the funds raised in its ICO will go towards building a state of the art laboratory where the company can continue its cold fusion research. “The development rights will belong to the Synthestech laboratory,” the company says on its website.

To increase the value of its tokens, the cold fusion startup promises it will use 36 percent of profits to buy back its own tokens. This approach, Synthestech insists, will eventually pump the price of the STT tokens to “no less than $450.” For context, this amount equals to a more than 450-fold return on investment.

One detail to stress is that there is no guarantee Synthestech’s research can deliver on its promises. When asked about the functionality of their technology, Karabanov told TNW its team has “observed the [cold fusion] phenomenon” but has yet to develop a functioning prototype.

According to a roadmap posted by the Synthestech team, the technology won’t be commercially ready before late 2019 – and the first dividends from investments are expected to come before that. It is worth noting that missed deadlines are nothing uncommon in the blockchain industry, so it remains to be seen whether the startup can reach its goals on time.

In the meantime, Synthestech is not holding back on promoting its ICO to blockchain and cryptocurrency enthusiasts – despite the fact it hardly makes use of these technologies.

The company has secured sponsored (read paid-for) coverage in a number of popular news outlets like CCN, Bitcoinist, and CoinSpot (in Russian). It has also managed to get its press release on Business Insider’s Markets platform.

Contrary to the common misconception, blockchain is hardly a magical fix for everything. Quite the opposite, it is a highly experimental technology which is yet to prove its usefulness in practice. The same goes for cold fusion and low energy nuclear reactions, which scientists have pursued to no avail since at least the 1980s.

Earlier in January, Nobel laureate and esteemed economist Paul Krugman controversially compared Bitcoin to cold fusion as an example of two overhyped technologies that are still very early on in their infancy – and thus difficult to predict when (and whether) they will become a commercially viable solution.

Synthestech has since taken Krugman’s criticism of cryptocurrency and turned it into a marketing campaign:

But that doesn’t change the fact: Building an entire business around two unproven technologies like blockchain and cold fusion is a huge risk for investors, to say the least.

It is even riskier considering that investing in Synthestech tokens offers no guarantees you will be entitled to a certain portion of all of its profits. Instead, investors are expected to blindly trust that the company will be profitable – and that it will spend a third of its profits to buy back its tokens.

ICO monitoring service Tokendata recently released a study indicating that a staggering 46 percent of all 902 companies that ran token sales last year have already failed. This is by no means evidence that Synthestech will fail too, but it is a fairly clear sign that the chances of failure are extremely high.

So if I were you, I would seriously think twice before pledging cash to Synthestech hoping it can transmute $1 into $450: blockchain-powered alchemy sounds like a cool concept, but it is as real of an opportunity as investing in a young Andalusian shepherd’s dreams of finding treasure at the pyramids of Egypt.