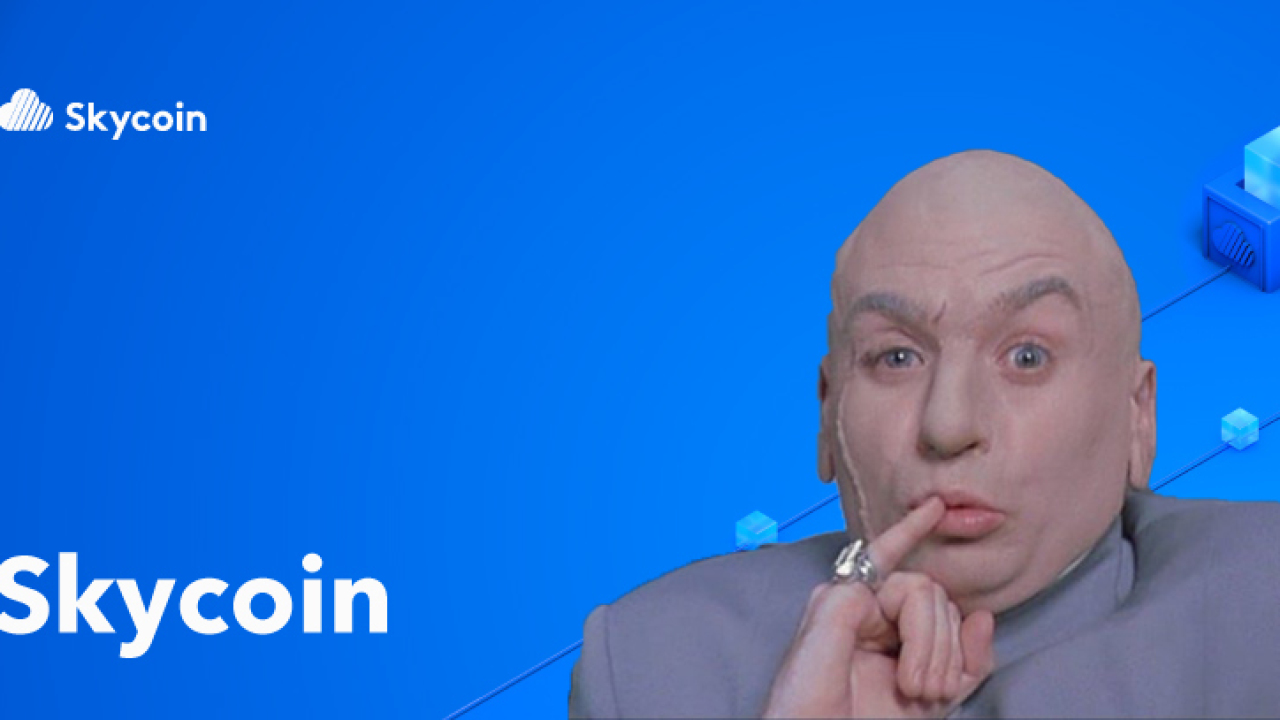 When our own Tristan Greene thoroughly dismantled a relatively small cryptocurrency project, labeling it a scam in progress, we expected pushback. We expected angry, threatening emails. We expected intimidation tactics hinting at lawsuits. And we definitely expected a rebuttal from the company trying to shed doubt on our reporting.

What we got was much better.

Today, Skycoin (SKY) founder “Synth” emailed TNW claiming our piece was erroneous and demanded an update that reflected the truth. The truth, according to Synth, was that we were duped; Skycoin COO Bradford Stephens — whom we interviewed for the story — never actually worked for the company.

This is the email, sent from an email address matching that of Skycoin’s founder, in its entirety:

It took all of 30 seconds and a Google search to prove Synth’s claims untrue. In fact, Skycoin did a lot of the work for us. We appreciate you.

For starters, Stephens didn’t just crawl out of the woodwork and attempt to con people; Skycoin’s public relations team introduced us to him, as the company’s COO, when we reached out for an interview.

It gets even weirder from there. The company COO is now “Sam,” a man with no last name. Odd, since all other Skycoin members — except those using pseudonyms like Synth — have a surname on the site, but not damning on its own. Maybe Sam is the cryptocurrency version of Cher, or Madonna. We can’t be sure.

What we can be sure of, however, is that Sam hasn’t been the company’s COO for four years, unless he shared the position with Stephenson. And as much as I’d like to say we know this due to our abilities as online super sleuths, we don’t; the company gave itself away when attempting to disprove TNW’s original findings with a rebuttal on Medium.

For a company that tries to cover its tracks by claiming Stephenson was never affiliated with the company, nor was he its COO, SKY didn’t exactly bother to cover up evidence proving otherwise. Take this snippet, from the aforementioned Medium rebuttal (which is still live as of this writing):

There’s also a tweet, from Skycoin’s official Twitter account (as linked on its webpage) to promo an upcoming speech by its “not” COO Bradford Stephens (also live, as of this writing).

But why go through the trouble?

For answers, we can again look to the post on Medium.

The idea is that people will line up to buy a mining apparatus for coins that were pre-mined — meaning, Skycoin owns all of the circulating supply, minus those it has already sold or given away. To incentivize investors, its founders are offering a 99 percent refund of the original purchase price (one bitcoin).

The scheme offers at least two potential ways to profit from unwitting investors.

On the front end, the project earns by selling $600 mining hardware for one bitcoin (about $10,000 currently).

Secondly, hardware purchases will have investors unwittingly propping up the price of the underlying asset. By converting one cryptocurrency (BTC) into another (SKY) investors are moving the price of the market. With one entity holding a majority of the circulating coin supply, it won’t remain propped up for long before you start hearing the words exit scam.

Update: Following our coverage, Skycoin has quietly edited its Medium post to say that Stephens – who they initially claimed never worked for the company – was their “Marketing Director.”

As seen in the screenshots above, the post previously insisted Stephens served as Skycoin’s COO.