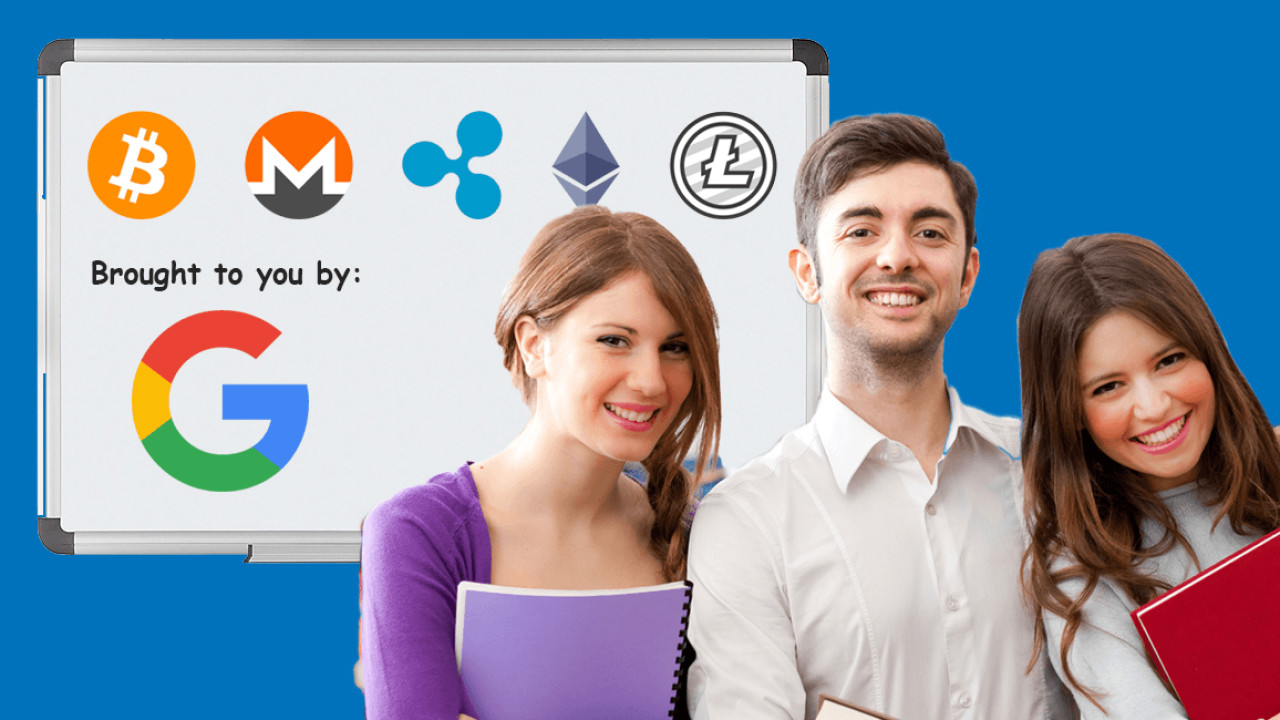 Google has cooked up an interesting new strategy to lure talent in to its university recruitment events: talking to students about cryptocurrency and blockchain.

The search engine titan will be hosting a talk on the “Fundamentals and Some Recent Innovations in Crypto-Currencies” at the Polytechnic University of Milan in Italy. The lecture is scheduled to take place on March 8 and will preface the company’s two-day recruitment event, where Googlers will share details about the company and its hiring process.

We spoke with representatives of the Polytechnic University of Milan who confirmed to TNW that the event is indeed official and organized by Google.

“Bitcoin, Ethereum, Monero, Litecoin… Many crypto-currencies have been in the news lately and most people know they can [be] purchased as an asset or exchanged as currency,” the description for the talk reads. “Less well known is how they really work.”

“In this talk, I’ll review the basic differences between the most popular ones and highlight some interesting innovations in the space, including scripting, privacy and reducing electricity requirements to protect the environment,” it continues. “The talk will be followed by a description of Google jobs and internships and an overview of our interview and hiring process.”

Unfortunately, the website does not state who will be hosting the announced “Fundamentals and Some Recent Innovations in Crypto-Currencies” talk at Politecnico di Milano.

The phrasing, though, strongly suggests that the talk will be given by a Googler.

We have reached out to Google for further clarification and will update this piece accordingly if we hear back.

It is not all that surprising that the internet giant is targeting potential hires with cryptocurrency-themed events.

Indeed, The New York Times reported earlier in February that blockchain-related courses are swiftly picking up steam on campuses around the US. Among others, Carnegie Mellon, Cornell, Duke, the Massachusetts Institute of Technology and the University of Maryland offered graduate-level courses in blockchain and crypto.

One thing I can tell you for sure though: there are worse ways to appeal to university students – ask Microsoft about it.