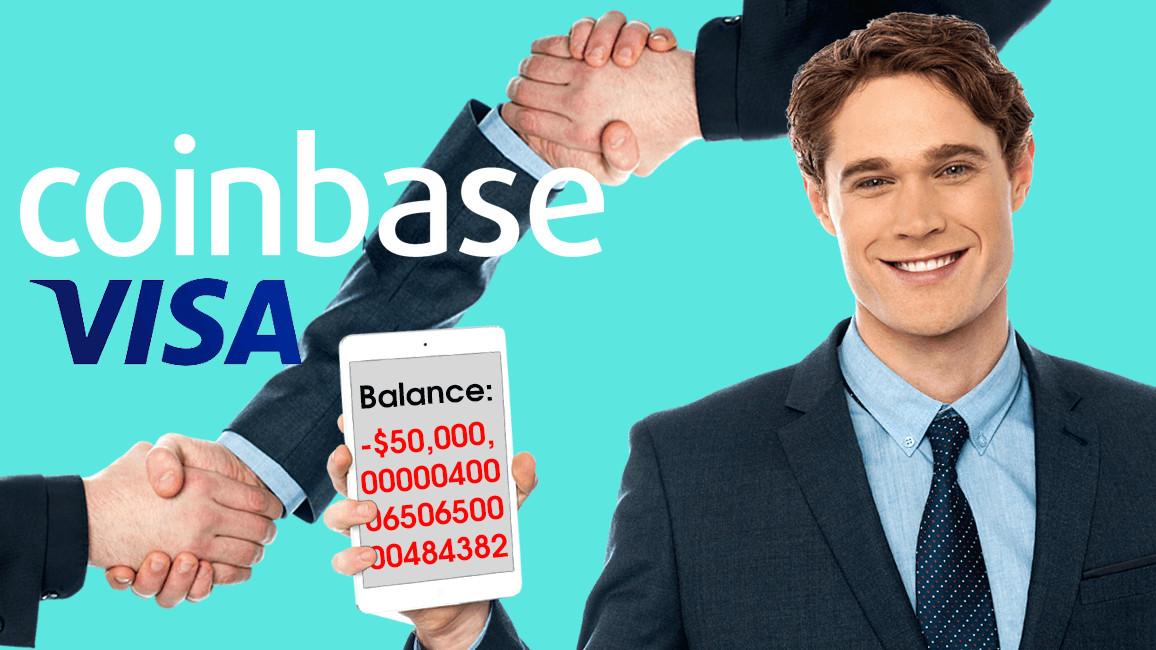 Following a deluge of complaints, Coinbase confirmed it suffered a glitch which resulted in charging numerous users multiple times for the same cryptocurrency purchase – some for up to 50 times the original sum. But while customers deal with negative balances, both companies remain reluctant to own up to this epic blunder.

Despite initially admitting the erratic overcharges originated from its own payment processing network, Coinbase swiftly changed the tune, blaming the malfunction on Visa and recent changes to the MCC code implemented by a heap of leading financial institutions.

“We’re currently investigating an issue where some customers were charged incorrectly for purchases of digital currency with credit and debit cards,” a Coinbase spokesperson told TNW. “This is related to the recent MCC code change by the card networks and card issuers charging additional fees.”

“We have identified a solution and future purchases will not be affected,” the company assured.

Hours after releasing this statement, the popular exchange desk took to Twitter to pin the accident on Visa.

The situation took an interesting twist when several hours later, Visa came forward with its own statement, insisting there was no evidence to suggest the flaw stemmed from its system.

“Visa has not made any systems changes that would result in the duplicate transactions cardholders are reporting,” a Visa spokesperson said to TNW. “We are also not aware of any other merchants who are experiencing this issue.”

“We are reaching out to this merchant’s acquiring financial institution to offer assistance and to ensure cardholders are protected from unauthorized transactions,” it continued.

While the language appears deliberately vague, the statement strongly implied that it was the “merchant” – namely Coinbase – and not Visa at fault.

In the meantime, broke users kept flocking to Reddit in search for a way out of this horrid affair. Coinbase had already assured users that the multiple charges were indeed a mistake, but the company was yet to clarify how affected customers can claim their money back.

“We will ensure any customer affected by this issue is fully refunded,” a Coinbase spokesperson explained. Unfortunately, she could not provide a clear timeline for the refunds, other than they should take place “automatically through [the customers’] bank.”

The truly appalling part is that, while the two companies were bickering over who should take the fall for this disaster, thousands of customers were stranded without any cash – or clarity how to go on about settling the exorbitant overdrafts they had incurred.

“You [meaning Coinbase] drained my bank account and now I have nothing,” one user cried out on Reddit. “Welp officially broke, charged 17×1000$ on my account,” said another user.

This is when Visa and Coinbase decided to co-ordinate yet another statement on the matter, this time around in collaboration with payment processing service, Worldpay.

“Over the last two days, some customers who used a credit or debit card at Coinbase may have seen duplicate transactions posted to their cardholder accounts,” Visa and Wordplay explained in the statement posted on the official Coinbase blog.

“This issue was not caused by Coinbase,” it continued. “Worldpay and Coinbase have been working with Visa and Visa issuing banks to ensure that the duplicate transactions have been reversed and appropriate credits have been posted to cardholder accounts.”

“All reversal transactions have now been issued, and should appear on customers’ credit card and debit card accounts within the next few days,” the statement clarified further. “We believe the majority of these reversals have already posted to accounts.”

Though it is encouraging that Coinbase and Visa are both vouching that affected customers will be remunerated for the wrongly billed multiple charges, it is frustrating that both companies are so actively avoiding to accept responsibility for the technical issue.

The carefully phrased statements are telling: three announcements in, there is still no culprit to blame for the accidental overcharges – not according to the statements, at least.

How is it possible there are numerous affected users, but no companies at fault? Someone clearly messed up – and we should not let the parties involved walk away from this without any repercussions for the terrible customer service they’ve provided.

The issue was caused by a number of other separate companies and only they can resolve. If we had any power to do so, we would. We are pushing for resolution as quickly as possible.

Contrary to promises made by Coinbase and Visa, Redditors are still reporting being unable to claim refunds for the wrongly incurred multiple charges. But here is the kicker: users are reporting that – despite Visa’s public announcements – its customer support still blames Coinbase for the mishap.

This is clearly an inconsistency in communication Visa and Coinbase should address before the confusion escalates even further.

“On the phone [with] Visa,” read one post on Reddit. “They are refusing to reverse charges as instructed by Coinbase email.”

A commenter in the tread was quick to second the claim. “I got the same response,” the other user said. “I also spoke to a manager at Visa who denied knowing anything about Visa ‘accepting responsibility’ for overcharging.”

“Are we still getting our fund back,” asked another concerned poster. “I woke up with a negative balance way above a grand on [F]riday morning. I have [three] direct debits due on that [F]riday […] rejected and that included my rent.”

In all fairness, some fortunate Coinbase customers have reported receiving refunds already – so we know the exchange desk is indeed working on a solution with Visa. The problem is that most users still have no idea when they can expect this whole matter to be resolved.

In any case, it is truly scary that Coinbase and Visa can simply bail out from a howler of this magnitude without even accepting a smidgen of accountability.

We should all be worried when the parties involved are more interested in protecting each other’s brands than helping their respective users. One thing is for sure though: those are not the actions of companies that have the customers’ best interest at heart.