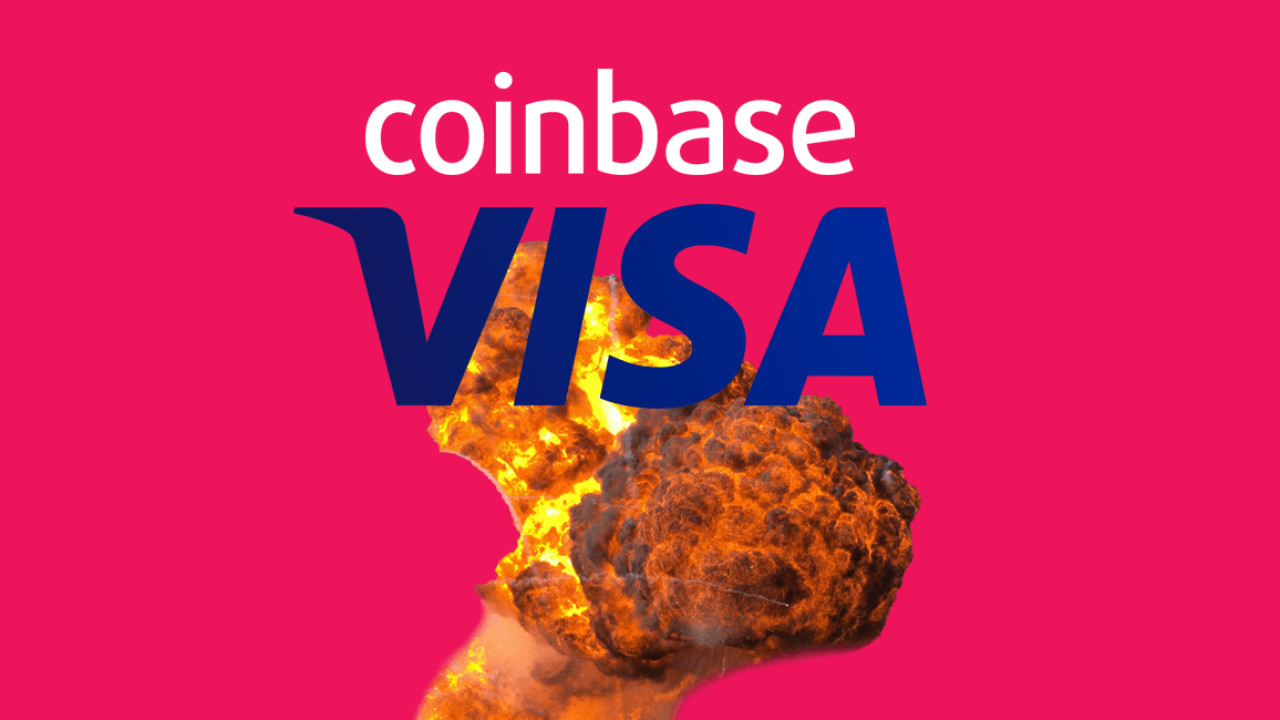 Update: Visa has corrected its vague statement with regards to the Coinbase technical issue which resulted in overcharging multiple cryptocurrency buyers. Previously, the company denied fault for the issue, practically shifting blame back to the popular exchange desk.

The company has now released another statement, together with payment processing service Worldpay, which suggests the issue might not have been Coinbase’s fault after all. Still, the statement conveniently refrains from naming the culprit for this massive blunder.

“Over the last two days, some customers who used a credit or debit card at Coinbase may have seen duplicate transactions posted to their cardholder account.”

“Worldpay and Coinbase have been working with Visa and Visa issuing banks to ensure that the duplicate transactions have been reversed and appropriate credits have been posted to cardholder accounts,” the statement continues. “All reversal transactions have now been issued, and should appear on customers’ credit card and debit card accounts within the next few days.”

“We believe the majority of these reversals have already posted to accounts,” it adds. “If you continue to have problems with your credit or debit card account after this reversal period, including issues relating to card fees or charges, we encourage you to contact your card issuing bank.”

While it is great to hear that customers will get refunds, it is quite disappointing to see that seemingly all companies involved have quietly gotten away without accepting responsibility for this mess.

Meanwhile, there is still no clear timeline on when customers can expect to receive their money back.

Following a technical issue which resulted in Coinbase overcharging numerous cryptocurrency buyers for up to 50 times their original purchase, VISA has now come out to blame the bug on the popular exchange desk.

“Visa has not made any systems changes that would result in the duplicate transactions cardholders are reporting,” a Visa spokesperson told TNW. “We are also not aware of any other merchants who are experiencing this issue.”

“We are reaching out to this merchant’s acquiring financial institution to offer assistance and to ensure cardholders are protected from unauthorized transactions,” the statement concluded.

This dreadful situation first started shaping up when tons of Coinbase users rushed to Reddit to complain that the cryptocurrency exchange desk has wrongly charged them multiple times for their original purchase – some buyers claim they’ve been charged for up to 50 times the intended purchase.

Shortly after the news broke, Coinbase reached back to TNW to clarify that its team is investigating the issue, speculating it might have to do with recent changes to the MCC code by banks and financial institutions.

“This is related to the recent MCC code change by the card networks and card issuers charging additional fees,”  Coinbase told TNW. “We have identified a solution and future purchases will not be affected. We will ensure any customer affected by this issue is fully refunded. We expect these refunds to happen for customers automatically through their bank.”

Shortly after that, the company took to Twitter to shift the blame to Visa.

Coinbase has since assured users that the accidental charges will be refunded. Unfortunately, the company was unable to provide TNW a clear timeline for the refunds.

“We’ll work with banks to ensure refunds are processed as soon as possible,” a Coinbase spokesperson told us over email. “In many cases we expect that many refunds should happen automatically.”

While Visa and Coinbase are fighting over who should take responsibility for this massive blunder, heaps of affected cryptocurrency investors have cried out that the accidental multiple charges have practically emptied out their bank accounts.