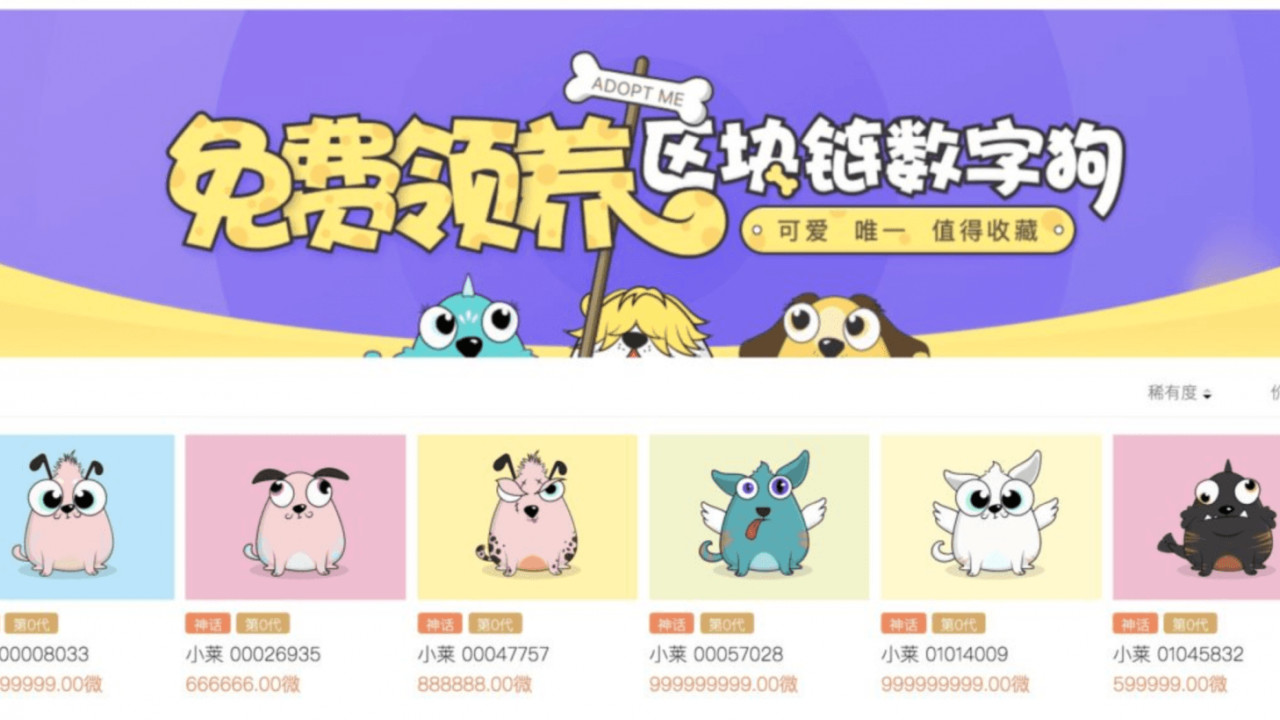 Chinese Google rival Baidu is the latest corporation to make its foray into blockchain tech – and its first undertaking is a doggy-centered copycat of smash-hit game CryptoKitties. But unlike its kitty counterpart, Baidu’s CryptoDogs will be based not on Ethereum, ETH but a new blockchain alternative known as Achain.

Similarly to CryptoKitties, Baidu’s knock-off lets you purchase, trade, and breed various digital doggies, whose defining characteristics are then recorded on a blockchain.

There are currently more than 20 pages with uniquely generated CryptoDogs on the game’s marketplace – ranging from thousands of dollars to measly cents.

All doggies are valued in Achain’s ACT cryptocurrency.

It remains to be seen whether CryptoDogs can attract the same amount of attention as CryptoKitties – though it will be interesting to see how Achain’s blockchain solution handles large volumes of pending transactions.

According to its website, Achain and Ethereum have a lot in common, including the ability to use their public ledgers “to issue tokens, smart contracts, create applications and blockchain systems.”

Back when it initially launched in December last year, CryptoKitties accumulated such tremendous amounts of interest that it eventually ended up congesting the entire Ethereum network. In fact, BBC reported the number of pending transactions jumped almost six-fold.

Just like that, a small game about petting digital kitties brought the entire Ethereum network to its knees, ultimately causing a terrible slowdown in transaction processing times and – even worse – a significant hike in fees.

Indeed, CryptoKitties turned out to be so popular that Axiom Zen – the studio behind the game – said it is currently working on a mobile version of the app too.

Meanwhile, this Wednesday the team of CryptoKitties will be joining one of our TNW Answers sessions, where they will be answering all sorts of questions from readers. Got anything you want to ask or complain about, drop your suggestions here!