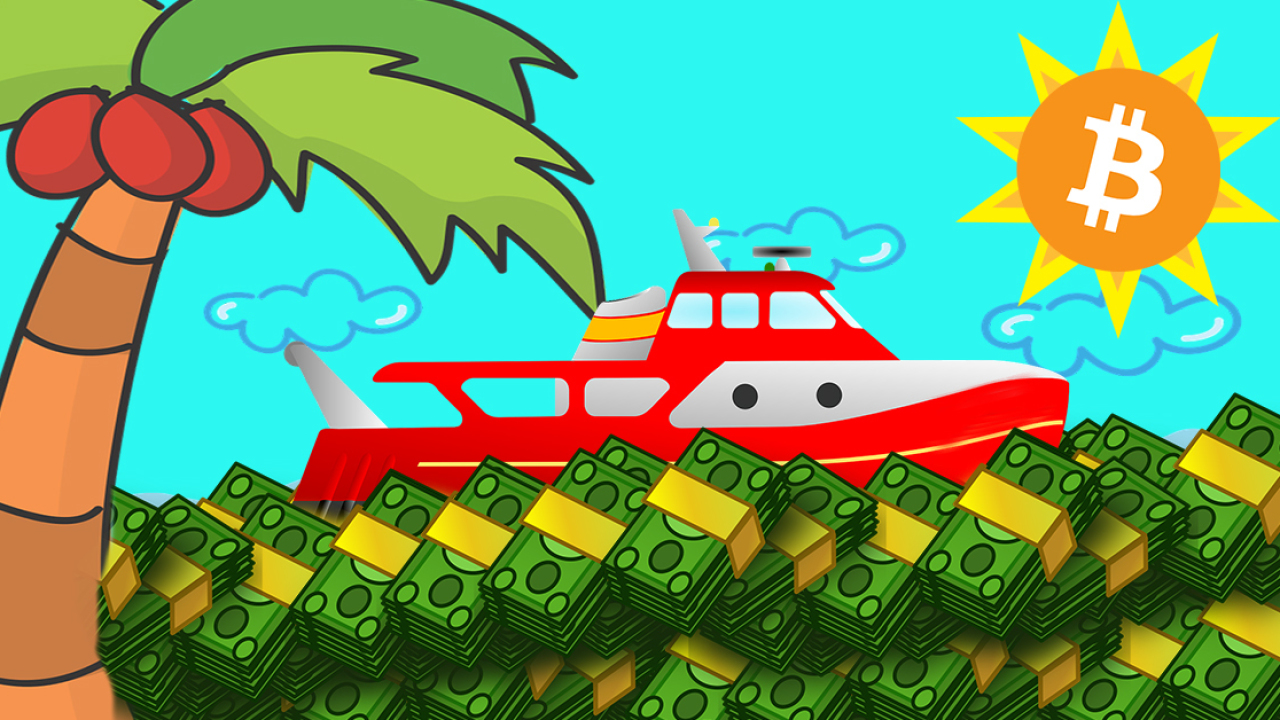 Here come the Bitcoin BTC bros, partying hard and snarfing some marijuana cigarettes, or whatever 20-year-old millionaires do. Except, this isn’t the 80s and we can’t prove there’s any cocaine.

A recent yacht party saw 600 enthusiasts travel to exotic Thailand in a swank affair complete with cryptocurrency-themed music and plenty of booze. While the party-goers’ vessel steamed across the ocean, Bitcoin was making waves of its own. The popular cryptocurrency’s value plummeted thousands of dollars in mere hours, which certainly shifted many of the passengers’ fortunes by millions.

But the party never stops when, if you’re optimistic, you know that’s just the way it goes. By and large, these people actually embrace the volatile nature of cryptocurrency. Just ask any of them, and they’ll tell you it’s all about the dip.

It’s getting harder to call crypto enthusiasts members of a subculture. We’re teetering on that moment in mainstream society where not knowing what Bitcoin is makes you look out of touch. “Buy the dip” is more than a movement: it’s a lifestyle now. And with a new class of millionaires retiring from the workforce in their 20s, technologies like blockchain and automation are going to become even more important.

And these millionaire millennials are elbowing their way into the mainstream whether you want them there or not. Unlike traditional investors or entrepreneurs they’re not broken by failure or discouraged by competition. In fact the more it looks like they’re losing, they more they act like they aren’t.

On social media they hiss at non-believers as though rebuking persecutors, and with good reason. Everything the previous generations have to offer on the idea of making money is irrelevant to their bank accounts. One third of millenials will be invested in crypto this year, says the London Stock Exchange.

And as was the case on that previously mentioned Yacht party, which according to Bloomberg was more of a meet-and-greet and community-building cruise, the market volatility that sends most of us screaming about bubbles doesn’t bother them at all.

Maybe it’s the Trump-effect – if you tell enough people you’re winning some of them will believe you. Or perhaps it’s some version of “fake it till you make it,” but from where I’m standing there’s more to it than just hubris.

When dealing with a generation who isn’t old enough to remember the Wall Street bonanza of the 1980s, which also made millionaires out of intelligent young people, it’s important to remember where they’re coming from. For all the talk of avocado toast and safe spaces they’ve been dealt a shitty hand too.

It’s harder for them to own a home, go to school, get a job that pays above the poverty line, or get health care than it was for their parents and grandparents – at least in the US, thanks to the 20th century attitude of mortgaging the future.

Those bills are coming due, and the millionaire millenials might be able to teach all of us some new lessons in economics.

Disclaimer: joining the #HODLgang is not necessarily a sound financial strategy, you shouldn’t invest in anything without talking to a financial adviser. Do not consider analysis from rappers or technology journalists a valid source of investment research.