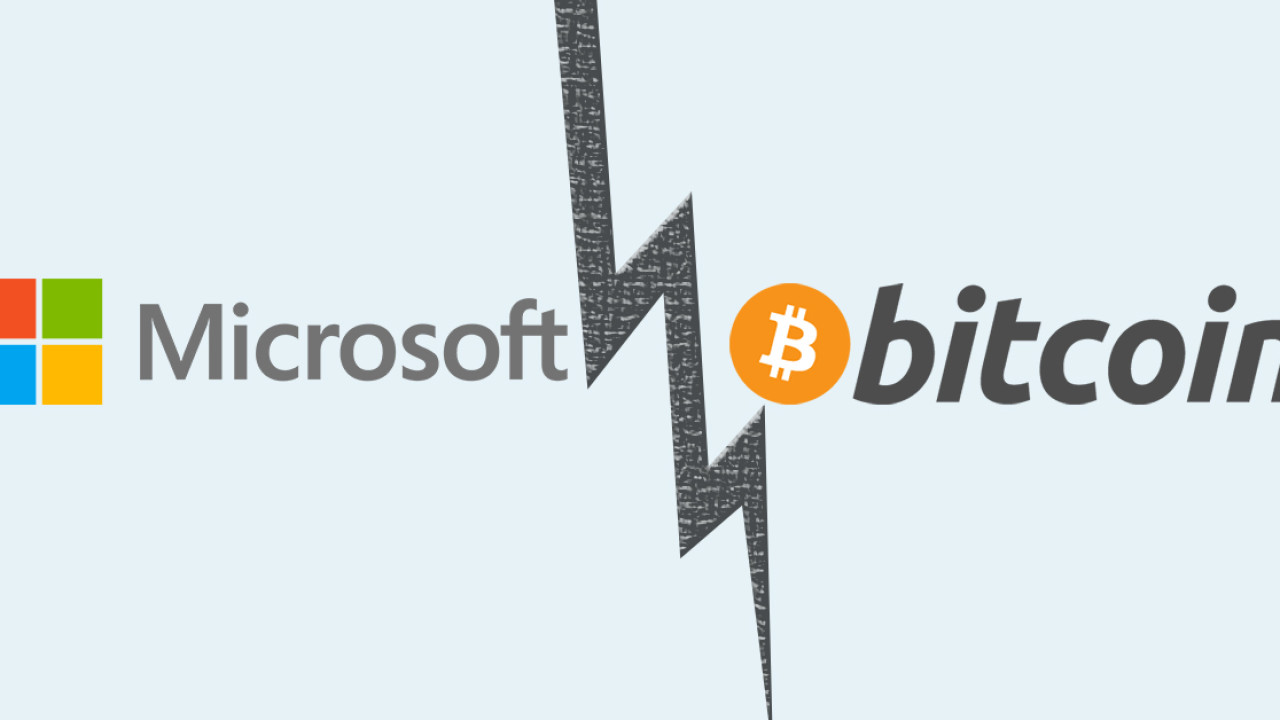 We’ve restored bitcoin as a payment option in our store after working with our provider to ensure lower bitcoin amounts would be redeemable by customers.

Microsoft yesterday stopped accepting Bitcoin BTC as a payment method for adding funds to users’ Microsoft accounts. However, a Microsoft employee with direct knowledge of the matter told TNW the move is a temporary one.

This isn’t the first time the company has temporarily halted Bitcoin payments since it started accepting them in 2014. In a strange series of events in March 2016 the company briefly stopped accepting Bitcoin before retracting what was described as “an errant post” and accepting the popular cryptocurrency again.

There’s still no official word from the company, and our sources wouldn’t cite exactly why the move was made, but news outlet Bleeping Computer reports market volatility may be the cause.

Bitcoin’s volatility has certainly been on display as of late, with the coin’s value fluctuating between $10,000 and $20,000 over the last three months — and no end in sight.

At this point Microsoft hasn’t released information concerning how much Bitcoin the company processes or how many users are affected. According to MSPowerUser, it looks like those trying to complete transactions are seeing the following message:

You can no longer redeem Bitcoin into your Microsoft account. Existing balances in your account will still be available for purchases from Microsoft Store, but can’t be refunded.

However, at the time of this writing, the support page for adding Bitcoin to a Microsoft account is still up and unchanged.  If this is by design we can expect the ban to lift sooner rather than later.