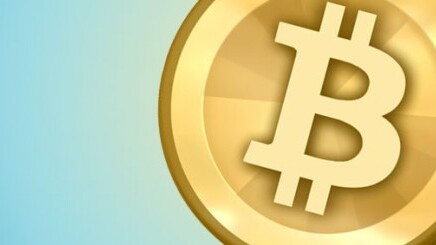 Originally touted as a currency impervious to government control, Bitcoin’s strength is also a colossal barrier to entry for many would-be investors. Layers upon layers of security combined with a multiple step process to even acquire a piece of the surging currency leaves many shaking their heads and giving up before finishing the process.

And for those who manage to wrangle the tech hurdles, the challenges don’t stop there.

Take Philip Neumeier. According to The Wall Street Journal, Neumeier bought 15 bitcoins for approximately $260 in 2013. His stake today is worth nearly $300,000 — a staggering 115,284 percent return on investment. And while Neumeier should be celebrating his victory on a new boat, or in a home that bitcoin BTC provided the down payment for, he’s instead looking to recover a forgotten password to claim what’s owed to him.

According to Chainanalysis, a company that tracks the movement of bitcoin into (and out of) wallets, worldwide estimates are that nearly a quarter (23 percent) of all coins in existence are forever lost in a sort of crypto purgatory. All told, an estimated three million coins (worth around 52 billion) are sitting in the deepest, darkest recesses of the blockchain with little hope for recovery.

Like Neumeier’s stake, these are coins that are effectively gone unless their owners manage to recover the password or private key. You can’t call the bank for a password reset in this brave new world.

To facilitate Bitcoin’s utopian vision of a world without central banks, it places the onus of protecting ones money with the person, not the establishment. If Coinbase were to go belly up tomorrow and zip off to New Zealand with hundreds of millions in customer cash, there’s little hope in recovering the value of the stolen tokens. It’s a crime, but unlike robbing a bank restitution is generally not on the table. There’s no FDIC for cryptocurrency.

For people who bought into the nascent technology with little idea their stake could one day be worth millions, this is a situation that’s all too common. Even with passwords successfully saved, failure to back up a private key (or bitcoins in cold storage) could put you in a precarious position as the price continues to climb.

James Howells first made headlines in 2013 after news emerged he had accidentally thrown away a computer hard drive containing 7,500 bitcoins ($131 million as of this writing). With no private key to access the currency, Howells now finds himself waiting on local regulators to grant him permission to search a landfill near his home in Newport, Wales.

When it comes to bitcoin loss, there’s little that can be done and few options worth discussing for protecting not only the consumer, but the future of the currency. With a limited supply already, bitcoin could be headed for a future where half, or more, of its assets are essentially dead, floating around in cyberspace with little hope for recovery.

And for those like Howells, that’s the sort of thing that’s bound to keep you up at night.