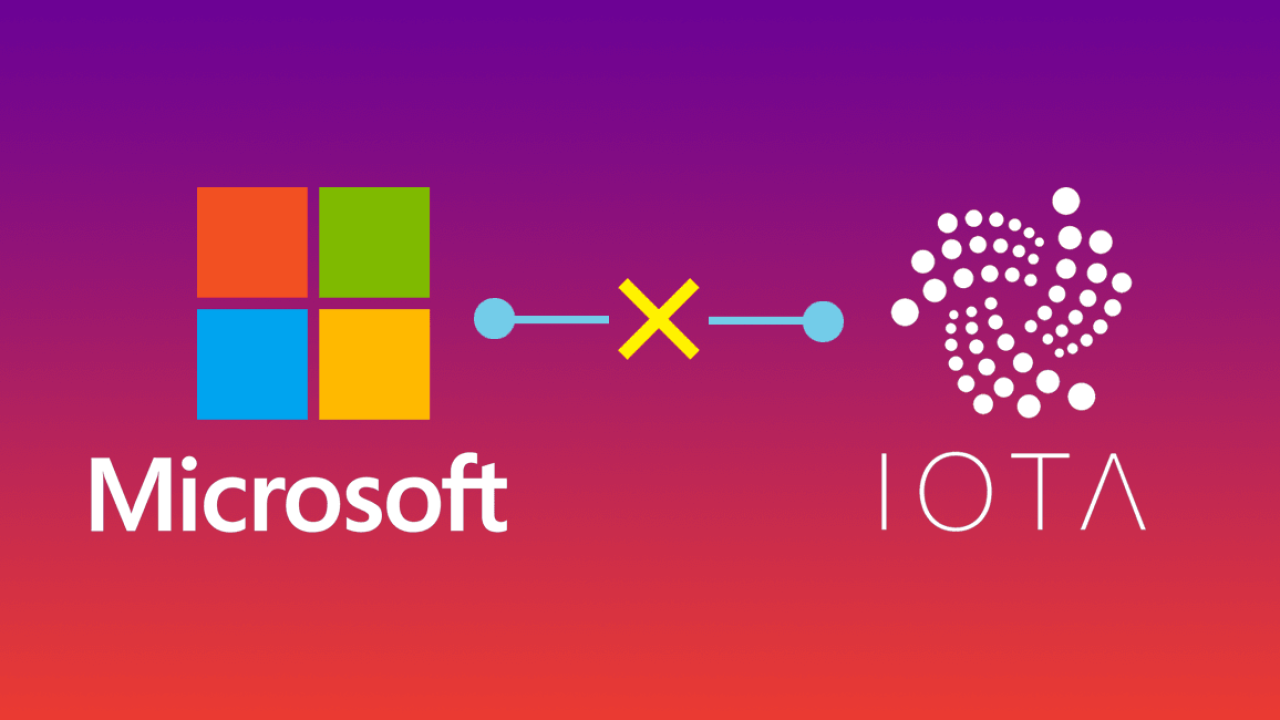 Following some speculation from the cryptocurrency community, IOTA has come out to clarify that it currently has no formal partnership with Microsoft, despite its announcement from earlier in November.

This means that the Redmond giant has not yet contributed any data to IOTA’s marketplace, nor does it have any sensors connected to its network. Asked about its involvement in IOTA’s data marketplace, a Microsoft spokesperson told TNW that “IOTA is a Microsoft Azure customer and plans to use Azure to test and deploy its Data​ ​Marketplace.”

Having said this, the two companies are indeed collaborating on a series of technology innovation exercises with IOTA’s Tangle network, albeit without any signed agreements.

“We have never mentioned that any of the companies which are participating in the marketplace are our ‘partners,'” co-founder Dominik Schiener told TNW over email. “We call them participants.”

For the record, following Microsoft’s “participation,” IOTA’s market share has more than quadrupled from $2.95 billion to over $13 billion, according to Coin Market Cap.

“We are in touch with multiple divisions at Microsoft (Chicago, Paris, Munich),” he continued.  “We are hosting two meetups today in Chicago and on Thursday in Paris which are hosted at the Microsoft offices.” The aim of this exercise, according to Schiener, is merely to showcase the potential of Tangle and its data marketplace as a proof of concept.

As part of this experiment, the meetups, which will take place at Microsoft’s offices, will focus on installing and connecting weather sensors to IOTA’s ledger technology. In this context, Microsoft’s so-called “participation” is more of a thought leadership exercise than an actual “partnership.”

“We had planned to meet up with [Microsoft blockchain specialist] Omkar Naik and his team this week to help them set up the sensor (like we’ve done with Bosch in Chicago).” the co-founder said.

Curiously, IOTA’s press release from a few weeks back suggested that Microsoft had already done that. Here is what it said:

Participants from all sectors and industries are represented, companies such as Deutsche Telekom, EWE, Microsoft, Bosch, TINE, PwC, Accenture, Fujitsu, Schneider Electric, Orange, DNV GL, and many more have deployed sensors that directly sell the data on the marketplace.

In addition to Microsoft, IOTA will conduct similar “thought leadership” experiments with several other companies. “We have already begun holding activities with several of the companies listed and will soon publish the first results,” Schiener commented.

“The launch of the data marketplace was just the beginning,” the IOTA co-founder added. “This project will continue for several weeks and is multi-staged.”

In all fairness, this revelation doesn’t necessarily discredit the legitimacy of IOTA’s technology – though it poses some questions as to why the startup made no efforts to clarify these details. In fact, a report by Reuters suggests the IOTA Foundation was actively asking publications to use Microsoft’s name following the data marketplace announcement.

Even leading blockchain solutions like Bitcoin and Ethereum are still considered to be in their early stages, despite the fact they have been around for several years now. Indeed, IOTA could one day join their ranks if its Tangle technology delivers on its promises.

From this point of view, it is hardly surprising Microsoft has refrained from taking a more active role in the data marketplace experiment. Though that could easily change in the future.

Still though, one can’t help but feel that IOTA could have communicated the precise details of this collaboration more clearly.

UPDATE: IOTA’s founders reached out after the publication of this story with the following statement: “We have never stated that there was any formal partnership with Microsoft, and instead always referred to them as a participant to the marketplace. The media has overblown the story into a “IOTA launches Data Marketplace with Microsoft”, which couldn’t be further from the truth, as we are working together with more than 30 of the largest companies in the world on the marketplace as a co-innovation exercise. When it comes to our communication and the involvement of Microsoft, we have asked for written and explicit approval of the press release, quote and logo beforehand and have stayed within the boundaries with what we were allowed to do.” TNW updated the title to better reflect the story.