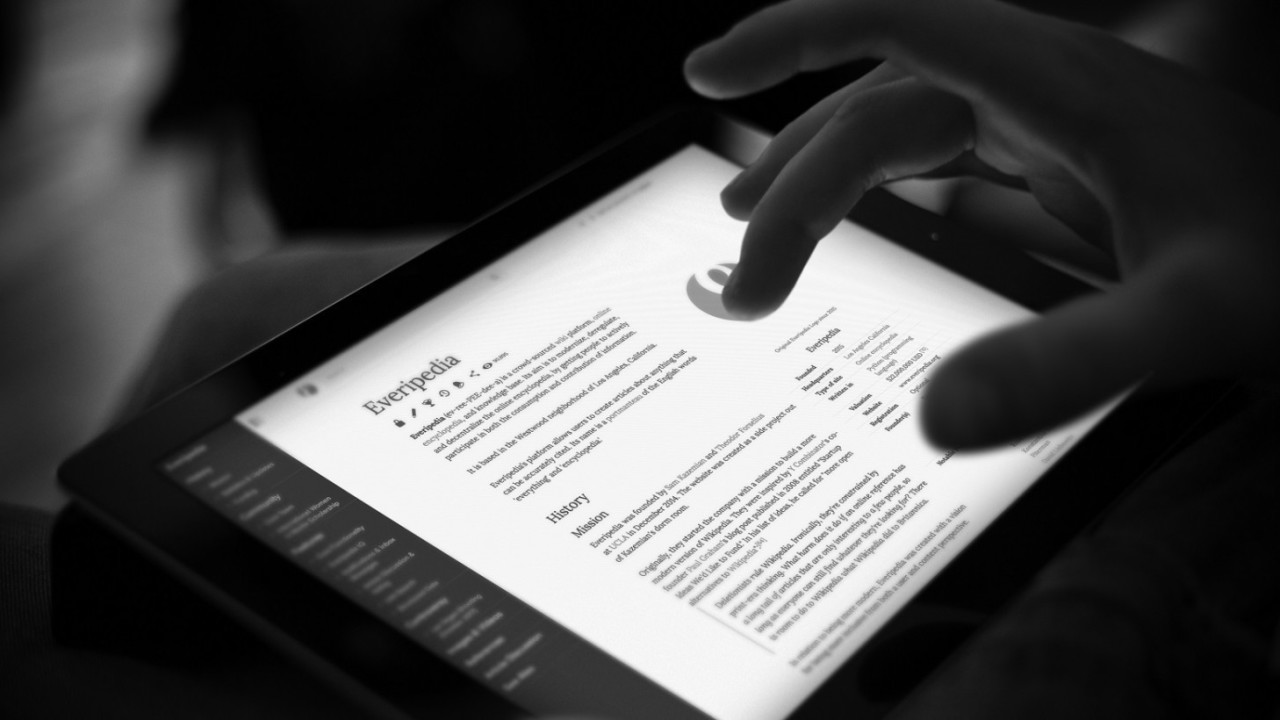 Everipedia today announced Wikipedia co-founder Dr. Larry Sanger would be joining the company as it prepares to bring its online encyclopedia to the blockchain.

Blockchain is best known as the technology that Bitcoin, Ethereum, and other cryptocurrencies run on, but its applications go far beyond simply making the Winklevoss twins rich. Bjork is using it to incentivize her album, others have used it to send Dennis Rodman around the world as an ambassador for peace.

By comparison, its much easier to wrap our heads around a decentralized encyclopedia. The world needs knowledge and right now centralized places of information, like Wikipedia and Everipedia, are subject to censorship in places like China and Russia.

We started out with the belief that we could build something bigger and better than Wikipedia, by decentralizing and tokenizing Everipedia we’ll be able to share knowledge beyond our already established user base.

With the influx of companies launching ICOs (seems like there’s one for everything), or otherwise using blockchain as a way to make money, it’s easy to shrug off the idea as another grab — but we’re not talking about a system where anyone is being promised riches.

The tokens for Everipedia will reflect its current merit system called “IQ” which rewards users with points for creating and updating articles. Using tokens provides a way to reward or incentivize engagers — and ensures that everyone who uses the platform is a ‘shareholder’ on it.

Those tokens, also named “IQ,” will be used to provide access, enact revisions, and power the system. For example, if a user doesn’t like an update they can spend tokens to challenge it. If the community agrees with the dissenter, the edits will be made and the challenger’s tokens will be returned.

Everipedia on the blockchain represents an interesting new twist in the Wiki-world. And encyclopedia hobbyists (of which there are actually millions) will have an all-new opportunity to connect with people in places where editing online articles isn’t really an option. Wikipedia, for example, is completely banned in Turkey.

According to Forselius, the blockchain represents an end to that kind of censorship:

Everipedia is the largest online english encyclopedia in the world, partially because it sourced all of the articles on Wikipedia (which sourced articles from Britannica, according to Dr. Sanger). Giving the world access to all of this knowledge could change things for researchers, academics, and interested citizens in countries that have banned and blocked information for political or religious reasons.

If knowledge is power, Everipedia is about to become ‘Wikipedia on steroids’ for billions of people. The token system it intends to unveil could provide incentive for millions of people to engage in a collective effort to go beyond the current broad strokes of Encyclopedia Brittanica and Wikipedia’s work.

Dr. Sanger believes blockchain is the best way to do this. He told TNW:

The only way a new project could go head to head with Wikipedia is if it engaged the whole world and was decentralized.There’s a possibility that there won’t just be five million articles, but rather 100 million … not just the kind that can be found on Wikipedia, but those in specialized encyclopedias traditionally only found in libraries.

With the new system, Everipedia is hoping that putting information in a peer-to-peer network, which eliminates hosting fees, will alleviate the need to support its content with ads or donations.