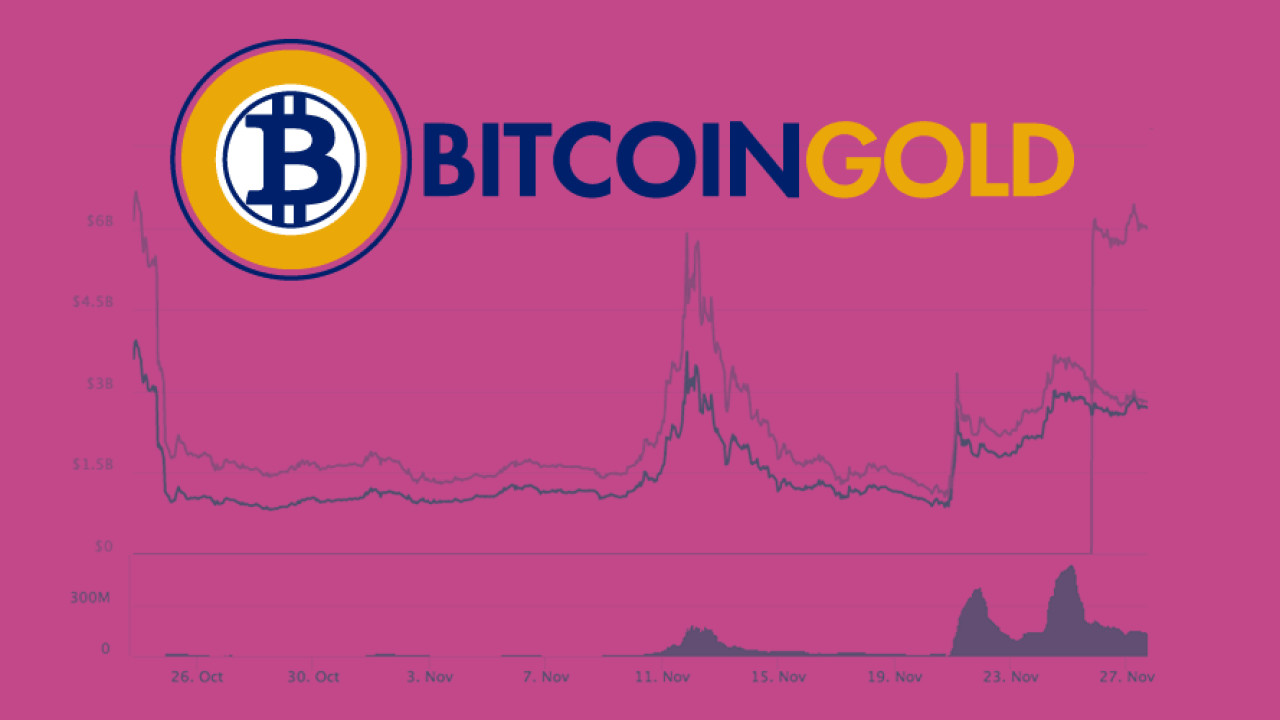 While the sudden surge in the price of Bitcoin BTC might have stolen the media spotlight over the past few days, a less popular spinoff from the core Bitcoin blockchain, known as Bitcoin Gold, has been on the receiving end of tons of criticism from both the press and crypto community  – and not without a reason.

Shortly after a data correction on November 25 made Bitcoin Gold the fifth biggest cryptocurrency by market share on Coin Market Cap, the company released a critical warning on its blog, revealing that its team discovered “two suspicious files of unknown origin” in its Windows Wallet installer.

“Please be aware that for approximately [four and a half] days, a link on our Download page and the file downloads on our Github release page have been serving two suspicious files of unknown origin,” the warning read. “[A]ll users should presume these files were created with malicious intent.”

“Any user who verified the SHA-256 checksum of the download against the checksum listed on our Download pages is already aware the file is not authentic and should not have used the file,” it continues. “The file does not trigger antivirus / anti-malware software, but do not presume the file is safe.”

Although the company has since updated its website and Github accounts with the correct installer, all users who downloaded the installer (between November 21, 2017, 09:39 UTC, and November 25, 2017, 22:30 UTC) are advised to get the new version and thoroughly examine their systems for malware and viruses.

“[A]ny cryptocurrencies with wallets accessible on that machine should be moved to new wallet addresses immediately,” the post warned.

What makes this blunder particularly embarrassing is that the news came only days after Bitcoin Gold had been involved in another wallet hack, which collectively cost users a whopping $3.3 million in stolen funds.

According to reports, the fraudulent ‘mybtgwallet’ app gained access to these funds by surreptitiously recording users’ private keys.

Still, despite all of this negative coverage, Bitcoin Gold has somehow managed not to lose much value; its price has decreased by less than seven percent over the course of the week, according to Coin Market Cap.

The cryptocurrency community, however, is not taking the news lightly. Redditors have voiced their frustration that the slew of issues associated with Bitcoin Gold – and other recent hard forks from the original Bitcoin blockchain – could potentially have an unfavorable impact on the entire cryptocurrency market.

For context, Bitcoin Gold is one of the three wayward forks to spur out of the core Bitcoin blockchain in the past few months – the other two are the Bitcoin Cash and the newly-born Bitcoin Diamond. The fork was designed to change Bitcoin’s consensus algorithm in order to allow users to mine the currency with graphic processing units (GPU) rather than ASICs.

It also promised to allow miners to choose their own size of blocks, with a default of 1MB (the same block size as the core blockchain).

But unlike Bitcoin Cash, which gradually managed to shake off some of the bad rep it received upon launch back in August, the approach of the team behind Gold comes across as much less involved with the project and – more disturbingly – its community.

1. I consider BCH a legitimate contender for the bitcoin name. I consider bitcoin’s *failure* to raise block sizes to keep fees reasonable to be a large (non-consensual) change to the “original plan”, morally tantamount to a hard fork.
2. Theymos’s censorship.

I do regret writing the tweet in that way. My goal was to express happiness that the portion of the bitcoin community that dislikes the mainline roadmap now has a clear alternative to crystallize around, and that it is doing so well.

While, contrary to Bitcoin Diamond whose team remains anonymous, Bitcoin Gold has revealed some of the names behind the initiative, the company has struggled to keep an appropriate level of transparency with the users.

The Gold team includes founder Jack Liao – who also runs Hong Kong-based mining firm Lightning ASIC – as well as several other strategists, consultants, and UX/UI designers, who were similarly listed by their names on the dedicated team page.

But here is the concerning part: nobody knows who the lead developer behind the project is. We know little about this mysterious individual, who goes by the equally enigmatic alias h4x3rotab, other than the fact that he’s based out of China – where Liao resides too.

Although Bitcoin Gold claimed its Github repository contained the full code while the project was still in its pre-mining phase, many have cast doubt over the authenticity of this claim. Crypto enthusiasts were quick to point out that, upon reviewing the code, exchange desk Bittrex deemed it sub-par due its failure to meet its “criteria for safety for our users.”

It further warned that Bitcoin Gold didn’t have “fully formed consensus code, implemented replay protection, adequate code for testing and auditing, publicly known code developers.” The company has since assured its working on improving the code on a few occasions, but its public Trello page appears idle.

It is ironic to argue for more transparency when speaking about a project that was started by someone whose identity still remains an enigma, but keeping the lead developer anonymous is not a move that gives confidence to users. Especially these days, when fraudulent ICOs and cryptocurrencies are running wild.

Just over the past two months, we’ve seen at least two projects – BitPetite and Confido – disappear out of thin air, along with its users’ money.

For the sake of clarity, the goal of this piece is not at all to undermine Bitcoin Gold and the people behind it.

The argument I’m trying to make is that, similarly to Bitcoin Cash, Gold still has to prove its legitimacy to the larger cryptocurrency community – and being more transparent about what goes on behind closed curtains is a good first step.

This will put more responsibility on these individuals and hopefully keep them sharper, so they can catch these vulnerabilities before malicious agents have had a chance to exploit them.

The truth is that – whether you like it or not – Bitcoin Gold currently sits on Coin Market Cap as the fifth biggest cryptocurrency by market share. And at a time when all eyes are on the cryptocurrency market, every time Bitcoin Gold suffers, the entire market suffers too.