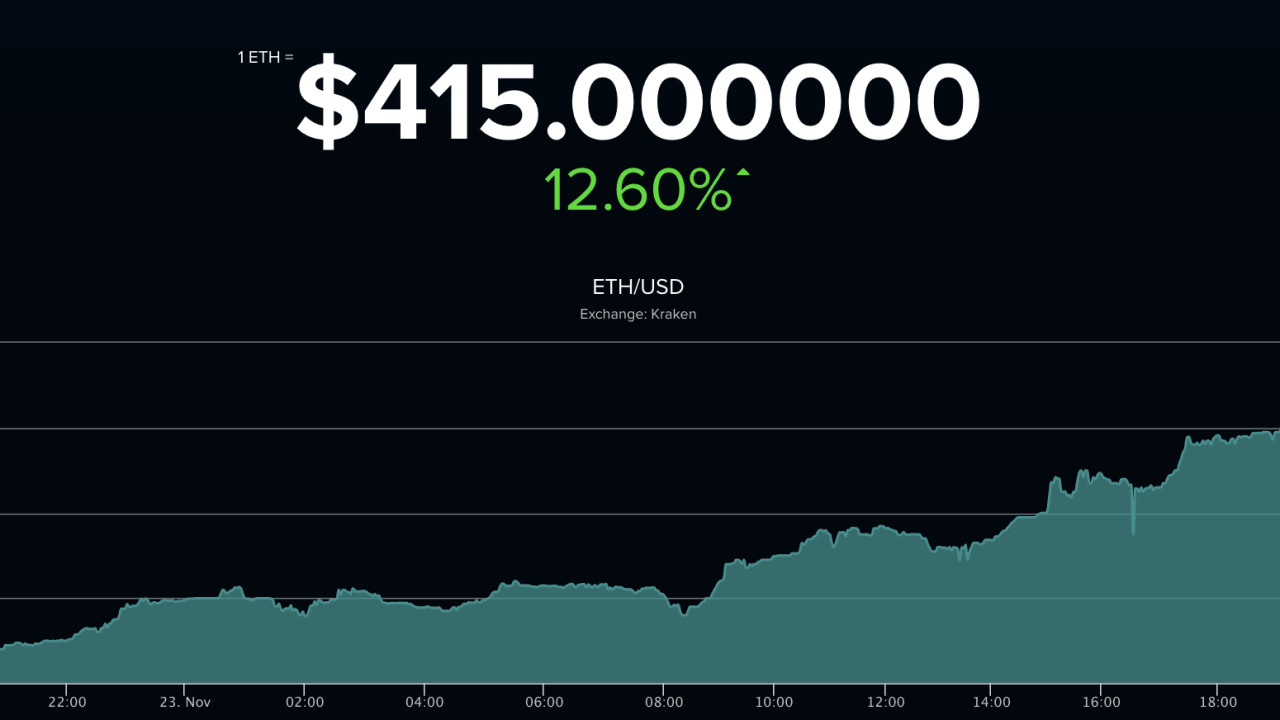 Bitcoin is not the only cryptocurrency experiencing a healthy increase in price these days: Ethereum ETH has suddenly surged past the $400 mark to hit an all-time high price value.

After months of fluctuating at around $320, the second biggest cryptocurrency by market share managed to surpass the $400 threshold to set a record high price of $414 (at the time of writing), according to data from EthereumPrice.

For context, this amounts to a little more than a 13-percent jump in price over the last 24 hours. Check out this graph for more details:

While the price of Bitcoin is about 20 times higher than Ether, one department where Ethereum still has a massive edge is in the efficiency of its blockchain. Ethereum currently processes about twice as many transactions as Bitcoin every day; and does so at significantly lower costs, between five and six times lower to be exact.

What is particularly interesting about Ethereum’s price hike is that it happens only two weeks after a critical vulnerability in the Parity wallet left hundreds of users without access to their Ether. According to estimates, the total amount of frozen funds is between $150 and $300 million worth of Ether.