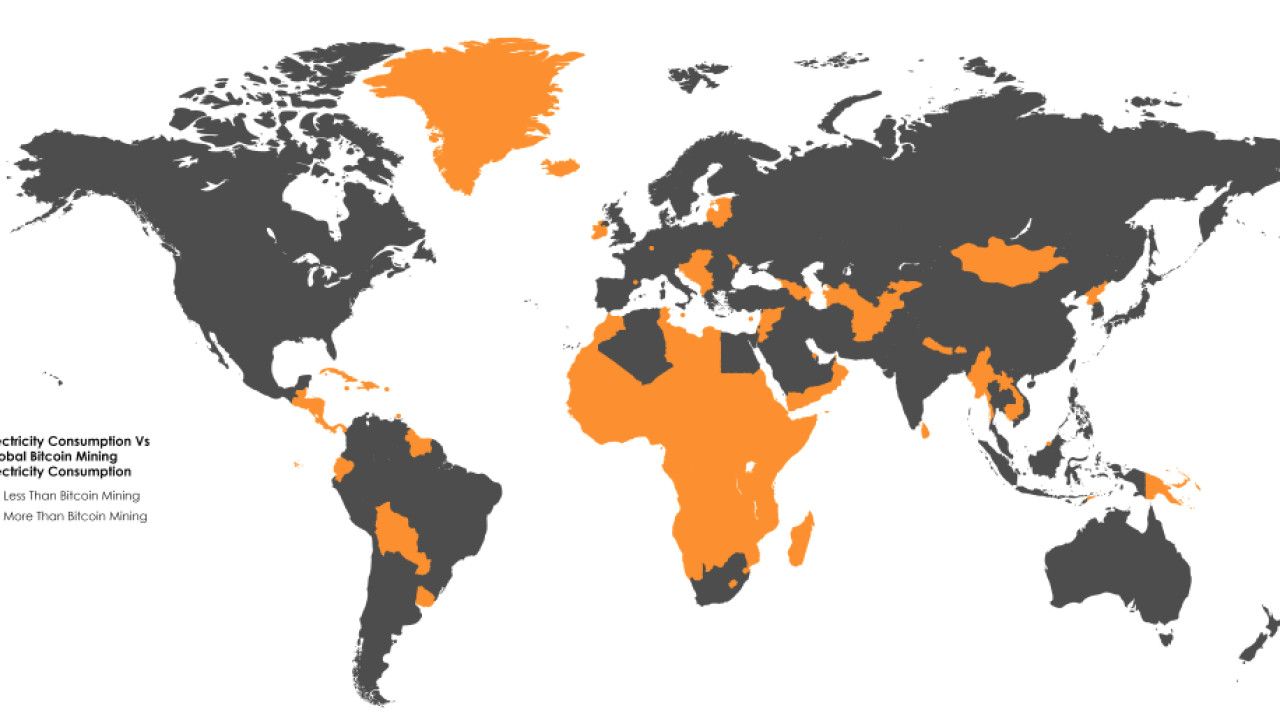 As Bitcoin BTC continues its stride towards mainstream adoption, it turns out that its surging price rates are not the only thing experiencing a sudden increase. New research indicates that the popular cryptocurrency now consumes more electricity than more than 20 countries in Europe.

Researchers from British energy price comparison platform Power Compare have discovered that the total volume of electricity required for mining Bitcoin – the computational process that keeps transactions on the blockchain moving – now amounts to more consumption than 159 individual countries.

Among others, the list includes Ireland, Croatia, Serbia, Slovakia and Iceland.

Interestingly, only three countries out of the entire continent of Africa currently consume more electricity than Bitcoin: South Africa, Egypt and Algeria.

As far as the rest of the world goes, Power Compare mentions Ecuador, Puerto Rico, North Korea and many more.

Check out this graphic for a more detailed breakdown:

This means that, if Bitcoin miners were to found their own autonomous state, it would rank 61st globally in terms of total electricity consumption. That ought to give you a better idea why Bitcoin’s mining community played such a crucial part in the dreadful Segwit2X discussions.

According to Power Compare, Bitcoin mining has seen a nearly 30 percent increase in consumption over the last 30 days alone.

Curiously, the research points out that, assuming Bitcoin’s electricity needs continue growing at this rate, the global mining consumption could be greater than the UK’s entire electricity supply by October next year.

In case you were wondering what all this electricity bills round up to, the researchers estimate the annual Bitcoin mining electricity costs currently stand at $1.5 billion. One thing to keep in mind is that the estimation assumes mining occurs in places with low electricity rates. So the number could be even higher in reality.