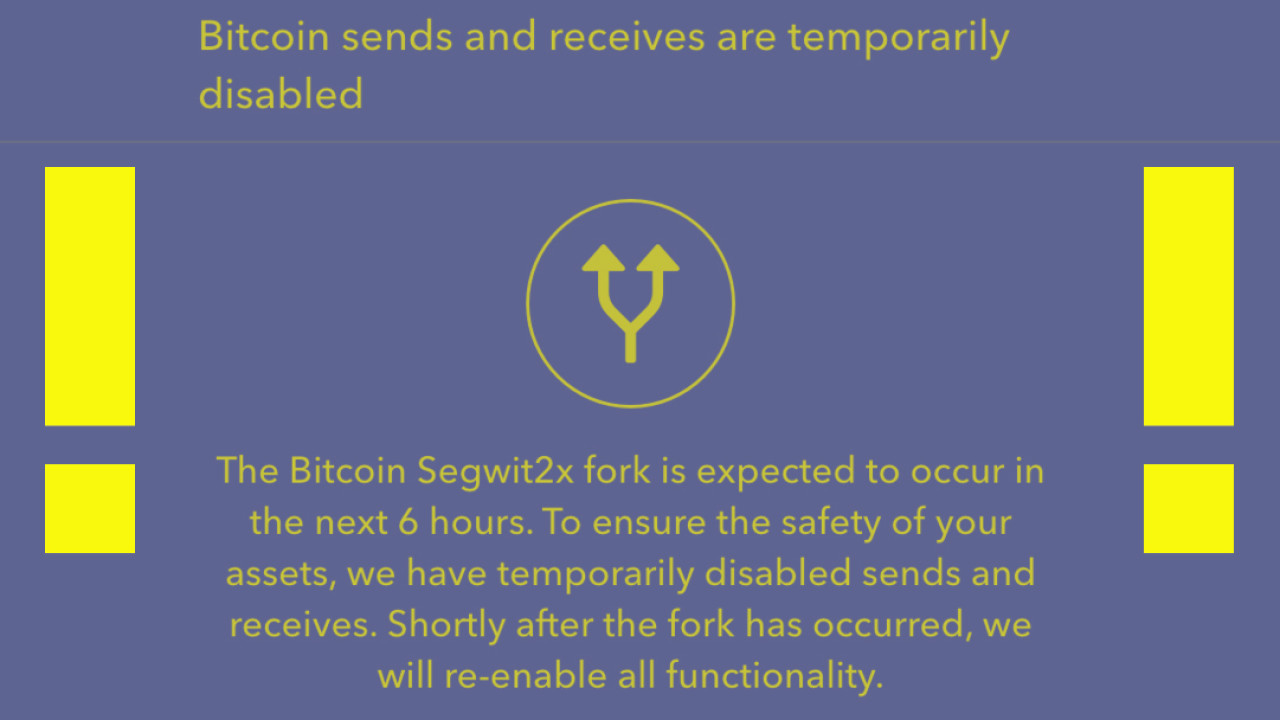 Following months of cagey quarrels within the Bitcoin BTC community over a controversial software update known as Segwit2X, the scheduled update was abruptly suspended last week, after a number of leading cryptocurrency entrepreneurs decided to withdraw their support for the initiative.

But despite this development, a small portion of wayward miners vowed to go ahead with the cancelled hard fork regardless – and this is finally happening today.

This is also the reason why a number of cryptocurrency exchange desks, including GDAX and CoinBase, have temporarily frozen Bitcoin transactions on their platforms; at least until, the hard fork has been completed.

The freeze is slated to continue for approximately six hours, according to statements from the exchange desks.

While Segwit2X promised to improve Bitcoin’s growing transaction issues by upping the blocksize from 1MB to 2MB, many saw the update as an immediate threat to the future of the popular cryptocurrency.

Despite strong support from the community, Segwit2X grew increasingly problematic, until eventually a Twitter poll revealed that 84 percent of voters were not convinced of the benefits of the planned software update.

Still, in spite of this development, a small fraction of crypto traders (who prematurely converted their Bitcoin to B2X futures) and miners remained determined to proceed with 2X.

CoinBase and GDAX have both stated that, should the 2X network prove to be usable and popular within the community, they “will not immediately enable buys and sells as previously stated,” but might do so “at a later date.”

For what is worth, both exchange desks noted they believe the most likely scenario is that “the Bitcoin2x network will be unusable.”

Meanwhile, the scheduled hard fork is expected to take place once the blockchain reaches block number 494,784. You can follow the blockchain in real-time here. At the time of writing, Segwit2X is less than 15 blocks away from becoming a reality.