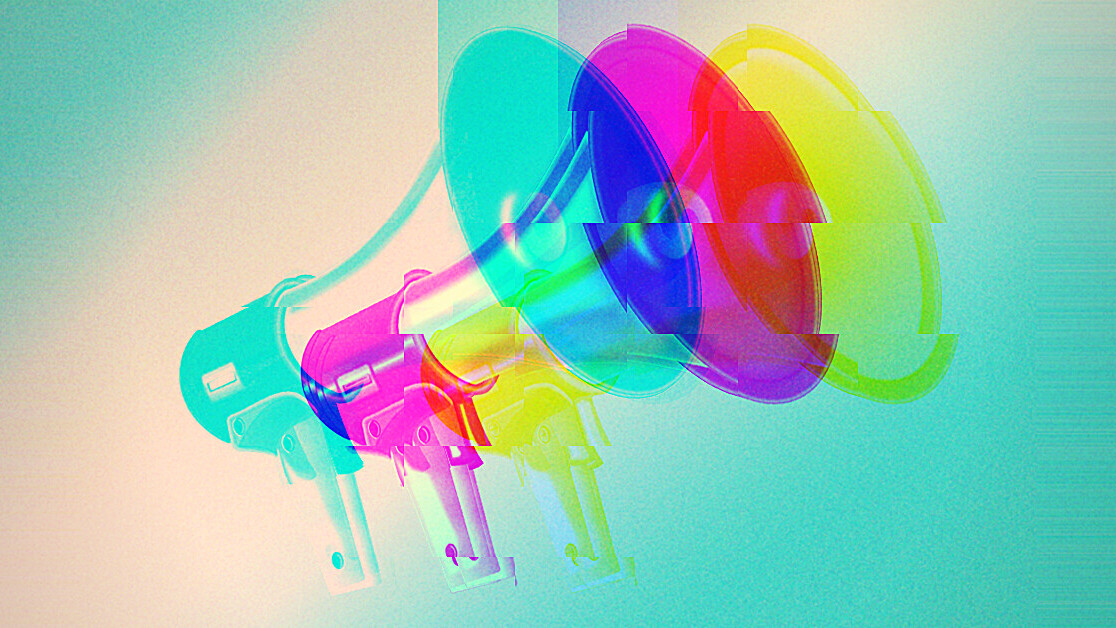 It’s no secret it is hard for a startup to get coverage in top tier tech media. However, PRs learned to be creative and come up with tools and techniques which make even their colleagues’ brows raise. The most wondrous pitches and moves get a moment of fame eventually. Usually, in a reporter’s Twitter post.

I’m collecting those funny stories to have something to smile upon on a rainy day… and to remind you of what to avoid when trying to score coverage as a founder or PR professional.

Make no mistake, I have done my part to contribute to the list below, but I’m sure we can all learn from others to avoid the similar pitfalls.

Someone literally sent me a press release about how a CEO they represent had tweeted something at Elon Musk. I checked and 1) Elon didn’t reply and 2) the tweet only got three favs

Jon Christian, a news editor at Futurism, was pitched a fact that a certain CEO had tweeted to Elon Musk. Clearly, the lack of first page-worthy news makes us think outside the box. There is a difference though between finding new angles or data and press releasing just for the sake of it.

Like, hey — many of us use Twitter as a corporate HR tool tweeting to a celeb and trying to make a conversation (or get the most faved tweet/ or a retweet by the celeb). The winner gets it all — an extra burrito, a SPA day, a Tesla car. In any case, this hardly qualifies as news, only a gimmick or a funny detail to add to a real story.

So, I was told by a PR from a major tech corporation to check other security journalists’ work when I asked for a statement. Is this a new thing?! #rant

Sophia Waterfield who writes for a bunch of outlets such as Newsweek, New Scientist, Forbes, and Metro UK, was (kindly?) asked to source a statement from other publications when requesting one for her own story.

What was that? Lack of time? No option to reach a speaker to get one? Or PR’s laziness to create even a generic one to have at hand? We will never know. And Sophia was too kind not to name the company.

What it clearly shows is a lack of respect and professionalism. No matter how tired or strained for resources you might be, don’t be like that — spend an hour to prepare a few quotes (let’s make it four) before pitching. This small courtesy will take you far in building good relationships with any reporter.

8. Being a real jerk

This is actually very similar to the response I feel I’m getting when I search for a film genre, so it’s very on-brand.

Oscar Williams-Grut, Senior City Corr at Yahoo Finance, did name the company (and Mike Bird’s reply was hilarious). I can’t tell he was wrong doing so, but the PR was totally wrong. Be nice to people.

James Cook, a Special Corr at the Telegraph, was offered a job! Or wait, was he? For me, this is a total misunderstanding of how the media works.

Young or unseasoned CEOs and founders think journalists are some kind of loungers. They arrive at 12pm with a croissant and coffee to their fancy macbook’ed workplace, lazily check emails depart at 12.15 to meet with PRs in a cafe, and only leave this leisurely task to hang out with other journalists in the early afternoon. To be fair, sometimes journalists think the same of the young and brand new CEOs.

In reality, media is a complicated structured business where people have real duties, deadlines and KPIs. As well as corporate managers, journalists must know a lot about things they write about, remember the names of relevant speakers, be present, alert, and sane.

In other words, no, a Special Correspondent can’t handle your PR and write about you in their newspaper. Journalists are busy doing their own work. Please hire someone with a title that contains PR. And thank James for not reporting this case as a bribe.

Please don’t send me a press release saying you are “helping U.K. startups during #COVID2019” by basically doing what your company did anyway.

Mike Butcher, as we all know, can hardly be fooled by some marketing bullshit. He gets the essence and says it pretty straightforward. If you are trying to meet your KPIs by issuing press releases a second after some news arise and just doing PR for the sake of PR) – you are wasting time.

Think about reporters who have real deadlines for covering something important and need “meat” for a story to make it be useful and interesting to read – help them!. This is harder than sending a blurb with a title including a trendy topic, but boosts your chances to get rewarded with a mention.

5. Copying others… and doing it too late

Are we agreed that “my client’s software will now be free for humanitarian causes in light on COVID-19” is a) wonderful but b) no longer something you need to send us a press release about?#journorequest pic.twitter.com/TGkT6zkkrs

Adrían Bridgwater, a tech reporter for Computer Weekly, Forbes and IDG Connect, is right saying that giving software for free tenth in line after others during a pandemic, or Black Friday, or whatever, is not good enough to get coverage. It is nice of you to give back something free of charge to a society, especially in challenging times or to underprivileged groups of people.

Nevertheless, reporters can’t write about each startup discounting prices or providing incentives to increase loyalty of their core customers. Put your resources into doing something more relevant, like producing easy recyclable face masks, or merging forces with other companies to create something the community needs.

Here is an idea — an easy to use app for elderly to request groceries and meds in isolation. Doing something real that actually helps people makes a really nice story with plenty of hooks to pitch.

Note to PRs, please, please don’t send press releases in PDFs. Nothing more annoying than realising at nearly 6pm that I have to write out that quote from your boss because it won’t let me cut and paste it. Arrgh!

PR is a very old institution (although journalism is as well). But that doesn’t change the fact that using some of its rules and traditions makes you look old and outdated in the eyes of journalists.

Sending press releases attached as PDFs, providing a text without any visuals, sharing a quote two days after the request — nothing can make it clearer that you’ve been around for a while in the business… without having learned to adjust.

Andrew Ellson, Consumer Affairs Correspondent at The Times doesn’t want to retype a whole paragraph from your press release due to poor file formatting — and he is in his right! The ways to annoy reporters do not stop with old school techniques.

Try uploading your press release to Google Docs with no access to a reporter, or attach a lot of hi-rez pictures to your email — if frustration is your goal, you got it. Otherwise, stick to the etiquette and make all your pitch assets easy to read, copy, and download.

3. Being way too pushy

I’ve had a follow-up from a PR two hours after original email has been sent, three times today (From different agencies). What on earth is going on? pic.twitter.com/1uRXlv30Ki

Speaking about etiquette — you work with journalists, you do not own them. They don’t have to either run your story, or even reply to you.

Sooraj Shah, a contributor at Forbes, found himself under a heavyweight PR attack, which is, unfortunately, not something rare in our industry. Sometimes being pesky helps, especially if you have a really urgent story to run or trying to negotiate exclusive coverage.

A reporter might miss your pitch in the email — some receive over 300 press releases a day. However, the more often you do so, the more likely you’ll receive a nasty reply or even banned.

I’ve found there are a few easy steps to avoid this: when negotiating an exclusive story, discuss it over the phone first and set a deadline to respond to an offer.

In all other cases, track if your email was opened (there are plenty of services for that, like Superhuman or Polymail) and only follow up once from the same email as the initial message was sent. Save yourself some time and embarrassment

A PR just emailed to offer me an exclusive and to say I was on the top of their list. But to make it even better, they revealed the next two journalists in order to be pitched should I decline.

Exclusives and embargoes are two strong tools all PRs use to secure coverage from top tier media when the story is strong enough — like a new big funding round. The difference is that in case of exclusive, the story goes only to one reporter, and the rest have to re-publish them.

In case of embargo, many outlets are provided with detailed information ahead of the official release on a condition the stories will be published after a certain time. Both are strong incentives for journalists to cover the story — exclusives bring the media the first positions in Google News and lots of links and traffic, while embargoes allow some extra time to prepare.

However, both can go very wrong for PRs if overused or used for manipulation.

Steve O’Hear, a journalist at Techcrunch, was informed that if he passes on the news, the company will pitch others, and they even named the next two in line! Fair enough, if one media passes on the story, no one stops you from pitching another one. Trust me, an experienced reporter gets it without saying it in his face, threatening, or blackmailing them.

In my experience, here’s the best way to approach this: pick your top three media to offer an exclusive story and prioritize them. Approach your contact at the first one a few days ahead, explain the benefits of the story for their media without giving away the key details and give them a day or two to decide, clearly setting a deadline.

If they don’t respond in time, send a follow up to double check — without mentioning your further plans. If they still don’t answer, just go ahead and pitch the next in line — again, without mentioning competitors. If discussed in a good time and with respect, this approach will safeguard you from disappointment from all sides.

1. Not doing your homework

A PR person has emailed me to offer me an interview with my own Mum and I am quite literally crying with laughter pic.twitter.com/VzUBmww4Xp

The last, but not the least… or maybe it is? A journalist from MIT Technology Review was offered an interview with… her mom! This is sweet but an awkward situation meaning PR didn’t do their homework.

It can be hard when strapped for time, but make an effort to know your client’s story and more importantly — history.

Does your client know any reporters personally? Have any of them been pitched on behalf of your client before? Are they related in any way? There is so much to find out before you start, but the more you do, the fewer chances you have to end up on a list like this one. Good luck! 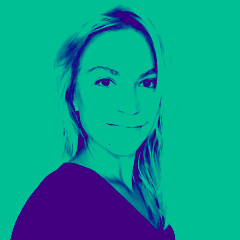