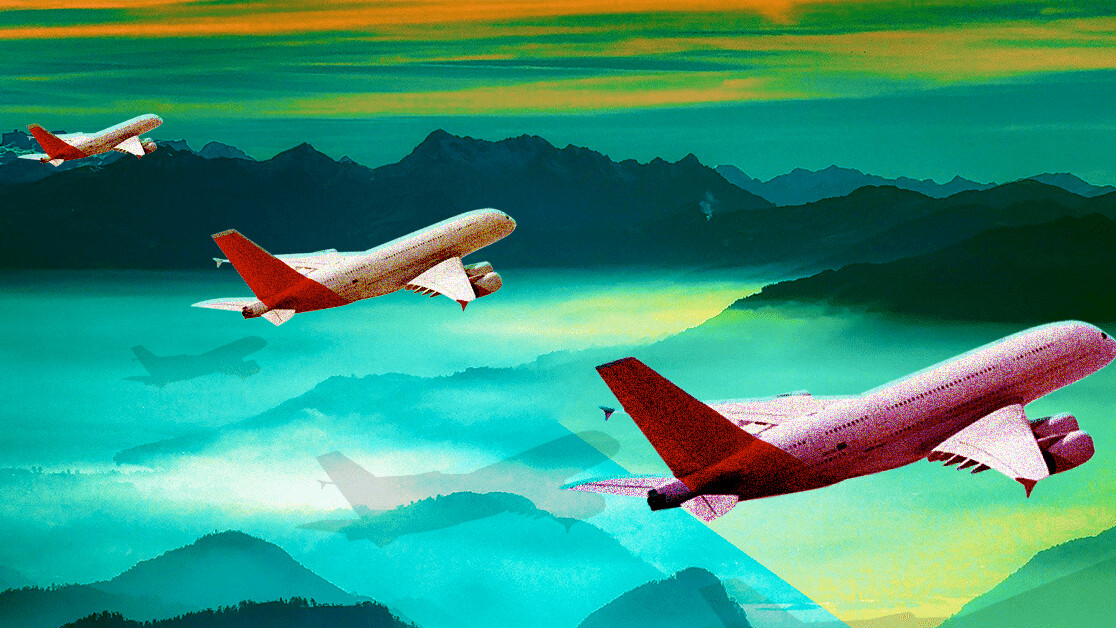 The coronavirus pandemic has so far had devastating consequences across the travel industry.

Airlines have flown empty planes to try and keep their usual slots despite flight prices dropping below unimaginable levels — tickets from New York to Miami were on offer for just $51 several weeks ago.

The situation is such that comparisons to the 9/11 terrorist attacks — which brought the travel industry to its knees — don’t seem overtly far-fetched.

The International Air Transport Association (IATA) trade body estimates that worldwide revenue could fall by between $63 billion and $113 billion, or as much as 20% this year. To put this into perspective, after 9/11, airline revenues fell by 7%, or $23 billion.

Coronavirus‘ impact on international air travel is undeniable and so is the knock on effect on hotels, car rental, and hospitality services — and let’s face it, even if financial help does come in the form of government bailouts, it’s already too late for some.

So where does this leave travel tech startups and the wider industry as a whole? We spoke to two very different companies — one an established player and the other an up-and-coming business — to find out.

Founded in 2003, Skyscanner, which allows users to book flights, hotels, and cars, has become synonymous with travel, particularly among millennials.

Based in Scotland, Skyscanner was eventually sold to Ctrip — one of the largest online travel agencies in China — in 2016. Before then, the business, co-founded by IT professionals Gareth Williams, Barry Smith, and Bonamy Grimes had raised $197.2 million in external capital, reaching tech unicorn status in January 2016.

Its business model has traditionally been ‘meta-search,’ aggregating prices for flights and taking commission on bookings.

But as the company evolved into a travel marketplace, the business model and associated revenue streams grew to include commission from completed bookings of flights, hotels, or car hire (including affiliates), display advertising in the marketplace, and proprietary travel APIs.

The business‘ success is undeniable, but so too are the effects of coronavirus as people refrain from spending on travel.

“We’re in the middle of a planet-defining and life-altering moment which will undoubtedly change the world of travel, but it’s too early to say exactly how,” Lord says.

No one yet knows how long lockdowns will last and how long people will be unable to travel for. For example, in the Chinese city of Wuhan — where the virus is first thought to have originated — pre-approved people are being allowed to move for the first time this week since January 23.

However, there are still restrictions in place as officials fear a second wave of infections — that’s why Lord and her team are constantly reevaluating their approach and trying to glimpse how the pandemic will change the industry in the long-term.

“Some of the questions we are asking ourselves right now are: When it is safe to do so, how do we encourage people to travel again? Will alternative or lesser known destinations become more popular as travel bans to traditional summer or winter destinations possibly remain in force? Will we see a marked rise in sustainable or more conscious travel?”

To try and work around this, Skyscanner has put systems in place to provide customers with more transparency when it comes to existing bookings but also future travel plans so that they are able to make informed decisions if and when the time comes. They’ve created “live” COVID-19 banners and advice pages in all markets where the company operates.

But Skyscanner is not the only company in the space that’s had to adapt at speed.

Dubbed the ‘Netflix of travel,’ BeRightBack is a travel subscription service that allows customers to split the cost of their travel into instalments.

The premise is simple: Users pay a monthly subscription, decide which European cities they want to avoid, and in exchange BeRightBack sends them to a surprise destination (this is revealed a month before travel) three times a year.

The cost of holiday, which is ATOL protected, covers flights, and two nights accommodation in a hotel.

Founded in 2018, BeRightBack is backed by investors including Ascension Ventures and Founders Factory (a startup incubator and accelerator co-founded by Brent Hoberman, who set up travel behemoth Lastminute.com with Martha Lane Fox during the dot-com boom).

Gregory Geny, BeRightBack’s co-founder and CEO, tells Growth Quarters that the impact of the coronavirus pandemic has been threefold: reduced purchase intent in travel, customer uncertainty, and trip cancellations due to travel restrictions. Although this, he says, is likely to improve in the long-term:

“The positive news is that people are still getting in touch and telling us they intend to subscribe once the crisis is over as they’re desperate to travel and want a service that offers real protection.”

“There’s also been a slight increase in the number of customers pausing their membership although a large majority hope to resume it as soon as things go back to normal,” he adds.

As a result of the pandemic, BeRightBack has had to shift its focus completely. As with many other companies across the globe, the startup asked its employees to work from home in March.

It also created a COVID-19 Response Unit to get a better understanding of the situation and ensure the safety of their customers and suppliers.

“The team monitors the situation daily, keeps a close eye on travel restrictions imposed by governments and checks the recommendations from the WHO and the FCO,” Geny adds, noting they also made the decision to cancel all March and April trips “as it didn’t feel right getting people to travel given the rapid propagation of the virus.”

Geny says non-critical spending has been reduced. “We stopped marketing and advertising where we could as it doesn’t seem to make sense nor is it currently responsible to promote upcoming travel.”

Both Lord and Geny believe that coronavirus will change the world of travel and how customers and suppliers behave and interact.

“There is going to be a lot of uncertainty and I would not be surprised if certain regions of Europe suffered from a lack of confidence over the next 12 moths, especially northern Italy and Spain, which have been hit quite severely,” Geny says.

Geny thinks the question over package protection will linger when even after normality eventually resumes:

“It may mean a resurgence of more traditional package holidays, even for short city breaks.”

There’s also the question of long-term economic damage and how this will impact individuals and their spending power. “People in general will feel the strain as the situation continues and this may be the limiting factor when next booking travel.”

[Read: How a nearly fatal accident changed the way I do business]

On the supplier side, there’s a real risk of more airlines collapsing, depending on how long the crisis lasts, and the financial support governments may be able to provide. If this were to happen, we could see a reduction in the number of available fights and routes but Lord remains optimistic.

“More broadly, we know that a lot will change, and no one is really sure how […] No matter how much changes, the yearn to travel and the need for flexible choices won’t change, and that’s where we will come in,” she says.

“We believe that travel will thrive in the world post-COVID-19. Sharing experiences with the people you care about most is one of life’s greatest gifts and we know that future travel has been a key topic of conversation between friends, family, and colleagues in lockdown and isolation around the world,” Lord adds.

For now, coronavirus is holding the world of travel to ransom and although the industry is already displaying clear signs of change, the true extent of this remains to be seen.

As ever, the impact is likely to be more acute for smaller travel businesses, especially independent hotels across Europe which have been closed for some time. In some cases, the loss of income will prove fatal and lead to a contraction in the total number of beds available.

Travel tech companies are probably best placed to ride this change but I fear their survival will hinge on how far along they are in their growth journey, the health of their accounts, and the support provided by governments. For others, now is probably the right time to get creative.