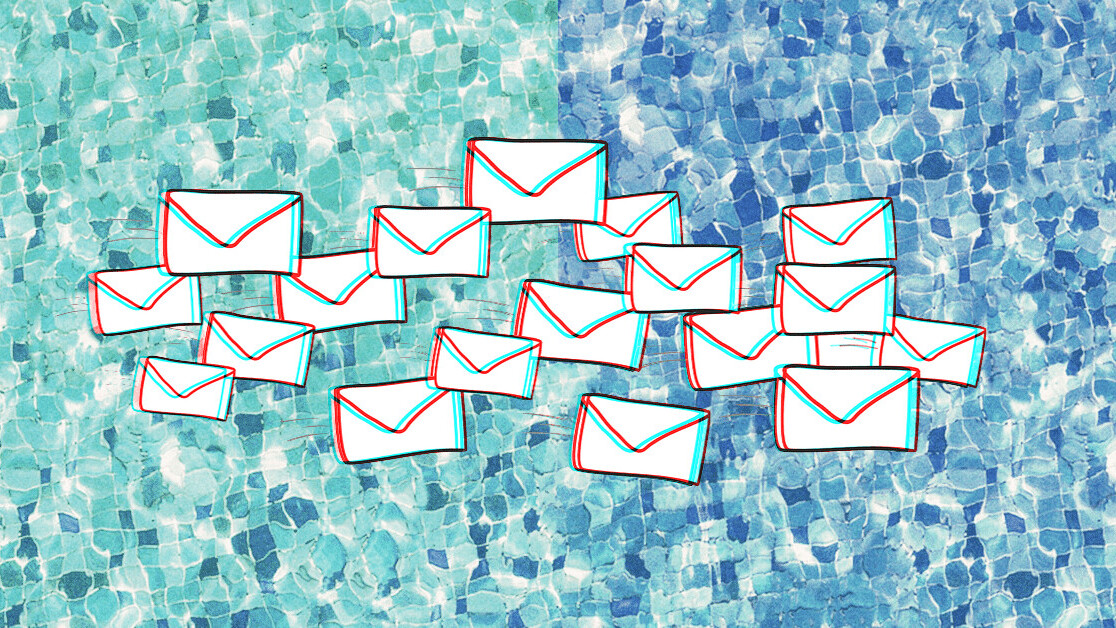 The PR industry conducts regular surveys to learn what reporters actually want, and how the media landscape is changing. Having worked in PR for some years now, I noticed there were several missing elements. For instance, I wanted to know if reporters care about receiving pitches at all.

Do they want press releases or embargoes? How can I, as well as other PRs and startup representatives, actually be useful for reporters?

My team and I launched a survey to find out the answers, and it seems “proof” is the most important factor reporters pay attention to, and “lack of credibility” is the primary reason a pitch is turned down. So if you’re a fellow PR person, or perhaps a founder looking to create some buzz around your startup, then I suggest you pay close attention to what we found. I’ll share the entire survey and the results with you, along with personal notes and pleas from journalists!

Let’s get into it

If there was a formula for a perfect pitch to reporters that guarantees 100% coverage for your startup, how much would you be willing to pay for it? A grand? Ten Gs? How much is a lifetime success worth? Well, what I can tell you is, it costs nothing and everything at the same time.

The good news is, it doesn’t cost money. But the bad news — well, maybe not that bad — is that it costs you time, and time is the measurement for counting your lifespan. Life offers you two types of teachers: Friends, who teach you the soft way, and foes, who do it the hard way.

During three years of working as a PR manager I’ve learned a lot from both: Friendly journos who were kind enough to show me the way and angry ones who punished me and hammered the consequences of bad acting in my head…

This is why I wanted to pay them back. I’ve been reading some great work from pioneers like Ed Zitron or Ayelet Noff. They’re definitely my PR role models, and although they differ in style, I have always learned from them (and from my own blunders of course). But the greatest lessons were those I learned from the reporters themselves. So, if you want to skip the rocky path, then here might be something for you.

[Read: Selling products online? Then get ready for the EU’s SCA on December 31]

Helping tech startups and PRs to craft a successful pitch

Even though reporters and editors are bombarded with hundreds of irrelevant pitches on a daily basis, some are kind enough to reply and tell you how to do it right. This is why I did a survey from around a thousand reporters to ask how they would like to be pitched and what they would like or hate to receive. Here’s the outcome.

Those willing to take part in the survey were from the following categories:

Of course, there are some general characteristics for every industry but I doubt that people’s taste for spam or valuable content would differ that much across different categories. The reason why I reached out to tech reporters is mostly because of my own network and obviously I’m tech PR.

I asked if they find PR pitches useful and the outcome was truly unexpected:

So there is a chance!

How helpful or unhelpful are PRs actually?

Once asked how the pitch sender can be helpful, they answered as follows:

If you’re curious what the 11.8% “others” want to see, it was a call for doing due diligence, building relationships, having a good understanding of the reporter’s beat and at last, pointing one of the journalists to new research papers. Exceptionally, there were people asking to get in touch with podcast guests and a few reporters asked for all the options at the same time. This told me how truly useful we can be.

The remaining 2.9% were asking for images and any other visual material that could help the reporter to have a better understanding of the topic or event and also to enrich the story. But as the numbers speak for themselves, authenticity and credibility is a priority for most journalists.

When asked the question from the negative side, the fail rate of most of the pitches revealed many things. The irrelevancy of the pitches definitely demonstrates the pain point and explains why we see too many often that journos use #prfail on PRs. One of them, who was actually a decent friend and kind enough to share more on the last option said:

I never respond to people who cold email me, unless they a. are pitching something highly relevant and b. are willing to name their source… I appreciate it when people put in some time and energy to research who they want to reach, rather than carpet bombing everyone their Gorkana spits out.

The next question was my main concern: As the effort was highly focused on how to make the pitch more concise, I didn’t tend to commit the first lines to prove the reporter that I did my homework. Instead, I wanted to use the opportunity to include as much vital information as possible. At the first glance, the results didn’t help a lot:

But it actually DID help. This only highlighted the importance of a previous built relationship that tells you which reporter does want to be reminded of their work and the relevancy to the current story. Bottom line: There’s no shortcut or anything that can excuse an automated and mega spamming pitch method.

That’s why it’s probably good to have a think about whether the information you’re giving the reporter is unique.

How much creativity is involved in a successful pitch?

The next question was a personal pain. I had learned a lot from Mike Butcher and his epic piece about how to pitch a reporter. One of the things was that a personal angle to the story is very tempting for the journalist as many journos like to begin their stories with a Joe/Jane who has the problem XYZ which was solved with app ABC.

But would this work for any journalist? I wanted to find out.

I know what you’re thinking. It’s almost a tie. Almost half of them like to get the personal angle and half of them don’t. So, how’s that going to work out? Here too, I learned that you got to learn about each reporter before you reach out to them. If you don’t know them personally, at least their previous work should tell you how much a personal story is important to them.

Sorry I didn’t give you an excuse for mass pitching, guess you got to do your homework.

How journalists go the extra mile for you

By doing this, I emailed almost every journalist and editor who I had been in touch with. As per the suggestion of another reporter, I reached out to those who didn’t know me. Although, it was quite ironic to cold-email people about the subject, I could at least hide behind the fact that a reporter encouraged me to do it this way. Also, I was trying to do a survey about irrelevant pitches and my email wasn’t a pitch.

You might ask yourself though, didn’t I just end up getting answers from the people I knew already? Actually, I received 50% of the responses from journalists who didn’t know me at all. Some even emailed me and confirmed having filled in the survey, which I’m very grateful for. Others were even so kind to write lengthy and genuine explanations about their own experiences with bad pitches:

For me, though, the main thing is just relevancy of the pitch – and that’s a standard that is moving and difficult to define. A good story one day may not have the same currency the next. Apart from that I prefer just quick, to the point emails that I can respond to quickly if needed.

… I may not know the company they are pitching me. I may not trust the PR person who is contacting me. I may simply have other things I want to focus on. They may be pitching me some startup I have never heard of, and for all I know, the people running are con artists or something to that effect. Past that, some PR reps are either very annoying or seem like they have no clue as to what they are doing. I could tell you some stories some time.

What I am getting at is that anything that gets into my Forbes column should be there of their own merit. As a result, people should not 1) try to pay me to write about their clients or 2) request that I write about their clients (as if my job is to hand out favors). Past that, I really do feel like many people (including some PR reps) have no clue how Journalism works. I have actually started developing some speeches on the matter :)

I filled it out. The biggest challenge is just the signal to noise ratio – I get dozens of pitches a day, of which approximately 5% are vetted, fits my writing type, timed well, not obnoxious, etc.

But it did take its toll too…

How PR reps can help startups and PRs

There is one solid conclusion out of the survey:

P.S. The very fact that I dared to publish this 1600+ words thing on TNW was that I had built the relationship with their staff during the last three years and I’ve always admired CEO Boris’ sense of humor. I really tried to write everything in TNW style. So, I thought this might be a good thing to mention for those of you thinking whether I didn’t have to pitch this article as well.

Like what you’ve read? On Growth Quarters, we strive to go beyond generic ‘fortune cookie advice’ and learn directly from the people who have walked the walk. And this summer, at TNW Conference 2020 in Amsterdam, we’ll take Growth Quarters offline again with a vibrant program dedicated exclusively to sustainable business growth. Listen to keynotes from leaders from the world’s most successful companies and get actionable guidance to help you grow professionally. Get early bird tickets now and learn more about the Growth Quarters track. 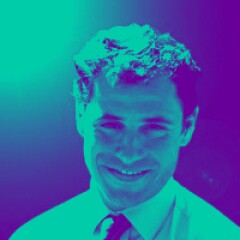 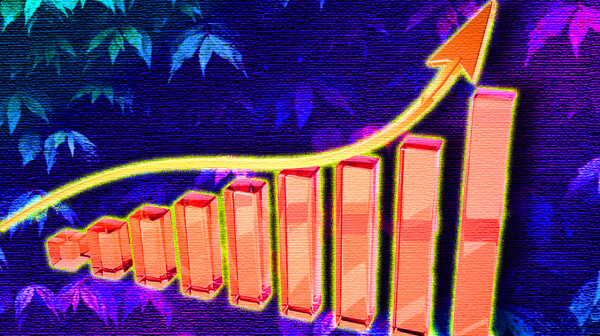