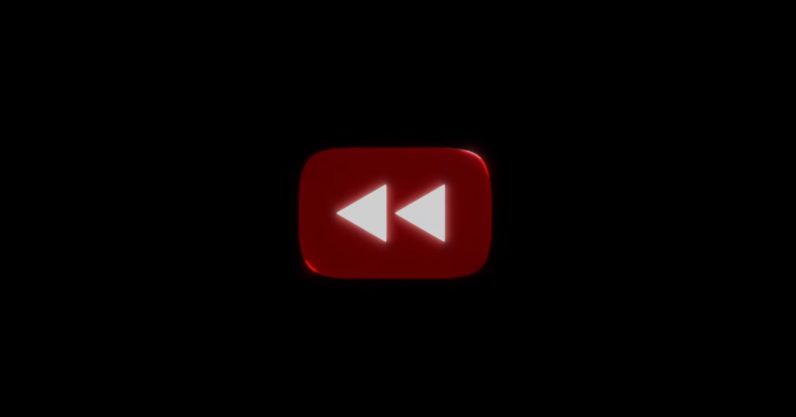 YouTube today released Rewind 2019, its year-end video summing up the biggest things that happened on the site this year. And it’s… kind of sad, honestly. The number of dislikes is rocketing up – the dislike ratio is rapidly approaching last year’s, and it’s been less than 6 hours – while the comments are unerringly critical. It feels as though YouTube is playing it way too safe after the disaster that was Rewind 2018 — almost to the point of pettishness.

Compared with Rewinds of years past, this one — titled “For the Record” — is almost depressingly sedate. It’s basically a listicle in which YouTube rattles off the most-viewed or most-liked videos of the year and other statistics. There isn’t even any narration. Compare it to the original Rewind from 2011, which at least had Rebecca Black throwing in some color commentary. Rewind 2019 is just a few brief, epileptic clips from each of the videos spliced together with some music.

There’s a reason for this. You may remember Rewind 2018 was more than a little controversial. Even the content creators who were in the video didn’t seem that keen on it, and the community resoundingly rejected it. It’s currently the most-disliked YouTube video of all time, and you can find any number of reaction videos ripping it to shreds.

There were a multitude of complaints. The biggest ones were that many of the creators were not actually that popular, many controversial stars were shafted because of said controversies (it’s why we haven’t seen Pewdiepie in one of these in a couple of years), and that it tried to court popular opinion by including people who weren’t YouTubers, such as Ninja and Will Smith. Most reactions came down to a single word: “Cringe.” Even YouTube CEO Susan Wojcicki said her children used that word to describe it to her.

So, knowing that, it’s probably not a surprise that Rewind 2019 comes across like a gigantic pout from YouTube. It even opens with the words: “In 2018, we made something you didn’t like. So in 2019, let’s see what you DID like. Because you’re better at this than we are.”

I know sometimes tone gets skewed in plain text — it’s hard to put sincerity in white text on a black background. But come on, how can you interpret that as anything other than salty AF? And that is probably why the YouTube community isn’t reacting to this one much better than it did to the last one. While the like-to-dislike ratio isn’t quite as disproportionate as it was before, but it’s still pretty clear the majority of viewers aren’t digging YouTube’s vibe with this video.

There’s something to be said for YouTube Rewind as a celebration of the communities and trends that make it so diverse and watchable, which many felt 2018 failed to do. I’m on board with Marques Brownlee’s explanation that Google was using Rewind 2018 as a tool to attract advertisers, and his assessment that it’s a degradation that started many Rewinds ago.

If you want to see how all of the trends shake out, check out the Rewind site.

Read next: OnePlus built a piano out of 17 phones because why not