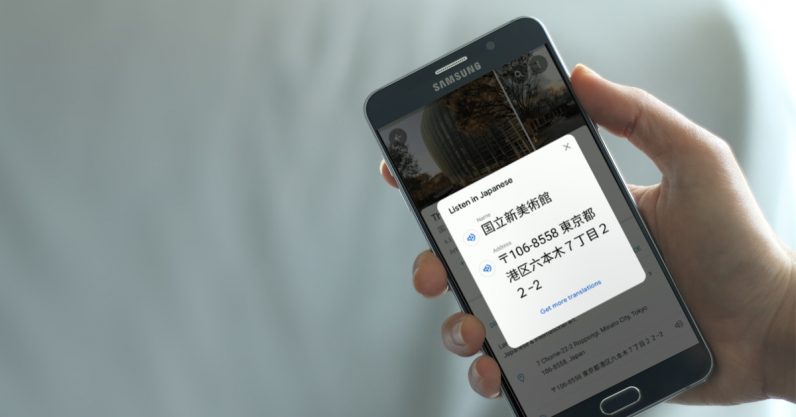 Google Maps has been my hero and savior many times I traveled abroad – or even in India where I don’t speak the local language.

It’s not always perfect, however. While the app might help me get near the place, I often have a hard time locating it, and I end up roaming around like a headless chicken.

Thankfully, Google is rolling out a new feature for the app that speaks the name and address of the place in the local language. To trigger this, open the information card of the place, and tap on the speaker icon as shown below.

This is quite handy when you want to ask a passerby about a place or tell a taxi driver where you want to go.

The feature will roll out this month to both iOS and Android users, with support for over 50 languages.

Read next: CHEAP: Wanna vlog and take pics? Then grab Lumix GH5 at 30% off