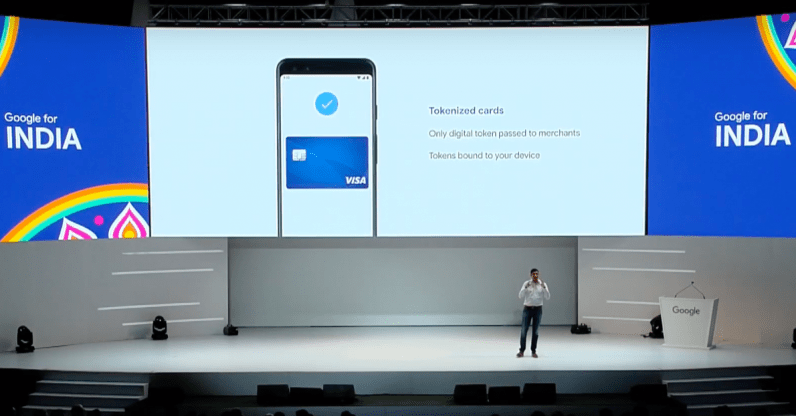 Along with Google‘s announcement of an AI research center, its local language translation with Google Lens, and a phone number for Google Assistant, today the search giant announced Tokenized payment cards in the Google Pay app in India.

With this feature, you’ll be able to load your card in the Google Pay app and pay for stuff online and offline (via NFC on Android). With this, you won’t need to provide your actual debit card number or a physical card. The company claims this method is more secure than using your card.

Over the next few weeks, the tokenized card will be available to users holding a Visa card issued by HDFC, Axis, Kotak, and Standard Chartered bank. Google said it’s also working with MasterCard, RuPay, and other banks to bring all cards to the fore.

It’s not clear if you’ll be able to pay with tokenized card outside India through NFC terminals. We’ve asked Google for clarification, and we’ll update the story if we hear back.