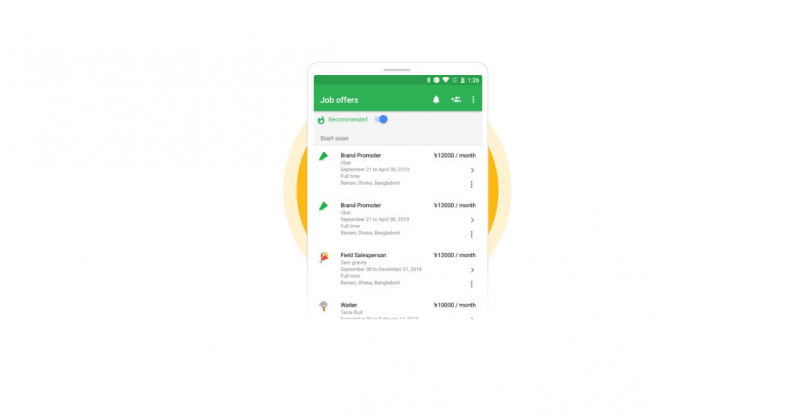 Google is looking to bring its Kormo app to India to capture the job market scene in the country.

According to the Economic Times, the internet giant has been conducting multiple pilots with special focus on “how entry level hirings were made in various sectors.” The app will be officially available in India on Friday, the report adds.

“Since we launched Kormo in Bangladesh in 2018 and in Indonesia this year, we’ve connected over 50,000 job seekers to jobs from hundreds of employers who use Kormo for their hiring needs, specifically entry level jobs,” said Bickey Russell, project lead of Google’s Next Billion Users initiative, told TNW.

“Because finding employment is a real need across different markets, we’re looking to bring the same service to countries like India,” Russell added.

The Android-only app, developed by Google’s Area 120 — the company’s playground for experimental projects, was originally launched in Bangladesh last September, and has since expanded to Indonesia earlier this March.

Kormo, which means “work” in Bengali, makes it easy to connect employers and job seekers, letting them quickly create digital CVs and access free training content in the form of videos, articles and courses to improve skill sets tailored to their individual interests.

By expanding to India, Google hopes to tap into a large swathe of mobile-first users who are familiar and comfortable with using smartphones to search and apply for jobs. India’s unemployment rate stands at 7.7 percent, based on data compiled by the Centre for Monitoring Indian Economy.

Kormo is not the only jobs-related tool the company has at its disposal. There’s Google’s jobs search, which surfaces relevant job listings directly in search results. However, the application has also invited antitrust scrutiny in the EU for allegedly using its dominance to attract users to its search offering at no extra cost.

There’s also Hire, an applicant tracking system for HR departments to keep track of and communicate with candidates. But Google last month said it intends to shut it down in a year from now to focus on other products in the Google Cloud portfolio.

Kormo is also likely to face competition from local players like Quikr’s BabaJob and OLX’s Aasaanjobs, both of which have gained traction to search for entry-level blue-collar jobs.

Read next: Motorola’s doing smart TVs now – starting in India with 6 models from $196