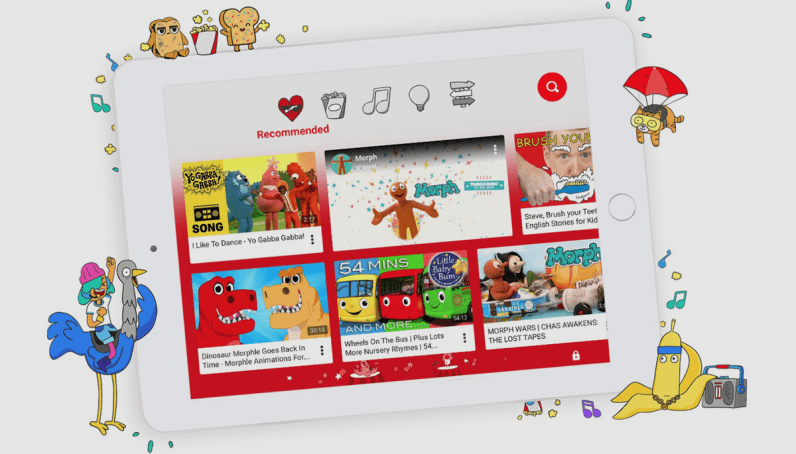 YouTube just revealed it’s added new age categories to its YouTube Kids app, offering different videos depending on whether the child is preschool or preteen. In theory, anyway — I’m not sure I trust YouTube Kids, of all apps, to be able to make that kind of subtle differentiation.

The new age categories, outlined in the Google Support post where YouTube stealthily revealed the update, will refine those introduced last year, which separated kids into basically “Older than 8” and “Younger than 8.” Now you can select content for “Preschool” (4 years and younger), “Younger” (5-7), and “Older” (8-12). I assume at age 13 you’re expected to graduate to “real” YouTube and all the chaos therein.

According to the Support page, these content categories will be prioritize different things for different ages. “Preschool” kids get videos promoting “creativity, playfulness, learning, & exploration,” while “Younger” kids are allowed to “explore their interests and search for a wide variety of topics, including songs, cartoons, crafts, & more.”

Meanwhile, “Older” kids get “additional music videos, gaming, family vlogs, science, and more” — basically, they’ll be plugged into all of YouTube‘s bread-and-butter verticals. The only thing that’s missing is #cleaningmotivation, and for all I know that’ll fit into “family vlogs.”

Mature and non-kid-friendly videos have been sneaking onto YouTube Kids since its launch. I’m not just talking a few bad words here and there — I mean videos encouraging everything from suicide to school shootings to human trafficking, and that’s just what I could pick up from my colleague Bryan Clark’s article on the subject before I had to look away in disgust.

That’s concerning not just because, you know, that shit isn’t okay, but because that’s a failure on the macro form of sterilization, the blunt-instrument form of censoring. I’m not sure if I can now trust YouTube Kids to be able to determine that a video’s good for a 12-year-old but not a 4-year-old.

But, if you want to test them out for yourself, the new age categories are now available on the app. YouTube also revealed it’s launching Kids on the web later this week.

Read next: Review: The $1,299 RadRunner is part cargo e-bike, part moped, and all fun