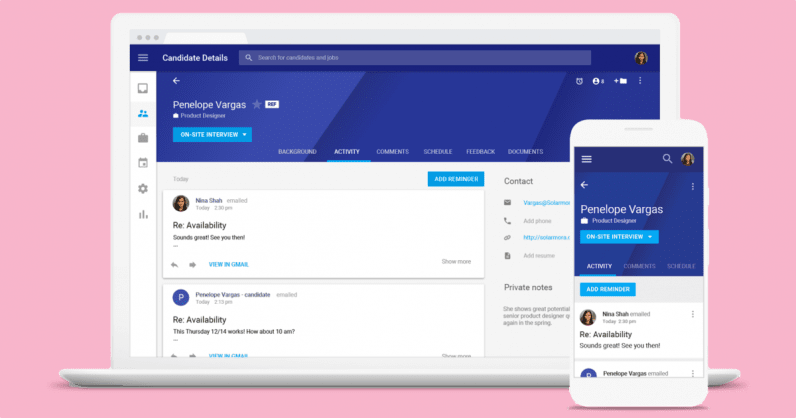 Another Google service bites the dust, and this time it’s Google Hire. The company said it’ll shut down the job tracking system by next year.

Hire helped HR departments keep track of and communicate with candidates. This tool was a product in development at Bebop, a startup Google acquired for $380 million in 2015. Its founder and CEO, Diane Greene, helped Google build this product. She later joined the Alphabet board in early this year, and left the seat in June.

The company said in an email to customers that it’ll focus its resources in other products in the Google Cloud portfolio:

While Hire has been successful, we’re focusing our resources on other products in the Google Cloud portfolio. We are deeply grateful to our customers, as well as the champions and advocates who have joined and supported us along the way.

As TechCrunch noted Google won’t take any charges for Google Hire’s services after the next billing cycle for the existant customers. Guess it’s time to update the Google Cemetary.

Read next: Satoshi Nakaboto: ‘Craig Wright might have to dump $2B worth of Bitcoin to pay taxes’