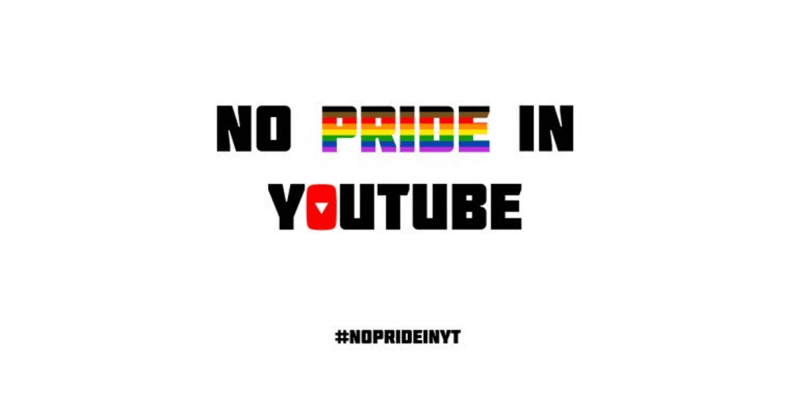 Facing immense pressure, YouTube has said it will reexamine its harassment policies and update them.

The company said it will do so in “consultation with experts, creators, journalists and those who have, themselves, been victims of harassment.”

The Google-owned social video platform came under fresh criticism for not doing enough to curb harassment and abusive language, and failing to protect LGBTQ users in its community.

Last week, a Vox journalist named Carlos Maza shared a viral Twitter thread about how he had been at the receiving end of harassment and homophobic slurs at the hands of Stephen Crowder, a popular right-wing YouTube commentator with almost 4 million subscribers and approximately 27 million monthly views.

Across several videos, which collectively have millions of views, Crowder has made several derogatory remarks about Maza’s sexuality and ethnicity, including calling him a “lispy queer,” a “token Vox gay atheist sprite,” and a “gay Latino from Vox,” among other epithets.

YouTube initially responded that Crowder’s language did not violate its Community Guidelines, although it acknowldged it was “clearly hurtful.”

Later, the social platform tried to unsuccessfully curb the backlash by removing ads from Crowder’s videos — a process known as demonetization.

In the case of Crowder’s channel, a thorough review over the weekend found that individually, the flagged videos did not violate our Community Guidelines. However, in the subsequent days, we saw the widespread harm to the YouTube community resulting from the ongoing pattern of egregious behavior, took a deeper look, and made the decision to suspend monetization.

But evidently, it wasn’t enough. Google employees took to Twitter to criticize the company’s actions using the hashtag #NoPrideInYT, saying YouTube is capitalizing on Pride as a marketing campaign, and that “it’s clear they have no issue making policy decisions that harm LGBTQ people.”

Despite YouTube capitalizing on Pride as a marketing campaign, it’s clear they have no issue making policy decisions that harm LGBTQ people like @gaywonk. We have #NoPrideInYT pic.twitter.com/onD1cARt98

YouTube’s confused response to the debacle has clearly not found favors with anyone, which is most likely why it’s reconsidering its response.

“We are determined to evolve our policies, and continue to hold our creators and ourselves to a higher standard,” YouTube said in its statement.

The company’s decision to take a second look at its policies comes just after rolling out new measures to tackle hate speech on the platform. It said it will ban videos that promote the superiority of any group as a justification for discrimination against others based on their “age, gender, race, caste, religion, sexual orientation, or veteran status.”

It also said it would expand efforts announced in January to reduce the spread of what it calls “borderline content and harmful misinformation,” alongside including “more videos from authoritative sources (like top news channels) in the ‘watch next’ panel.”

YouTube’s track record with queer creators hasn’t been great. In 2017, the site apologized for erroneously restricting videos that contain LGBTQ content after public backlash. Then last year, some LBGTQ creators called out YouTube for adding homophobic ads to their content, resulting in the company posting another “sorry” note —

But we’ve also had issues where we let the LGBTQ community down–inappropriate ads and concerns about how we’re enforcing our monetization policy. We’re sorry and we want to do better. 2/4

The video platform has been stuck in a cycle of missteps, and apologizing for those missteps, and its latest attempt to clear the confusion surrounding its anti-harassment policy comes across as a meaningless gesture. It seems the company is still clueless about what it takes to protect its creators who’ve made YouTube what it is today.

YouTube’s concerns surrounding regulating “valuable speech” are valid. At the end of the day, it’s still a platform for billions of people to tell their stories, and participate in conversations that drive change in a meaningful way.

But by turning a blind eye to hateful and abusive content on its platform, and allowing powerful bullies to hide behind the ambiguity of “free speech” — it’s only setting a bad precedent by prioritizing monetary profits at the expense of creators’ safety.

Read next: New details about Facebook’s cryptocurrency make it sound even worse