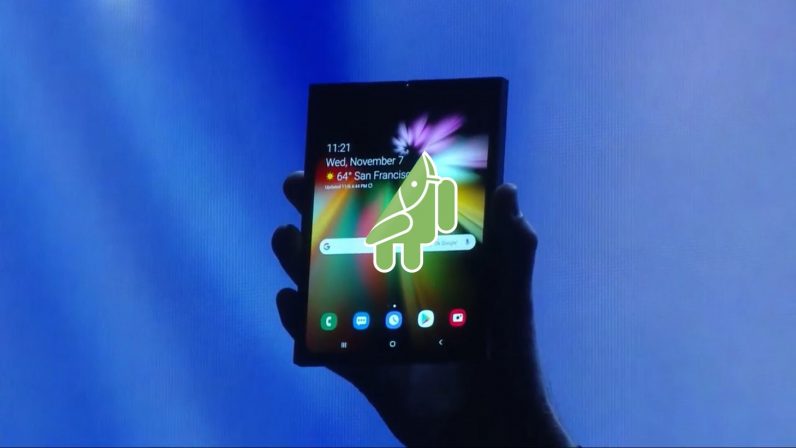 Last night, Samsung gave us a glimpse of its eagerly awaited foldable phone, at its annual developer conference. At the same time, Google announced that Android will officially support the foldable form factor.

In a blog post, the company classified foldable phones in two categories: one-screen devices and two-screen devices. The first ‘foldable’ has only one screen which can bend. While the latter has one phone-sized screen and another bendable screen on the inside, as shown on the left in the below graphic. Samsung’s phone falls into the second category.

Android will provide a feature called screen continuity, which will help in providing a seamless app experience when one shifts from the phone-sized folded screen to the unfolded screen. For example, if one starts watching a video on a folded screen and later unfoldes the phone, there is no glitch in the experience.

Google declared that it will reveal more details about the API in a special session at its Android Developer Summit, later this week. It also noted that other manufacturers apart from Samsung will expectedly release foldable phones next year.

Traditionally, Android hasn’t been friendly with transitioning screens. Often, when you set your phone down on a table the orientation changes in a wayward manner. And as ArsTechnica’s Ron Amadeo opined, often apps lose data when shifting from portrait to landscape mode, or vice versa.

Android's support for transitioning screen states is *really* janky and works totally differently on an app-by-app basis. Some will even delete your data.

Despite native support from Android, manufacturers and app makers will have to work hard to ensure the first wave of foldable phones is not just gimmicky experience for users.