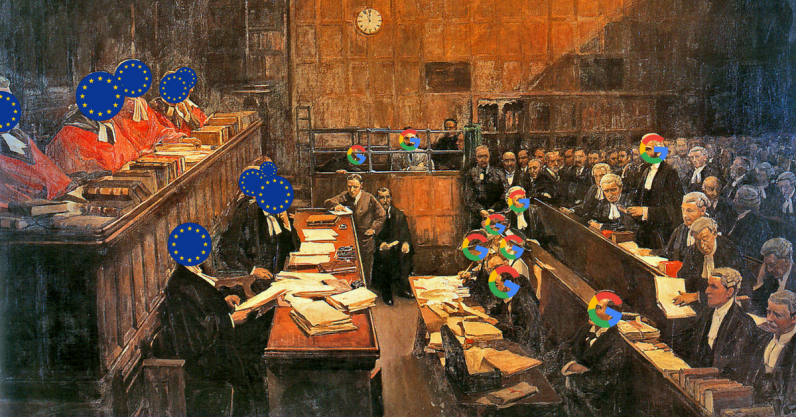 It’s been confirmed: the EU has fined Google a record €4.34 billion ($5 billion). This is in response to the technology giant’s mobile operating software, Android, breaking European antitrust laws.

Announced at 1pm in Brussels by the EU’s Competition Commissioner Margrethe Vestager, she declared that Google must “put an effective end to this conduct in 90 days” or face penalties.

Vestager stated in the press conference that “Google has used Android as a vehicle to cement its dominance as a search engine,” something that has denied European consumers choice and businesses the ability to innovate.

The three illegal restrictions Vestager mentioned in her tweet are below:

has required manufacturers to pre-install the Google Search app and browser app (Chrome), as a condition for licensing Google’s app store (the Play Store);

made payments to certain large manufacturers and mobile network operators on condition that they exclusively pre-installed the Google Search app on their devices;

and has prevented manufacturers wishing to pre-install Google apps from selling even a single smart mobile device running on alternative versions of Android that were not approved by Google (so-called “Android forks”).

Vestager went onto say that the EU welcomes successful companies, but “with market dominance, comes responsibility.” She said that EU antitrust laws put a “special responsibility” on dominant businesses, meaning they cannot deny other companies the chance “to compete with them on merit.”

In other words, dominance is fine, but monopolies “harm consumers.”

Vestager has charged Google in the past. Last year, she announced a €2.4 billion ($2.79 billion) fine after the company was found to be abusing its position as the leading search engine. It did this by prioritizing its own shopping results over those of competitors.

Since then, Google has been fighting the case and it’s currently stuck in court.

Google will have 90 days change its illegal practices, but it seems unlikely that the tech giant will comply so soon, so don’t hold your breath.

Is it just about the money?

Hardly. While the amount Google has been fined is massive, the technology giant will be more concerned with the changes it’ll have to make to Android.

Currently, Google’s other services are so intertwined in the mobile operating system that other providers of similar services have no hope of gaining a foothold. This ruling will aim make Android a true open source piece of software and may loosen the company’s grip on much of our data.

We’ll update this story as more details surface, but for more details, you can read the official release from the EU about this news here.

Read next: These three apps will automate and revolutionize your marketing campaign for just $40