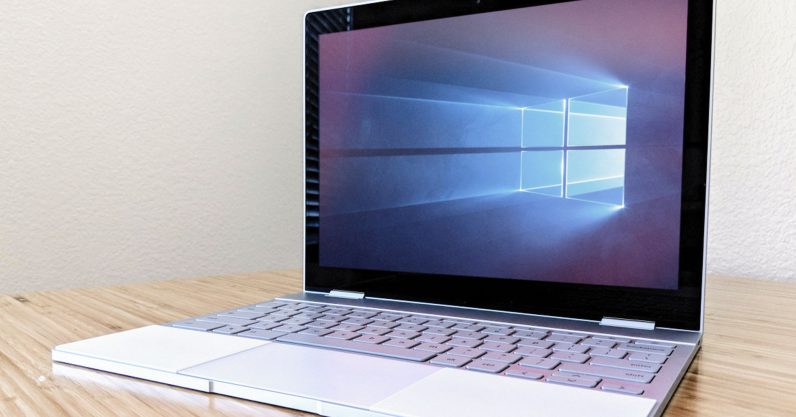 A few months ago, we reported that Google might be working on a way to dual boot operating systems on its Pixelbook, thanks to mysterious references to ‘Alt OS’ in a firmware development branch.

Now there’s even more evidence pointing towards the ability to run Windows somewhere down the line.

Why it matters: The biggest complain levied at Chromebooks is how they can’t run ‘real’ apps, like a full version of Photoshop. And even though they’ve gotten a huge boost by being able to download Android apps since late 2016, these apps are rarely as powerful as Windows counterparts.

Mac users used to have a similar problem, often needing Windows apps to get their work done. Then Apple released Boot Camp, giving every mac user a way to access Windows if need be. The ability to dual-boot into Microsoft’s OS would essentially give a Chromebook all the flexibility of your average Windows laptop – though you’d still have to buy a Windows license.

It’s also worth noting that many budget Chromebooks have very minimal specs – far lower than the average Windows laptop. This would probably be best left to the more expensive Chromebooks like the Pixelbook

What’s next: Given all the recurring mentions of Alt OS and Windows, it seems it’s only a matter of time until Chromebooks, or at least Pixelbooks, are able to run windows. How far that is, however, in anyone’s guess.

For all we know, it may never see the light of day, but a man can hope.

Google Pixelbook may receive Windows 10 certification from Microsoft on XDA

Read next: Crack this 200-year-old cipher and claim your $60M reward