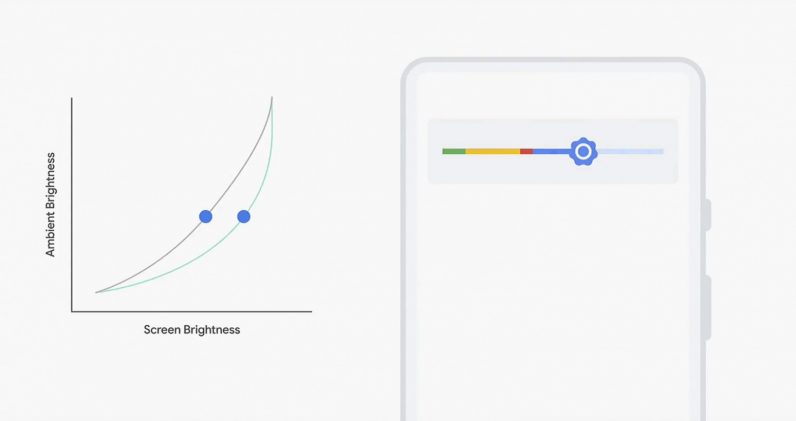 Automatic brightness is useful, but it also kind of sucks. Some people, like me, prefer their screen at eye-searing brightness. Others like to keep it as dim as possible while still being legible. Still more prefer it somewhere in between.

All this means that you’re probably constantly fiddling with the brightness of your phone because it can never guess how you like your screen. With Android P, that vexation could be a thing of of the past. Google is introducing a new version of Adaptive Brightness that learns from your brightness habits.

Currently, most Android phones use a form of adaptive brightness that simply operates within a limited brightness range. When you move the slider, Google still adjusts brightness automatically, but theoretically keeps it within a comfortable range based on where you left the slider. This is better than the simpler automatic brightness, which adjusts light levels based on ambient settings with no user input.

The newfangled adaptive brightness will take note of how you tend to change your brightness levels throughout the day so that you don’t have to do so that often. Google says it’s been effective among test users: almost half of them make fewer manual adjustments throughout the day. That said, it’s not clear if that will also take account of how you change brightness in different apps. For example, I tend to keep my screen dimmer when using the Kindle app, for instance, but brighter when watching Netflix.

Regardless, it’s a change for the better. As someone who fiddles with brightness at least a dozen times a day, I still hold out hope that someday I won’t have to.

Read next: Windows 10 will let you Alt+Tab between browser tabs and apps