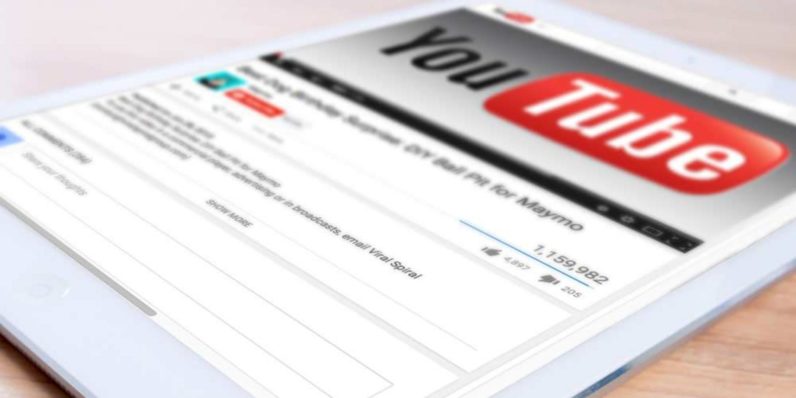 If you haven’t heard by now, another YouTuber is being criticized for exploiting human sadness for their own gain. On Sunday, Logan Paul uploaded a video showing him and his friends happening upon what appeared to be a suicide victim. The original video includes several shots of the body.

The video has been removed, Paul has apologized, and YouTube has responded by expressing sympathy for the lost soul — that appears to be that on the official side. But, as my colleague Mix pointed out, it’s not stemming the tide of criticism directed at either party.

Here’s my question: Why doesn’t YouTube take stronger measures against creators that abuse the platform? The company wants to be taken seriously against the likes of network television, but doesn’t want to be held accountable like one. On TV, this type of stunt could get someone fired. But YouTube barely gives its biggest creators a slap on the wrist when they majorly screw up.

I’m not suggesting YouTube ban him permanently, but don’t there need to be some consequences for violating YouTube’s self-professed rules against unseemly content? As per a statement given to Philip DeFranco, the site explicitly prohibits gory content delivered in a ‘shocking, sensational, or disrespectful’ manner:

I just received an official statement from a contact at @Youtube regarding the outrage and controversy around Logan Paul’s (now self-removed) “We found a dead body” top trending Youtube video.

I’ll save my personal comment for later. Just wanted to pass this along. pic.twitter.com/JNTQDMVvT4

Paul himself demonetized the video upon upload, and appears to have removed the video down himself (although I’m sure YouTube would’ve gotten to it eventually). But even without monetization, the video will still make him money indirectly. For a YouTuber with 15 million subscribers, a demonetized video simply helps him increase his subscriber count and is basically an ad for his other videos. Now that the video has been taken down, people have been searching for a mirror. Meanwhile. Paul’s apology video is currently #1 on YouTube’s trending list, and he will likely have moved on to other vlogging topics in a matter of days.

I’m not trying to rob Paul personally of his source of income. He displayed poor judgement and taste, yes, but I believe the sincerity of his apology. But I guarantee he won’t be the last to do this: people have literally killed for the kind of fame and money he has, and stunts like this are how he got it. If YouTube wants to prevent these types of videos from happening, it needs to make sure its biggest creators are held accountable beyond backlash on Twitter.

One option would be a temporarily banning accounts or blocking them from uploading videos. Instead of simply making sure a video is removed and/or isn’t monetized, that would at least let creators know abusing the platform has real consequences. Instead of just moving on to new topics in a couple of days, creators would have to seriously consider the consequences of their content choices.

That’s not to say such a move wouldn’t potentially pose problems for other creators. YouTube has recently shown questionable judgement in its efforts to curb some content, and has already been raked over the coals for blanket and nonsensical demonetization, hurting smaller channels and often for no good reason.

So I’m not suggesting temporary bans as a substitute for demonetization, which is already a largely unhelpful algorithm-driven proactive measure. I’m suggesting it only for such cases as these: Proven violations with harmful (or at least grotesque) consequences, especially when committed by popular creators.

Whether YouTube likes it or not, the Logan Pauls of the world aren’t just fools who happen to use the site — they are YouTube for many people, and drive a huge amount of the site’s traffic and revenue. If Google wants to save face and actually correct worrying content, it can damn well make its biggest stars take their medicine.

Read next: You can now try the Pixel 2's single-camera portrait mode without a Pixel 2